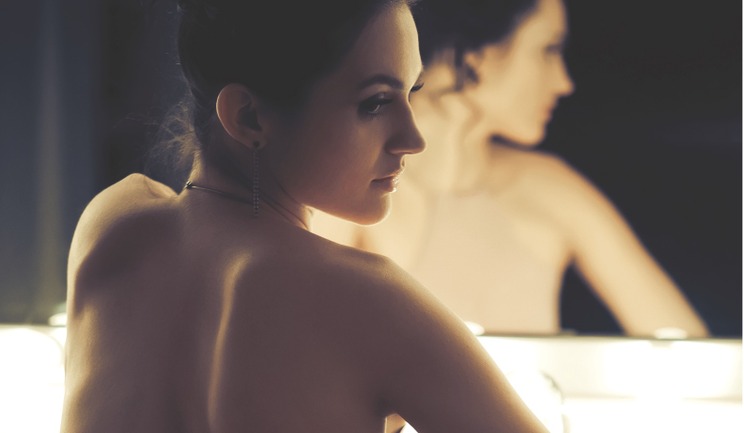 Body Dysmorphic Disorder (BDD) is a common problem in aesthetic practices, yet the condition still remains under-recognised and under-diagnosed.1 People suffering from BDD are concerned with minimal or non-existent defects, develop social avoidance and may become housebound or even suicidal.2,3,4,5
BDD is primarily a psychiatric health problem and patients usually consult dermatologists, plastic surgeons, other specialists or general practitioners, but not mental health specialists,6 as patients firmly believe that their disease is a physical problem. Even when their problem is recognised as BDD, it is important to be aware that patients may be resistant to engage with mental health professionals and seek psychiatric help. Instead, they may simply consult other dermatologists or plastic surgeons in the battle to achieve the image of ‘perfection’. However, once diagnosed, a holistic psychodermatological approach, focusing not only on the disease, but also on his/her psychological, emotional, physical, and social needs has to be taken into account and be treated.
The prevalence of BDD varies in different studies, but all have found that a high percentage of patients with the disorder presented in aesthetic practices. According to previous studies, the prevalence of BDD is 1.7-2.4%, but in the setting of general dermatology and aesthetic procedures, the population can reach 7-20.3%.7,8,9

The patient should be informed that this is a recognised problem and there is successful treatment, however some may not be ready during the first consultation to accept that idea

The fundamental issue with BDD is that the patient is preoccupied with a real (often objectively trivial) or an imagined defect in his/her appearance. The main areas of patient concern are the face and facial features, skin, breasts, genitals and buttocks.10 Patients can present signs of this disorder at any age, but most patients have noted that symptoms started to develop in adolescence and even childhood.10 Most patients with BDD spend considerable amounts of time in selfreflective, time-consuming and unproductive rumination. Ritualistic behaviours such as mirror checking are common, as are camouflage, covering ‘defects’ and ideas of reference (some patients believe that others have noticed their ‘defect’ and are acting on that knowledge). Affected individuals often need constant reassurance from others, but still continue repeatedly to seek dermatologic or cosmetic referral for correction of the ‘defect’.11 Co-morbidities such as social avoidance, depression, anxiety and suicidal ideation are common lifetime prevalences, with 24-28% for suicide attempts.3,4,5,9 In an observational study of 200 people with BDD, followed up for almost five years, the rate of completed suicide was 22 to 36 times higher than the general population.9

It is important to recognise patients with BDD in aesthetic practice for the following reasons:

Violent behaviour toward practitioners can also become a possibility. For example, 2% of BDD patients threaten their practitioners and surgeons physically and at least two cosmetic surgeons have been murdered by patients with BDD.15 According to one survey, 12% of plastic surgeons said that they had been threatened physically by a dissatisfied BDD patient.15
Once the diagnosis of BDD has been established, sympathetically discussing this with the patient is crucial, however it is important to still acknowledge that there is a visible difference in their appearance, (if there really is one). Dismissing the concern, trying to reassure the patient that they look fine, or telling them that they should not worry is usually ineffective. Do not argue about the diagnosis; listen carefully and with sympathy to the patient’s story, but allow enough time for discussion. One technique is to ask the patient to allocate a severity score for their ‘defect’, (this is usually 10 out of 10 for most patients), and then compare that with your own assessment of the severity of the ‘defect’ (which can be considerably less than the patient’s numeric severity assessment). A discussion about the ‘gap’ between the patient’s and the practitioner’s assessment can then be a way to open the discussion about the diagnosis of BDD.

Referral to a mental healthcare specialist or a psychodermatology clinic may be necessary in the management of BDD. The role of a dermatologist, surgeon or practitioner is to prepare the patient for potential psychiatric help. Without necessary preparation, the patient will usually refuse to seek psychiatric treatment and may continue their journey with other doctors. Discussing the distress caused by their concerns may help patients to understand the need for mental health referral. The patient should be informed that this is a recognised problem and there is successful treatment, however some may not be ready during the first consultation to accept that idea. Do not force them; just allow them enough time; keep a good professional relationship and ask if they would like to come again. Referral to local or regional psycho-dermatology clinics may be easily accepted by the patient as they may feel more comfortable to be seen in a dermatology clinic by a dermatologist and psychiatrist, as many patients may not want other people to know that they need psychiatric help and may feel ashamed to be seen going to a psychiatric department. The recommended treatment for BDD is cognitive behavioural therapy (CBT) that is specific to this disorder.20 Patients with moderate or severe BDD may require treatment with a selective serotonin reuptake inhibitor, often at the maximum tolerated dose for at least three months.11 Two randomised controlled clinical trials have proven their efficacy. The first trial found that fluoxetine hydrochloride, an antidepressant drug, is more effective than placebo in patients with BDD. The second trial compared clomipramine, a potent serotonin reuptake inhibitor, and desipramine, a selective norepinephrine reuptake inhibitor and results found clomipramine to be more effective in the treatment of BDD.23,24 Patients with severe problems should have continuing access to multidisciplinary teams with specialist expertise in BDD.

Based on our personal experience treating patients with BDD, the majority may be driven by media pressure in a ‘celebrity’ culture, together with greater availability and popularity of cosmetic procedures. But early recognition of BDD may help to prevent progress of the disease, to improve quality of life of the patient and of their family and may even help to save the life of the patient and the reputation and wellbeing of the practitioner.