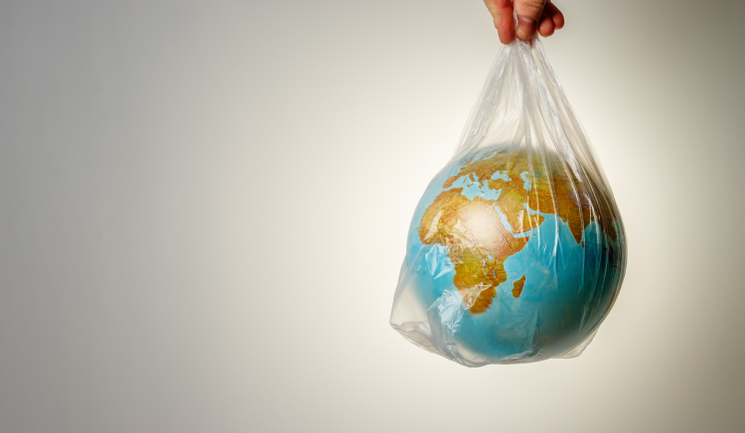 With Prime Minister Theresa May’s proposed plastic ban hitting the headlines earlier this year,1 it’s clear that the UK is starting to pay attention to the plastic crisis. From as early as next year single-use plastics such as cotton buds, wet wipes and straws may be banned, and this follows a series of measures that Britain has taken over the past few years to reduce our plastic usage and waste.

Plastic microbeads, tiny pieces of plastic measuring less than 1mm in diameter, were banned for use in personal care products such as whitening toothpastes and exfoliating face washes earlier in 2018, and the 5p charge on plastic bags has reduced the number of bags used by the billions since it was introduced in 2015.2

As well as these measures, television programmes including David Attenborough’s Blue Planet II have further highlighted the plastic issue and the effect it’s having on our marine environments. This has helped to raise awareness of the issue across the country.

However, despite these positive steps there’s still a responsibility between all of us to reduce our plastic waste. This is also true for aesthetic clinics, as practitioners are likely to use a number of disposable plastic items on a daily basis that could be contributing to the global problem.

What is the problem with plastics?

When plastic was first discovered it was heralded as a miracle material. Not only was it lightweight, versatile and strong, it was also nearly indestructible and didn’t biodegrade. This meant the material had almost limitless applications, and as it was cheap and easy to produce it soon became common, replacing alternatives such as glass and paper in many instances. Of course, what people didn’t realise was the long-lasting effect this would have on our natural world.

Plastic is particularly dangerous to marine life as it doesn’t biodegrade – it just steadily deteriorates when exposed to direct sunlight and fragments into smaller pieces called microplastics that become easier for fish and other creatures to mistake for food and accidentally consume. It’s estimated that a refuse truck’s worth of plastic is dumped into the ocean every minute, and a recent study concluded that up to 12.7 million metric tonnes of plastic ends up in the sea each year.3

It is not just sea-dwelling creatures that are affected either. It’s estimated that up to 90%4 of all seabirds across the globe have ingested plastic at some point in their lives – a statistic that reveals exactly how all-encompassing this problem has become.

Without further intervention, I believe the problem is likely to get much worse. The Ellen MacArthur Foundation even predicted that there will be more plastic than fish (by weight) in our oceans by 20504 – a suggestion that highlights just how close we are to destroying these precious habitats if we don’t change our production and waste habits.

Plastics in the aesthetic industry

If you look around your clinic, there are probably a number of plastic items within eyesight. They have infiltrated the aesthetic industry in a number of ways, and as many of these items are single use and often non-recyclable, it’s likely that most of them will be headed to landfills or escape to ocean environments to form part of the problem.

One of the main sources of plastic found in the aesthetic specialty is the packaging that products and equipment arrive in. This packaging is made to be disposable and therefore instantly becomes waste as it cannot be reused for any other purpose.

As well as plastic packaging, the industry is full of other examples of the material such as syringes, single-use equipment such as plastic gloves, disposable cups in waiting rooms and even the containers or bottles of cleaning products. In tattoo studios the use of plastic wrap is a common way to cover fresh tattoos, and in beauty salons cosmetics bottles and tubes are often plastic – not to mention the amount of make-up products that have glitter in them, which is effectively flattened microbeads and presents much the same risks to ocean environments.5

It’s estimated that as much as 150 million tonnes of plastic is not recycled globally each year.6 It’s no secret now that people need to look towards cutting down their plastic usage. In the aesthetic industry, this means finding non-plastic products that don’t compromise the level of treatment or service that is provided to patients.

The first step is to identify the plastic waste that your clinic produces. By keeping track of the plastic waste items that appear on a daily basis, you can establish the source and begin to explore alternatives. For example, say that your clinic throws away a lot of plastic cups from the waiting room every day, it would be a good idea to replace these disposable cups with ones made from paper or recyclable materials or even re-usable plastics, thereby cutting down the waste without inconveniencing your patients.

Another way to cut down on plastic waste is to educate your staff. By making colleagues aware of the effects that plastic is having on our oceans and encouraging them to make a conscious effort to reduce any plastic they bring into or use in the workplace, you can help minimise the plastic waste output that your clinic generates. Examples might include asking them to avoid bringing in plastic food wrappers and containers, and in the clinic you could also explore reusable alternatives to replace single-use instruments or make changes such as substituting plastic bibs for paper.

Of course, with items such as packaging for equipment, things won’t be so straightforward. Plastics are often chosen as packaging materials for equipment or materials by suppliers as it’s the safest and most convenient option. In this case and any other situations where plastic cannot be avoided, it’s important to ensure that you are disposing of your waste responsibly and recycling any plastic where possible. All plastic products will say whether they are recyclable on them, so by ensuring that those that can be recycled are placed in the proper recycling receptacles and are collected by the correct authorities, you can limit the amount of plastic that ends up in landfill or in our seas.

What are the implications?

The problem with trying to cut down on plastic use within the industry is that plastic is often the most effective material for the job. Disposable plastic sheeting allows hygiene standards to remain high and prevents the spread of infection, and plastic packaging is a perfect way to ensure that tools and materials arrive uncontaminated and sealed against bacteria.

There is already talk about how the plastic straw ban could impact people’s dental health,8 and this raises the question as to whether these ongoing plastic bans would have a similar effect on people’s general health. Reliance on plastic has grown to such a high level that it may be difficult to identify effective alternatives, and even once implemented, these other options could also possibly impact the environment in different ways depending on which materials are used, how these materials are attained and their source – all of which we cannot fully know until these alternatives become the norm.

No matter what alternatives to plastics we eventually adopt, the key thing to remember is that it remains our responsibility to limit plastic waste where possible.

Therefore, to help preserve our important eco-systems we need to re-use, recycle and remain vigilant against plastic waste created by clinics in the aesthetic industry. By implementing these measures, I believe we can protect the planet for future generations and learn to appreciate our natural habitats before it becomes too late.