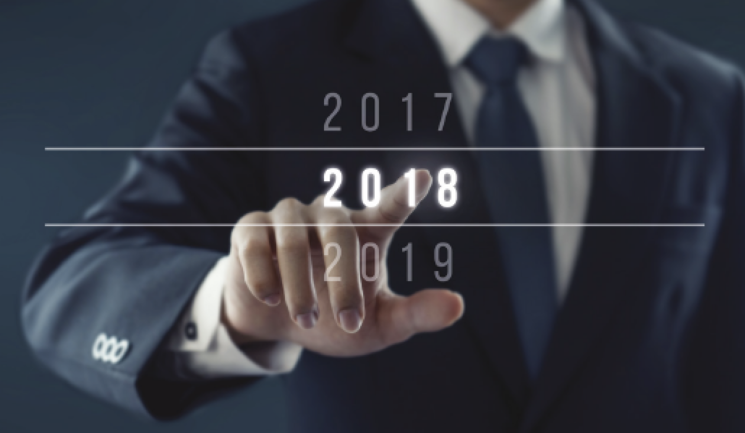 Five years have passed since Aesthetics first went to print and a lot has changed in that time. In 2013 we reported on the launch of new injectable products, skincare and devices promising to enhance patients’ results with little to no downtime and great profitability for practitioners. Some have stood the test of time, while others haven’t been so successful. Also hot on the agenda was regulation; in our first issue we published an article entitled ‘Stopping the ‘Botox’ Cowboys’, which covered the law surrounding prescribing and administering botulinum toxin. Unfortunately, articles like this would not be out of date today.1

But what has changed? In the last year, we’ve seen plenty more products and treatments come to market, as well as regulation development with the implementation of the Joint Council of Cosmetic Practitioners (JCCP) and Healthcare Improvement Scotland (HIS).

So, what are the leading practitioners in the specialty most excited about? And how do they see aesthetics evolving in 2019? We spoke to five of the Aesthetics Editorial Board members to find out…

"I think bioidentical hormone replacement therapy (BHRT) is a growth area, although having the bloods taken to assess patients’ hormone levels can be costly, which may be holding some people back. Some practitioners have questioned whether BHRT fits in aesthetic practice, but I do believe it does. Aesthetic practice should be holistic and we should address the signs of ageing that occur in perimenopausal women, so why would we not provide our patients with a treatment that can help them through this process and have a positive impact on their skin, energy and wellbeing? Many patients I see are on hormone replacement therapy (HRT) anyway, so BHRT could offer an alternative that doesn’t have the negative effects associated with HRT.7

Lately I’ve seen more and more patients seeking treatment in their 70s, who’ve never had treatment before and I wonder, why now? What has changed to make them come in? It may be the visibility and the acceptance of cosmetic treatments available them, or just the need to do something for themselves.

Generally speaking, they’re not seeking huge changes, they’re wanting some improvement but with realistic expectations. Older patients are often far easier to treat than younger patients, as they are generally happy with a lesser improvement, compared to the younger generation who scrutinise their looks far more. Many older patients don’t even like to see themselves in their photographs taken during consultation.

We’ve also seen an increase in transgender patients, looking to feminise or masculinise their facial features or reduce hair growth. From a British Association of Cosmetic Nurses perspective, of which I am chair, something we advocate to our members, regardless of the types of patients they see, is the importance of a thorough consultation and managing expectations. It can be daunting to treat a patient from a demographic you’re unfamiliar with, but if you take the time and care to really get to know what they want from a treatment, and advise them accordingly during the consultation, then one should see satisfied, returning patients."

"After introducing plasma therapy to my clinic earlier this year, I think it is definitely here to stay – we get great results on the upper eyelids. In my opinion, apart from a surgical blepharoplasty, there isn’t really an equivalent for the upper eyelids. For patients who don’t want surgery and just have mild skin laxity in this area, it works really well, especially in combination with Ultherapy to lift the brows. Patients will get significant swelling following plasma treatment though, so I often prescribe a three-day course of oral steroids to prevent this. I do have concerns with the plasma removal of lesions, especially by non-dermatologists. Personally, I would never remove pigmented lesions without a histology; unless it’s clearly a skin tag.

In terms of acne treatment, there has been an interesting meta study looking at isotretinoin and depression. This study did not confirm a link, which is my clinical experience too, with lower daily doses. There is now good data on the effectiveness of lower daily does of oral isotretinoin, which is what we tend to use today. One review, for example, examined the use of isotretinoin in low doses and unconventional regimens in different types of acne. According to the authors, “Although high doses of isotretinoin are recognised as a standard treatment, a number of clinical studies indicate that in most patients with a moderate form of acne, lower dosage of the drug is sufficient to achieve improvement and, what is most important, is safer because of significantly fewer side effects.”6

"Next year I think the biggest change we may see in the injectables market is the introduction of new botulinum toxins. Daewoong Pharmaceutical Co. is set to release Nabota via its global sales partner Evolus Inc to the US and European markets in the first half of 2019. The toxin is currently under approval review with the Food and Drug Administration (FDA), as well as the European Medicines Agency (EMA).2,3 Korean manufacturer Medytox is also expected to release another two products. The company formed a licensing partnership with Allergan in 2013, selling the development and commercial rights of Innotox, an injectable botulinum toxin.

In May this year, Allergan confirmed it would begin Phase III clinical trials of the drug. Medytox is also expected to receive approval to market Neurotox, another toxin product, in China.4,5 I’m really interested to see how these new products will influence the market if they get approval. They will add competition and we may see a shift in prices. As an independent training provider, it’s important that I offer training on a range of different toxins, as well as fillers, to ensure my delegates are exposed to the various products on the market and will be able to adapt their techniques and approach to treatments should more become available. This is certainly something that I will be implementing in 2019."

"The biggest change for me this year has been becoming registered through HIS. In April, HIS confirmed that aesthetic nurses who own HIS-regulated clinics can now legally stock prescription-only medicines, which has been really well received.8 Registrations and inspections are now being rolled out and I had my first inspection recently – I will get the results in a few weeks. I sit on the HIS board representing the BACN and there are lots of developments in the pipeline.

It’s important to acknowledge the criticism around the fact that HIS is only ‘regulating the regulated’. In other words, it regulates medical professionals who are, of course, already regulated by their medical bodies, such as the Nursing and Midwifery Council and General Medical Council. It doesn’t regulate non-medics, which means that Scotland is still rife with beauty therapists and other non-medics offering injectable procedures. The other point to bear in mind is that HIS only investigates the environment in which you are providing a registered service; it doesn’t look at whether you’re a good injector or not. But, regulation has to start somewhere and so far I think HIS has made a positive impact on aesthetics in Scotland and is hopefully leading the way forward."

"After selling my clinic last year and training many delegates completely new to aesthetics, the lack of business knowledge is something that has really stood out to me in 2018. At the end of the day, we’re medical professionals, not business people, so understanding the commercial aspects of running a clinic doesn’t always come easy. I would advise anyone entering aesthetics to also think of their exit strategy – you should always have an end goal in mind and then make a plan of how to get there. As well as working way past the age you want, not having a plan means it can be difficult to hand over the reins to someone your patients will be unfamiliar with, making your clinic difficult to sell.

For those managing clinics and staff, I’d recommend ensuring you establish a clear contractual agreement of their terms of practice from the outset. As aesthetics becomes even more popular, with more patients seeking treatment and more medical professionals entering the specialty, many new practitioners will want to gain experience in a clinic setting, before potentially establishing a competitor clinic nearby or offering treatments on the side, at a cut price. Not only could this have a negative impact on your patient numbers, but it could also mean that staff you employ are less motivated to work well for you. However, if you set clear boundaries with your employees, you should hopefully avoid this concern, maintain motivated staff and increase patient numbers with the additional skilful hands you now have."

There were certain aspects of 2018 that really got the Board Members talking. In particular was the apparent lack of reporting complications. Mr Humzah reflected on a presentation he gave in which he asked how many of the audience had experienced a complication, to which many raised their hands, compared to how many had reported it to the manufacturer or the Medicines and Healthcare product Regulatory Agency (MHRA), to which there was a significant lack of raised hands. All the practitioners emphasised the importance of doing so and the ease of completing the Yellow Card reporting through the MHRA. “I recently reported a complication via the MHRA website,” said Mr Humzah, explaining, “It was so straightforward – you just filled in a form, ticked whether you wanted to remain anonymous or not and submitted. It took hardly any time at all! I then had an email confirming that the relevant authorities had been notified. It’s vital that we build data on the number of adverse events that take place so we can identify any trends and issues with particular products or devices. It’s so simple to fill out a Yellow Card, so there’s no reason not to.”

Despite speakers and conference representatives clearly stating that this is against the rules, delegates still flout the rules. This, says Bennett, is disrespectful to the speakers and conference organisers, as well as being a serious breach of data protection. She notes, “Patients will usually consent to their photos being shown for educational purposes, and speakers may have used copyrighted material in their presentation that is only allowed to be used by them. The probability that any photos taken of patients during a presentation and being shared and used is a reality and in breach of GDPR.”

Partridge adds, “The worst is filming or taking pictures of cadaver training, even when it’s not live and just used on slides – it’s so disrespectful. Although, I do acknowledge that in some practitioners’ defence, they are using them for their own self-reflective learning.” Before getting cameras out in future, the Board Members agree that delegates should assume it is not allowed and always ask the speaker or company representative first.

In terms of regulation, the Board Members agreed that progress has been made in 2018 with the launch of the JCCP. Although not all members have joined, they were supportive of the move to exclude beauty therapists from joining at Level 7 for injectable procedures. Mr Richards said that his training company, Cosmetic Courses, is on the board and he is feeling really positive about it. “The difficulty is that they can’t stop therapists injecting, but they are making it more difficult to be recognised,” he said.

Looking forward, the Aesthetics Board Members agree that 2019 will be another exciting year for the specialty, with more product innovations and steps forward in regulation high on the horizon. Despite all coming from different professional backgrounds, they emphasise the value of sharing knowledge and working together in order to offer the highest level of care and safety to the increasing number of patients being seen in this ever evolving field of medicine.