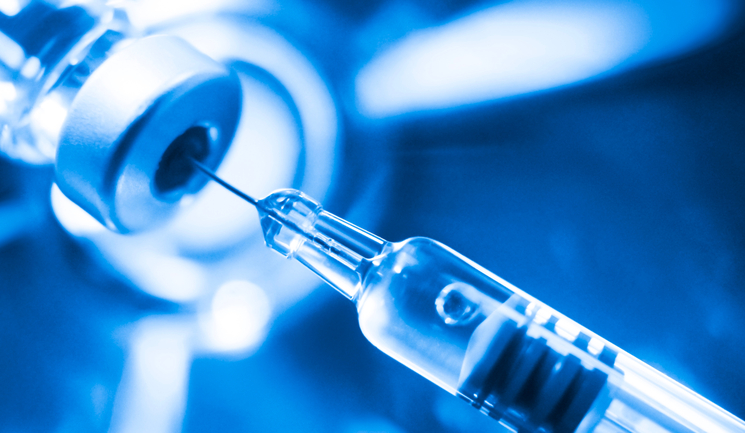 Aesthetics investigates how nurse clinic owners in Scotland are now legally allowed to stock prescription-only medicines in their practice.

Healthcare Improvement Scotland (HIS), the regulator for independent healthcare services in Scotland, has confirmed in a recent Stakeholder meeting that independent clinic owners who are registered with HIS can now legally stock prescription-only medicines (POMs) on premises. This, as Scottish independent nurse prescriber and clinic owner Frances Turner Traill has pointed out, is a welcoming change for many aesthetic nurse prescribers that own private clinics, who otherwise have not had immediate access to POMs such as hyaluronidase, botulinum toxin and lidocaine. So, how exactly has this change come about and what does it mean for nurses in Scotland?

Why do nurses want to stock POMs?

Historically, nurse prescribers, despite having much of the same prescribing capabilities as a doctor,1 have not been permitted by the Medicines and Healthcare products Regulatory Agency (MHRA) to hold POMs on premises without the presence of an on-site doctor.2 This is currently still the case in the rest of the UK. According to Turner Traill, this had not been an issue until the growth of nurses working within the aesthetics specialty. “20 years ago, nurses didn’t prescribe and they certainly didn’t own clinics.1,3 Now, the landscape has changed and in Scotland especially we have prescribing nurses who own large clinics, employ many people and carry out thousands of treatments every year. However, we still can’t hold stock,” she states, adding, “It was out of sync that nurses who are big players in the aesthetic arena couldn’t hold emergency stock legally.” Having emergency medications like hyaluronidase on premises, Turner Traill says, is essential in every aesthetic clinic that has practitioners performing dermal filler treatments. She explains, “It’s all about safety. The window of opportunity to have a successful outcome of a serious complication like vascular occlusion is quite short; therefore, you must be able to immediately respond to it with hyaluronidase to get the best clinical outcome. It’s important that all practitioners can treat potential aesthetic complications and access the correct medication in an emergency situation.”

“HIS negotiated on behalf of the BACN and all nurses who own a HIS regulated clinic that the stock issue had to be rectified with the MHRA to protect patient safety above all else”
Frances Turner Traill, nurse prescriber

How did change come about?

According to HIS, legislation that came into force in Scotland in April 20164,5 which requires all independent clinics to be registered with HIS in Scotland was the key catalyst for this change. Turner Traill, who represents the BACN for HIS, and is also on the HIS advisory board, said the BACN has been in discussions with HIS and the MHRA for several years to lobby for change. “It was a discussion that we kept having with HIS and I thought that we had to sort this out because it was going to look at odds on the regulatory side of things in Scotland if HIS-registered clinics couldn’t hold stock legally, particularly in an emergency. Finally, the penny dropped and HIS negotiated on behalf of the BACN and all nurses who own a HIS regulated clinic. They realised that the stock issue had to be rectified with the MHRA to protect patient safety above all else.” After communications with the MHRA, a spokesperson for HIS confirmed with Aesthetics, “The MHRA has advised us that a nurse or a nurse independent prescriber cannot order and stock prescription-only medicines or pharmacy medicines in their own right. However, any ‘persons carrying on the business of an independent clinic’ are able to order and stock prescription-only and pharmacy medicines in connection with the running of the clinic.”6

Turner Traill adds, “Essentially, from a nursing point of view, nurses cannot hold stock legally unless they also own a HIS-registered clinic. Basically, it’s a slight change in the interpretation, not the law, which has huge benefits for us as nurses. But, we do have to have checks, balances and management protocols in place that will satisfy our regulators, HIS and the MHRA.” Such protocols include ensuring medicine storage is secure and correct, which may include a designated refrigerator approved for the storage of temperature-controlled medicines, according to a medicine’s legal category.7,8 As for the rest of the UK, nurses are still not permitted to stock POMs.2

Aesthetics contacted the MHRA to ask if change was on the horizon, but a spokesperson simply stated, “We are not aware of any plans to widen the definition in England.”9 Turner Traill said, “Our friends in the other three countries of the UK are keen to be able to hold stock too, so the BACN board is leading the way with discussions and negotiations.” BACN vice chair and registered nurse prescriber Andrew Rankin, adds that this will only occur with either a change in the law or a significant reinterpretation of the law. He explains, “There is nothing the BACN can do directly, but fortunately we are in the position where we can at least discuss the matter with the MHRA and explain the problems that come from this inability to hold stock. I believe we can evidence that nurses really do provide best practice in prescribing that justifies holding stock and I think ultimately it will be a case of the MHRA directing how best to move forward with this.”

The future for nurses in Scotland

As well as the safety perspective, this change has many other benefits to HIS-registered Scottish nurse prescribers who are clinic owners, as they can also stock other common POMs such as botulinum toxin and lidocaine. Nurse prescriber and clinic owner Michelle McLean, who is also the Scottish regional leader for the BACN, explains that this change will have a very positive impact on her clinic and patients. “It will make our business run more seamlessly. Nurse-led clinics will now be able to run in the same way as a doctor-led clinic. This means nurse practitioners won’t have to employ a doctor just so they can stock medication when we have the same prescribing rights. It is also beneficial from a financial aspect. For example, previously if someone only needed one area of botulinum toxin treated you would have to order them a full vial and discharge the rest as the vial was patient specific, but now this is not the case,” she says. Rankin adds, “I think it is quite an exciting time for nurses in Scotland, the ability to hold stock really does open up your practice to serve your patients better.”

McLean concludes that she believes it’s a time in history for nurses. “This is where things are going to move forward for nurses to become more empowered and independent; it’s just a really good thing for both nurses and patients. The regulation has caught up with the times and it’s great that we can run an independent practice and know that we are doing everything correctly,” she states.