Should Dermal Filler be a POM? 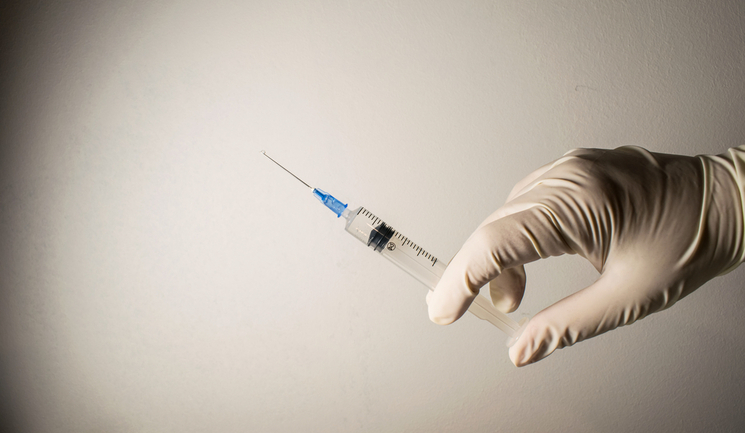 Dermal filler use in the UK has been the subject of significant debate in recent years due to extensive media exposure of complications arising after treatment.

This is sparking conversations by medical practitioners on how to reduce such complications, with one question being whether dermal fillers should be classified as prescription-only medicines (POMs) instead of medical devices.

The BMJ (formally the British Medical Journal) recently conducted an online poll to find out if its website users thought that dermal fillers should only be available through prescription. Of the 1,054 votes, 877 (83%) said ‘yes’, while 177 (17%) voted ‘no’.1,2

It should be noted that the survey, which was targeted towards doctors, researchers and other healthcare professionals, was relatively small and is purely creating discussion, not reflecting any actions that are actually taking place by the Department of Health.

However, arguably the results reflect the views of many practitioners in the medical aesthetic specialty, several of whom have shared their views on social media.

So, why have professionals voted so strongly for dermal fillers to be made POMs? And, what would be the likely outcome if they were classified differently?

Dermal filler was once a POM

Despite dermal filler only being available on prescription in countries such as the US,3 it is currently classified as a class III medical device in the UK.4 Therefore, it only requires CE marking under the Medical Devices Directive for approval to market and does not require a prescription.4 However, this has not always been the case.

In 1981, bovine collagen was approved by the Food and Drug Administration (FDA) as a filling agent5 and according to Amanda Cameron, who was head of Collagen UK at the time, it was only available through prescription. “I was employed by Collagen Corporation from 1989 and it was licensed as a POM only. The status of fillers changed when the Medical Device Directive came into effect in 1995. The directive was implemented to provide a harmonised regulatory environment for medical devices sold within the EU.6 Since then, all fillers in the UK have been classified as a medical device,” she explains.

Consultant plastic surgeon and clinical director at the Private Clinic and Cosmetic Courses, Mr Adrian Richards, remembers using collagen in his clinic. He explains, “When I began using dermal fillers, the mainstay of treatment was based on collagen. At the time, we were less aware of the potential long-term implications and complications that can occur as a result of filler treatment. Now, most dermal fillers are based on hyaluronic acid and many contain a POM – lidocaine, a local anaesthetic agent.”

While some people argue that dermal filler shouldn’t be a POM as some do not contain lidocaine and therefore does not have a pharmacological effect on the body, Mr Richards says, “In my opinion they should all be classified as POMs whether they contain local anaesthetic or not. This is because they are injected under the skin and have the potential to cause adverse reactions.”

According to practitioners interviewed for this article, the main issue concerning filler being classed as a device, rather than a POM, is that it can enable people without medical training to have access to the products.

Sharon Bennett, independent nurse prescriber and chair of the British Association of Cosmetic Nurses, says, “Medical professionals have grave concerns over products being available to anyone. The practice puts patients at risk in terms of not being properly and clinically assessed beforehand, as well as for the management of a complication occurring during or after treatment, such as necrosis, delayed onset nodules, infection or even blindness, as the non-medical practitioner will not be able to manage it.”4,7

A number of official recommendations have also suggested change. In 2013, the Keogh review stated that, “Legislation should be introduced to classify fillers as a prescription-only medical device,”8 and recently, The Nuffield Council on Bioethics published similar recommendations. It said, “We recommend that the Department of Health bring forward stand-alone legislation to make all dermal fillers prescription-only. The Council believes it is unethical that there is nothing to stop completely unqualified people from providing risky procedures like dermal fillers.”9,10

Along with these concerns, Mr Richards believes that there are also issues when advertising dermal fillers. He says, “It is illegal to advertise a POM directly to the public in the UK, but as dermal fillers aren’t classified as POMs, they can be advertised. In my opinion, this is a problem because I believe that a medical professional is the best person to advise and discuss with the patient the best solution for them, as opposed to the patient coming to them because they have read about the treatment in the newspaper.”

Although restricting advertising might mean that clinics could have challenges in communicating their services to the public, Bennett says that it could have a positive effect overall for the specialism, “Reducing the advertising of fillers would help in inhibiting the cut-price offers that we see frequently happening, which are regarded as enticement.”

What could happen if filler became a POM?

If dermal fillers were to become POMs, Bennett notes that there will be both positive and negative implications that practitioners should consider. “It would place restrictions on non-medical practitioners from accessing and administering filler treatments and patients will be more likely to be counselled correctly, in a more clinical manner.”

Mr Richards says another positive is that it could improve the safety of products due to scrutiny in testing as well as reduce the high number of fillers, which can make it hard for practitioners to determine which are the safest to use. “POMs are tested more than devices.11 In the US, there are only a small number of fillers that are approved by the FDA, whereas here all that fillers need is a CE mark and there is much less testing. This means that a new filler can be on the market very quickly,” he says.

However, if dermal fillers were to become a POM, Bennett notes that there are other considerations that practitioners should take into account, which may negatively impact the specialty. “From a nurse’s perspective, it would make working difficult for those who don’t yet have their prescribing qualification and there are many excellent nurses out there who are non-prescribers,” she explains.

Bennett also notes that, “People need to remember that just because you are a prescriber, it doesn’t mean you are an experienced injector or competent. A prescriber can prescribe for anyone who is legally allowed to inject but those who prescribe must be able to evidence their competence in the very procedure they prescribe for. Policing this is exceptionally difficult.”

She adds, “The other consideration is that it could open the door to ‘career prescribers’, who will make money from prescribing, and potentially push the practice underground even more if it’s made into a POM. Non-medics will still manage to get hold of it, as we have seen with botulinum toxin.”

Finally, Bennett suggests that licensing would also need to be considered, “With a POM, the medication will be licensed for a particular use, so with fillers, I suspect, it would be similar, which would probably mean that it will be used off-licence.”

As discussed, this licence is likely to be harder to get, which Bennett says could reflect on the costs of the product. She explains, “It would be economically more challenging for manufacturers – they would need to produce significant evidence to support licensing. Of course, it could reduce the number of fillers available to us, and therefore restrict the market, leading to a likely increase in costs to practitioners and then patients.”

Is making filler a POM the answer?

Many medical practitioners agree that there are benefits, but that making filler a POM is not the only answer. Mr Richards says, “I think this whole specialty needs to be more regulated. In the UK it’s like the gold rush, it’s a young industry and it’s growing so quickly that we haven’t had the chance to develop the regulations in proportion. The move towards tougher regulation, with a registry of practitioners and a Level 7 qualification to demonstrate safety, can only be a good thing.”

Bennett agrees that more needs to be done, “I think making filler a POM tidies up a little concern, but it’s not enough. In my opinion, the government should pull their socks up and limit aesthetic practice to those on the General Medical Council, General Dental Council and Nursing and Midwifery Council. Practitioners on these regulatory registers should then equally have to demonstrate evidence of a certain level of accredited training, which again should be within fixed guidelines and regulation. Of course we will have the Joint Council for Cosmetic Practitioners register as well, which will have strict membership criteria, and we do have other voluntary registers too. Those not on these registers should not be permitted to practice and the public can be directed to specialists.”

Surveys such as those conducted by The BMJ are important in raising awareness and creating discussion amongst the medical community. Mr Richards says, “My answer to The BMJ survey would mirror the majority of those who responded, in that I think dermal fillers should be POM.”

However, Bennett adds, “In a nutshell, I think that we have to be careful what we wish for – making filler a POM isn’t all positive. I think that controlling those prescribing and those who deliver the treatments will be more effective than controlling the medication. So, it ticks a few boxes but it doesn’t tick enough boxes for me, and it won’t address all the problems.”

Although for some, there may not be a clear-cut, simple ‘yes’ or ‘no’ answer, others do believe that making dermal fillers available only through prescription could be a step forward in helping to reduce the number of non-medical practitioners performing these treatments.

However, until the Department of Health releases any indication of change, this debate remains merely a discussion.