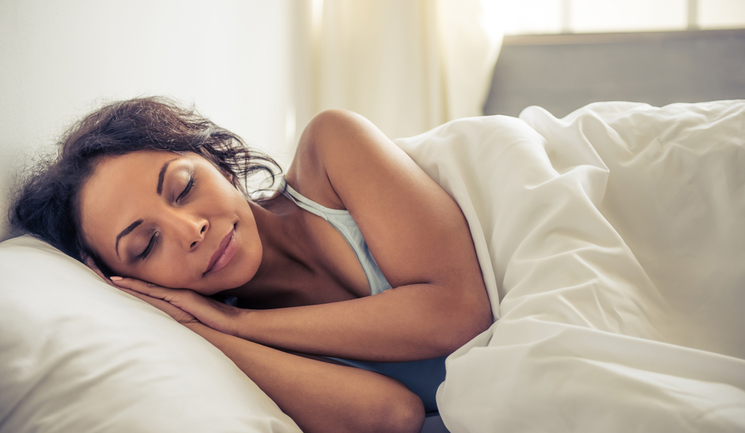 Sleep deprivation has been recognised to be associated with an increased risk for many chronic diseases, such as hypertension, diabetes mellitus, obesity, cardiovascular disease, depression and even cancer.1 So, should skin health be added to the list of medical conditions that are affected by poor sleep?

When it comes to antiageing treatment or prevention, it is rare that one reflects upon their sleeping patterns or sleeping habits. This article shines light on the term ‘beauty sleep’ and explores the various mechanisms by which poor sleep quality can cause skin ageing and the clinical studies that have demonstrated this link.

Sleep is vital for the growth and renewal of many physiological systems within the body and it is strictly controlled by the circadian system. The circadian system is an organism’s 24 hour oscillations of rhythmic expression of physiological functions and behaviour and is entrained by the ‘master clock’, which is located in the suprachiasmatic nucleus (SCN) of the hypothalamus.2 This master clock, in response to environmental cues, regulates a person’s sleep pattern, body temperature, cardiac activity, hormone secretion, oxygen intake and metabolic rate.2 It is also known to protect against systemic inflammation and DNA damage.3

In recent times, mammalian peripheral clocks and clock gene expression have been researched and it has been found that these clocks are present in all nucleated cells in our body. The skin, being the largest organ of the body, also possesses cycles, which receives timing information from the ‘master clock’ in the SCN via a combination of sympathetic innervation and secreted hormones.2 Given the role of the skin as a physical barrier between the body and the external environment, the skin carries out physiological functions in order to maintain homeostasis, despite external changes such as humidity, temperature and UV radiation, as well as internal changes such as stress or hormone levels.3 Evidence of the existence of the skin circadian clock was presented in a study by Zanello et al. in 2000.4 Oscillators were found to be present not only in fibroblasts, but also in epidermal keratinocytes and melanocytes and coordinate together to carry out timely functions of the skin. It is likely that this multi-oscillatory system is vital in fine-tuning skin physiology in response to external and internal stimuli and, hence, allowing the skin to effectively carry its role.3 In addition, as the skin is an active endocrine tissue, it is suggested that this tissue may contribute to the humoral signals to synchronise the rhythms of the rest of the organism.4

Good quality sleep helps to regulate hormone levels and metabolism. When sleep is disrupted, hormone levels destabilise, the metabolism is affected and stress is induced on the body. The major hormones that are affected by poor sleep are cortisol, melatonin and insulin.5 Inflammation, damage to DNA and oxidative stress have also been linked to sleep deprivation. These adverse pathophysiologic consequences, in turn, contribute to signs of ageing such as wrinkling and alterations in pigmentation.5 A group of researchers from the Skin Research Center in Hamburg, discovered that a circadian transcription factor present in the human epidermis which controls keratinocyte proliferation, Kruppel-like factor 9, is affected by the hormone cortisol.6

In addition, it has been reported that over-production of glucocorticoids triggered by sleep deprivation may alter the structure of lamellar bodies and collagen molecules, impairing the integrity of the skin as well as mucous membranes.7

Insulin is another hormone affected by sleep deprivation. An elevated level of serum glucose occurs following disturbed sleep due to a reduction in glucose clearance, and a decrease in the activity of insulin, partially due to high level of glucocorticoids. An increase in glucose level has been found to impair the proliferation of keratinocytes and fibroblasts. The morphology of keratinocytes is altered and terminally differentiated cells arrest without further generation of new cells, affecting the function and integrity of the skin.5 As part of the circadian rhythm, a higher level of melatonin is released from the pineal gland by stimulation from the suprachiasmatic nuclei (SCN) of the anterior-basal hypothalamus during the night. It is important in increasing sleep time, improving sleep maintenance and reducing sleep latency. The role of melatonin at the level of the skin has also been demonstrated. Its place in skin functions such as hair growth, hair pigmentation, antioxidant activity and protection against UV damage are compromised when its levels are dysregulated.5

Sleep deprivation has also been associated with DNA damage, oxidative stress, and a decline in immune function, according to studies performed on murine models.2,5 In fact, it has been reported that high levels of oxidative stress induce resetting of the clock and synchronisation in cultured murine fibroblasts, giving negative repercussions.2

A study by Axelsson et al. in 2010 demonstrated the facial aesthetic effects of restricted sleep. It photographed 23 healthy participants (age 18-31) who were photographed after a normal night’s sleep (eight hours) and after sleep deprivation (31 hours of wakefulness after a night of reduced sleep). The photographs were rated by 65 untrained observers (age 18-61). It found that subjects who suffered disturbed sleep patterns appeared less healthy, less attractive and more tired with changes in skin colour.8 Another experimental study in 2013 more specifically noted paler skin, more skin wrinkling, dark circles, skin laxity around the mouth and swollen eyes as a result of sleep deprivation in 10 facial photographs after normal sleep and after 31 hours of sleep deprivation. In addition, sleep-deprived subjects appeared to look sadder, which was related to looking fatigued.9

A cross sectional study which was performed by Oyetakin et al. in 2015 evaluated if sleep quality in 60 women was associated with skin changes. The Pittsburgh Sleep Quality Index (PSQI) self-assessment questionnaire was used to assess sleep quality of the individuals. This evaluates seven components of sleep: duration, disturbances, latency, daytime dysfunction due to sleepiness, efficiency, subjective sleep quality, and medications needed for sleep. It was found that subjects who slept less than five hours per night exhibited greater signs of intrinsic ageing, which included: uneven pigmentation, fines line and wrinkles, skin laxity, loss of subcutaneous fat and the growth of benign lesions.10 A link was also established between good quality sleepers and better recovery from UV-induced erythema, and better self-perception of overall appearance.10

Good quality sleep can protect the skin from premature intrinsic ageing through hormonal balance, reducing oxidative stress, protecting against inflammation and DNA damage, and maintaining optimum immune function.3 Evidence has shown that disruption in the circadian rhythm of hormones through sleep deprivation results in skin damage and accelerated ageing.2

Learning that the skin exhibits its own circadian rhythm allows us to understand a little better the complex behaviour of skin and its role as a major organ with precise regulation and systemic effects. More research is needed to explore the link between poor sleep quality and affected skin function and premature skin ageing. Mechanisms have been proposed, however high level of evidence to prove them is lacking. Additional research should be also encouraged to understand the coordination of the various clocks within the human system.