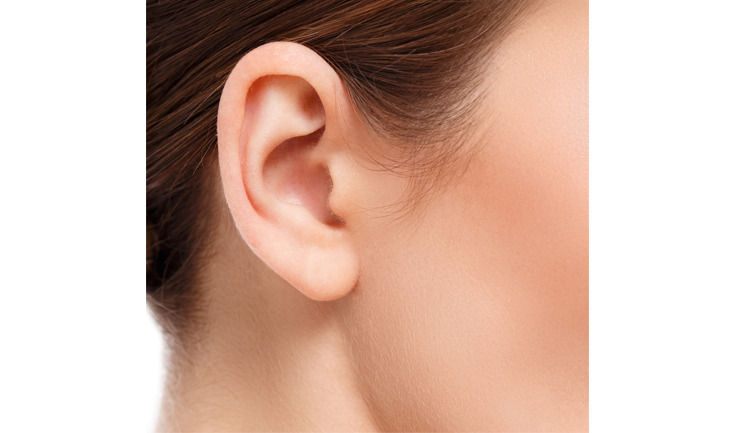 Following Allergan's acquisition of the earFold device, Aesthetics investigates the efficacy of the implant and how it can be used in practice

The standard surgical procedure for pinning back ears is said to have originated in the 5th century BC, when Ayurvedic physician Sushruta developed the first otoplastic techniques.1 Through the centuries the treatment and technique for surgically altering prominent ears has been refined and improved, but it has not been without its drawbacks and complications. Mr Norbert Kang, consultant plastic and reconstructive surgeon and inventor of the earFold device, for the use of surgeons, wanted to improve upon the standard treatments available for correcting prominence of the ear as he felt that these treatments can often cause problems, He explains, “When it comes to pinnaplasty procedures it’s like me saying to a patient with hip pain, ‘I can do your hip replacement, but you’re going to have to accept (up to) a 20% complication rate and there’s a one in five chance that you might need to go back to the operating table, and the outcome after that might still not be quite right but you’ll just have to accept it.’ That wouldn’t be acceptable for most surgical procedures but for many years, that’s what we’ve been expecting our patients with prominent ears to put up with.”

In 1994, Mr Kang was part of a team carrying out a standard pinnaplasty operation on a teenage girl. She was due to be treated under local anaesthetic, but when she saw the needles and clinical setting she panicked and asked to be put under general anaesthetic instead. With the backing of her parents, the team carried out the patient’s wishes, but sadly, once under the anaesthetic, she never woke up. It was this experience that spurred Mr Kang to create the earFold, a non-invasive device for the treatment of prominent ears “It’s one of the occasions that’s stuck in my mind,” said Mr Kang. “It wasn’t the ear pinning itself which was fatal, but just because she wanted her ears pinned back we gave her a procedure which carries with it a risk of death, due to the use of general anaesthetic. No one should die just because they are bothered by how they look.” Consultant plastic surgeon Mr Nilesh Sojitra, who has been trained by Mr Kang on using the earFold, explains that the ‘device started off as a coat hanger which Mr Kang created in his garage’. “He started off by bending the cartilage and putting stitches in the ear to correct the prominence, and then he thought, if there was something he could make, that would do the same job, then why not?” Mr Kang explains, “I was presented with a problem and thought, ‘how can I solve it?’ so I brought together lots of different strands of information I had and put them together in one place.”

The procedure for earFold, which is suitable for adults and children above the age of seven, works by folding back the ear through the insertion of a small implant made of nitinol metal alloy. Nitinol belongs to a class of materials called Shape Memory Alloys (SMA) and these alloys can be made to remember a particular shape; hence, the earFold implant has been designed to a pre-set shape, and when released, the implant grips the cartilage and folds the ear into the desired new shape. The implant is also coated in 24-carat gold to reduce its visibility through the skin. Most patients will require one or two implants, depending on the look they wish to achieve. The implants are permanent fixtures and are designed to be completely biocompatible in the patient’s ear, although Mr Sojitra explains that some patients who have had the implant removed for medical or other reasons have still retained some of the results. For instance, one woman who started a chemotherapy treatment for cancer decided to have the implants removed, yet still retained some of the shape.

During the consultation the patient and surgeon can decide together on the best position for the implant to achieve the desired outcome. Unlike consultations for a pinnaplasty procedure, practitioners can demonstrate the outcome to patients by using the preFold positioning tool. The positioning tools are made out of the same nitinol material as the implant and are placed on the ear using clear, self-adhesive strips, but can be moved to any position on the ear until the patient is satisfied with the location and how they look. This allows the surgeon to show the patient almost exactly what the ear will look like once the implants are in place. Dr Sojitra explains, “When you see patients for a pinnaplasty they ask questions such as, ‘How far back will they go? Will it look fake? Will they look stuck to my head?’ but using the preFold can give them a really good idea of how it will almost exactly look.”

Once the patient is happy, the position of the implant is then marked on the skin with a marker pen. This initial assessment will then be repeated on the day of surgery to confirm the desired correction.

On the day of the procedure, the patient’s ear(s) is cleaned with an antiseptic solution and a drape is placed over the ear to create a sterile operating area. A local anaesthetic injection is then used to numb the ear. Once the skin is numb, a small incision is made, around 10mm in length, and the skin is lifted away from the cartilage to create a tunnel, which creates space for the introducer. The introducer is then used to position the implant and release it. Once the implant is released and in place, it adopts its predetermined curve, which folds back the ear cartilage to reduce the prominence of the ear, thereby creating or enhancing the natural shape of the antihelical fold. The incision is then closed with two or three dissolvable stitches and simple adhesive dressings are applied.

“Once we’ve done the treatment, so many patients are reduced to tears,” explains Mr Sojitra. “They don’t have to wait for a week for the bandage to come down like they would after surgery. Of course, there is some bruising and swelling as it settles down, but there is with most procedures.” He adds, “It’s a process that takes only five minutes per ear if you exclude the planning. I used the earFold to treat someone recently who had a wedding at the end of the month, if it was a standard procedure, she wouldn’t have been able to have her ears corrected in time.”

Mr Sojitra explains, “You don’t have any of the risks that are associated with general anaesthetic, which can be the biggest drawbacks when it comes to traditional surgery. The patient will only have a very small scar in the front of the ear, instead of a long scar at the back of the ear; which has the associated risk of keloid scarring that can be devastating for the patient. Since we started using the earFold, we haven’t seen any keloid scarring in the 3,000 implants we have done so far.” The patient is likely to experience some discomfort once the local anaesthetic wears off and this may continue for a couple of days. Patients are advised to take painkillers if they feel any pain. Bruising and swelling should also be expected but should settle in seven days. Some sensitivity may be felt for up to 12 weeks post surgery.

Surgical correction of prominent ears carries a 24.4% chance of recurrence;3 surgeons using earFold implants have reported a 0% recurrence rate to date, according to unpublished data studying 403 patients. Mr Sojitra said, “The problem with the surgery is that the stitches can slip, loosen or snap and the ear could get pulled; that’s why patients must avoid contact sports for at least three months. Patients also need to wear a ‘tennis band’ at night for at least three months, but even so, the ear could pop-out at anytime. The bonus with the implants is that once that clip is on the ear, there is no chance of recurrence.” Infection can be a complicating factor but patients are now given antibiotics before the procedure, which has decreased the amount of instances to virtually zero. “There were also some early cases where the implant had eroded through to the skin, but this was more-so in patients who had risk factors, such as heavy smokers,” explained Mr Sojita. “A lot of the problems, in general, have been put down to a learning curve; we’ve learnt a lot from the first 15/20 patients that were treated. For instance, there was originally issues with seeing the implant under the skin, so then we plated it in 24-carat gold which seems to have resolved the problem.”

The earFold potentially presents a revolutionary and less invasive alternative to traditional ear correction, with more studies being carried out to improve the current method. Mr Kang says, “We’re currently doing clinical studies that look at patient satisfaction and how we can refine what we’re doing; looking at the aesthetic outcomes as well as the safety. I think the biggest hurdle is getting people to understand from a technical aspect how it works and then to use it judiciously in a careful and considerate manner.” He concludes, “We’re pretty confident we can correct ear prominence, we’re pretty confident we can do it safely, but it’s a different thing to say we can do both of those things and still make the ears look beautiful. So that’s what we will continue to work on.” Before surgeons can use earFold they must attend a vigorous training programme with the Allergan Medical Institute, which involves a half-day of presentations on the earFold procedure, practical sessions on using preFold, and applying earFold to silicone ears (and sheep’s ears) as well as sitting in on a live procedure with an earFold expert, such as Mr Kang. Training is now taking place for plastic, ENT and maxillofacial surgeons wanting to use the device in practice.