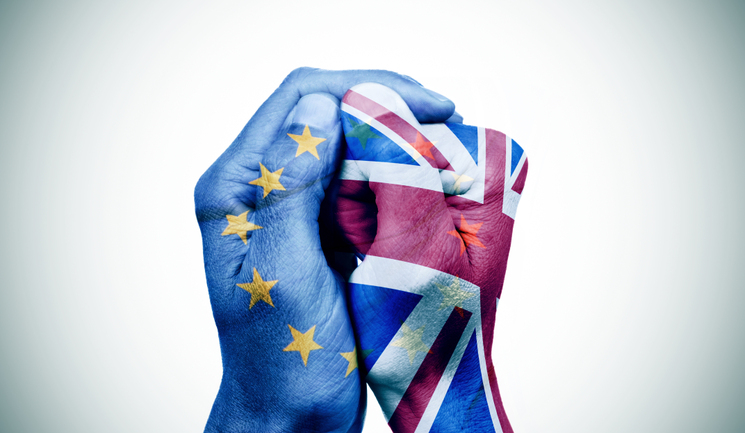 On June 23, more than 30 million people voted on the UK’s future within the European Union (EU).1,2 After 52% of these voters opted to leave, many economists have argued that Brexit will have an impact on the British economy, affecting a wide range of industries. In a poll conducted by the Financial Times, economist Panicos Demetriades said, “There is no doubt that Brexit is a factor that will weigh heavily on the prospects of the UK economy and beyond.”3 ‘Remain’ campaigners argued that one of the biggest benefits of staying is the ability to be included in the ‘single market’ allowing for the free movement of goods, services, money and people within the EU.1 Exiting the EU could mean that the UK no longer has access to this, which may impact import prices and EU registration and could also affect the movement of people and information within the industry.3 With a new prime minister in place, Theresa May is likely to soon initiate the process for exiting the EU by invoking Article 50 of the EU Treaty, which allows two years to negotiate the terms of withdrawal. She said in a statement, “Brexit means Brexit, and we are going to make a success out of it.”5 Since the vote, professionals in all sectors have discussed the potential implications it could have for their industry. So, what are the concerns surrounding the aesthetics industry? And how do some think that this vote might impact the current UK market?

European import costs and the value of the British Pound have been noted as a significant worry for some UK-based distributors. Lorna Bowes, an independent nurse prescriber and director of AestheticSource, explains, “We have a business model that relies on importing skincare brands from America and Europe – so the immediate effects of ‘out’ will be a really hard hit on our margins due to the value of the Sterling versus the US Dollar and Euros, so that is my immediate concern.”

Some practitioners are also predicting increased costs, and are worried they might have to pass this on to the consumer. Medical director of Linia Skin Clinic, Dr Simon Zokaie, says, “Products that are manufactured in Europe may increase in price and, because of the current exchange rates, UK distributors may also increase their new stock prices to clinics.” The chair of the British Association of Cosmetic Nurses, Sharon Bennett, says a heightened product price could cause further problems, prompting, “People to look elsewhere for cheaper and potentially substandard products. I hope that the manufacturers here decide that keeping the products competitively priced is of strategic interest to them and we won’t see any change.” Bowes believes this will be the case for many distributors. “From the industry side of aesthetics we have a choice – we either put our prices up, or, as AestheticSource will do, we absorb the margin change ourselves. I don’t think the practitioners will carry the burden of the costs, I think the distributors and the manufacturers will carry it.”

Another major concern being discussed in the industry is the uncertainty surrounding the fate of the European Commission’s (EC) CE Mark and its EU Cosmetic Directive. Bowes explains, “We have products that are CE Marked and products that are registered under the EU Cosmetics Directive. Both of these are European law and so, by exiting Europe, we don’t know how we will be affected.” Consultant reconstructive and aesthetic surgeon Mr Dalvi Humzah says, “What’s the point of having a CE Mark if we are not in the EU community? After Brexit the CE Mark could have no standard in the UK and anything produced in the UK is likely to have to conform to a different mark to the EU.” Dr Zokaie adds, “The CE Mark applies to the EU! So this is a concern, what would it mean to us? Will it have any meaning to the UK?”

The CE Mark is issued by an authorised third party Notified Body and appears on products to show that it adheres to the EC’s relevant Directives, a form of legislation that sets out requirements that products must meet in order to sell them in Europe.6 Brexit could mean that UK products would not be able to claim automatic entitlement to market medical devices in the EU and would have to go through the same, lengthier process as other countries outside the EU.8 The British Standards Institutions (BSI) is an EU medical devices Notified Body and said in a statement, “We anticipate that products already certified and those certified while the negotiations progress, will continue to be accepted by the EU authorities and member states of the EU.”7 The EU Cosmetic Directive mainly concerns the regulatory framework for market access, international trade relations and regulatory convergence for cosmetic products.9,10 For products coming into the UK, as the UK will no longer be a part of Europe, practitioners are wondering if we will create our own Mark or Directive for companies to sell products in the UK. Bowes says, “This could be a benefit, but I would strongly urge the government, if it is going to have a UK cosmetics directive and our own device registration process, to mirror what we have currently got.”

Mr Humzah comments that he is particularly concerned about the impact Brexit will have on the sharing of information, techniques and medical developments between Europe and the UK. He says if there are restrictions on the freedom of movement it may impact the amount of people moving to the UK to set up clinics. Although many might see this as a positive factor resulting in less competition, Mr Humzah sees it as a negative. “I think this would be a bad thing – we learn from each other by having a lot of people in the UK doing things slightly differently. I think we would lose out by not having them practising in our community.” Although Bennett agrees, she argues that Brexit may discourage people who are not medically trained from coming to practise in the UK, explaining, “At present, anyone can treat here in the UK, and also any non-medical practitioner can come into the UK and practice who might ordinarily be unable to do so in their own country, where regulations are in place. Without a regulatory body for these individuals, tightening the laws on who can work in the UK could be beneficial to patient safety.”

Something to think about Although the two-year process for initiating Brexit is yet to begin,1 practitioners argue that it is important to start considering the potential implications it will have on the aesthetic industry. Bennett says, “The BACN is closely monitoring any future changes that Brexit may have which could impact our members’ future practice. For now, we see no foreseeable significant change in our aesthetic practice and we are working closely with manufacturers, the DoH, MHRA and other stakeholders ensuring we are well informed.” Speaking on the Brexit as a whole, Mr Humzah says, “Whatever our opinions were before the vote, now it’s time for us all to work together to develop a strong aesthetic community that will benefit our patients.”