The Future of the JCCP 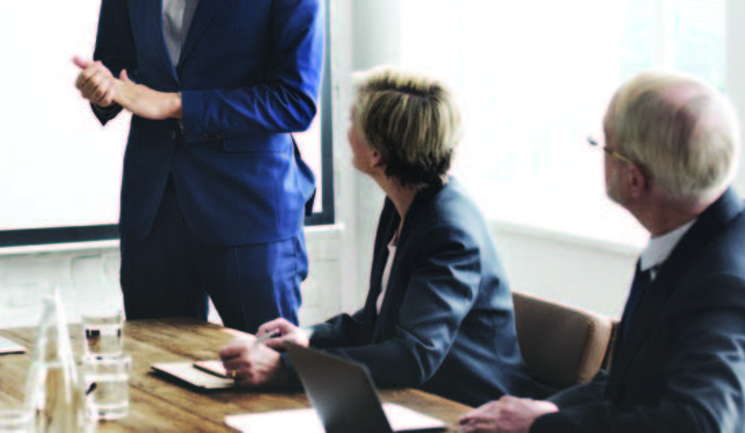 In November 2015, Health Education England (HEE), on behalf of the Department of Health (DoH), released its guidance for qualification requirements for the delivery of cosmetic procedures.1

Following this, on January 8, the British Association of Cosmetic Nurses (BACN) and the British College of Aesthetic Medicine (BCAM) announced the concept of the Joint Council for Cosmetic Practitioners (JCCP).

Professor David Sines was appointed as interim chair of the voluntary, independent body to establish the organisation. He explains, “The purpose of the JCCP is to provide public protection with non-surgical cosmetic procedures, through establishing standards that will underpin registration of accredited professional providers.”

Since its inception, the JCCP has received mixed comments concerned with how the body will work, how it will be funded and how it will remain credible. One of the main questions it has faced is, what difference will it actually make to practitioners and to patient safety?

The initial group comprised the BACN and the BCAM because, according to CEO of the BACN, Paul Burgess, it was difficult to get others on board at such an early stage. He explains that once they were in a position to go live, and with Professor Sines involved, “It triggered lots of other people to come on board because once they saw that the DoH would back something, they wanted to get on the train.” Once the foundations of the council were formed, the JCCP gained support from the British Association of Aesthetic Plastic Surgeons (BAAPS), the British Association of Dermatologists (BAD) and the British Association of Plastic Reconstructive and Aesthetic Surgeons (BAPRAS). However, as some have pointed out, these associations are not the only ones that need to be represented. In its report, HEE stated that, ‘It is important that this body includes representation from all of the different professions operating across the industry.’1

Chair of the BACN, Sharon Bennett, explains, “A major concern is that the setting up of the JCCP has not been inclusive, with the same old faces putting something together. That’s only because, in the initial phase, the basic structure and framework had to be put into place before we could even think about opening the committees up.” Potential members for the committees are currently being approached and include association groups representing pharmacists, dentists, podiatrists and even beauty therapists.

How will it work?

“The first thing we have to do is establish a Clinical Standards Authority (CSA), explains Professor Sines. “This needs to be an independent stand-alone organisation that will set the professional and clinical standards – the practice aspects of the treatments by aesthetic practitioners,” he says. Once the CSA and its standards has been established, Professor Sines says the JCCP will have a regulatory function and will be responsible for accrediting practitioners to these standards, by creating a register of accredited practitioners.

To join the register, Professor Sines says practitioners must, “Meet the CSA’s standards for clinical aesthetic practice, meet the standard for educational proficiency and verify this against the HEE framework, they need to have indemnity, demonstrate ‘good character’ and declare that their premises is ‘safe’. Then they would have to also agree to the conditions of a new Code of Practice that we will be setting up.” Aesthetic healthcare professionals will be encouraged to join the JCCP register and become members. Abiding by HEE’s recommendations, aesthetic beauty therapists who don’t have a healthcare professional qualification will also be included. Professor Sines says, “We would certainly like to give them [beauty therapists] every opportunity to join the register at the level of competence that they can demonstrate based on the HEE framework, which is set at Level 4.”

If the JCCP receives a complaint about a registered member, Professor Sines says that for healthcare professionals, there will be an agreement with their professional body, such as the General Medical Council (GMC) or Nursing and Midwifery Council (NMC), that the complaint will also be taken up with them. He explains, “If they find that there is an issue, we will then have a system in place to prevent them from using the register.” He says however, the process may be different with beauty therapists, who do not have a higher registration body. “We would have to then adopt the responsibility of a higher level registration authority so if you are a beauty aesthetic practitioner, and were found to not adhere to the standards then we would remove you from the register,” he says.

The management process for deregistering a member is yet to be decided, however the current suggestion is that the practitioner’s competency level for particular treatments might be reassessed and potentially changed before they are completely taken off the register. In parallel with the register, the JCCP will establish an education training subgroup, which Professor Sines says will, “Actually adopt the HEE standards, and set up protocols for accrediting training providers to meet those standards.”

Funding At the present time, the non-profit council receives independent sponsorship and a small grant from the DoH for initial development. In the future, Professor Sines says, “All of the funding will be through registration fees and accreditation fees that we will set for the training institutions that wish to become an accredited course. For example, if you are a university course and want to be accredited through the JCCP, then we would be setting an accreditation fee.” There are still discussions taking place on what role companies such as insurance providers, manufacturers and pharmaceutical companies will have. Bennett, however, assures that, “There will be no advantages or leverage given to supporting companies hoping to profit. Transparency is essential to ensure the JCCP honestly and ethically carries out its mission.”

Credibility In its recommendations, HEE states, ‘It is important that any new joint professional body is seen to be independent without undue influence from the industry.’ In response to this, president of the BCAM Dr Charlson explains, “We have an independent chair and an independent board so we can be seen as transparent and independent.” He says that credibility would also come from, “Having all the stakeholders who are doing aesthetic procedures on the board and not having people who have an invested interest in the majority.”

The JCCP will be separately registered with the Professional Standards Authority (PSA), which provides the governance responsibility for all healthcare professional councils and provides a national trademark for voluntary registers.2 Professor Sines says, “By virtue of that, the DoH are offering their support to any organisation that meets the standards of the PSA. The council itself has to pass a very vigorous process of being formally accredited by the PSA before being set up.”

What difference will it make? The ambition of the JCCP is that through increasing education and awareness, most patients will seek treatments only from practitioners that are on the register. With regards to being a part of the register, Dr Charlson says, “For practitioners who are doing procedures properly already, not a lot will change, they will just carry on doing what they are doing,” he continues, “What it will try and do is make people aware of those who are NOT doing it properly so it will increase public awareness that there needs to be a certain standard of practitioner – if that practitioner isn’t on that list then they shouldn’t be doing it.”

Upon its inception, Bennett believes the JCCP and CSA will change the industry, “It will take years but it has to be the best thing to have happened in the UK in cosmetic medicine because we will have everything under one umbrella, one register, one clinical advisory board, and one set of standards that everyone has to work to rather than a number of them from different courses over the UK.”

Although the fundamental building blocks of the JCCP have been put in place, the body is not expected to be officially up and running until April 2017. Currently the JCCP is in discussions with major industry associations from all types of backgrounds, including those with and without a medical background. Bennett concludes, “This is what the DoH wants, there is too much disparity across the UK and everything needs to come together – by working together we will be very strong.”