The Impact of Winter on the Skin 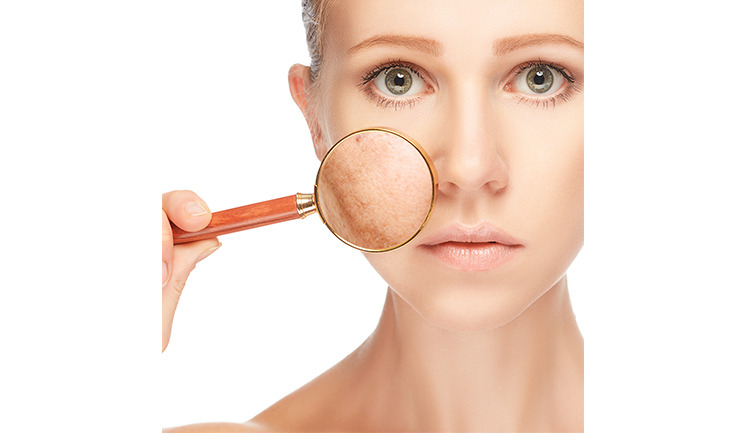 Season and climatic changes can affect the skin and exacerbate some existing skin conditions. The extremes of temperature experienced in the summer and winter months can be difficult for the 54% of UK residents who suffer from conditions affecting the skin, as according to a study in 2013 on the psychological and social impact of skin disease on people’s lives.1 It is generally known that excessive sweat, UV light, wind and cold can aggravate skin that is already dry, cracked and inflamed.2 Add to this a change in diet, increased layers of clothing, the necessity for protective emollients such as aqueous cream BP or corticosteroids, and frequent temperature variance from outdoors to indoors, and this can exacerbate conditions that already react poorly to even the mildest disruption in routine.3

While the summer can be the worst time of the year for those who experience bouts of rosacea,4 the winter months bring their own challenges. For those with eczema, psoriasis and acne, the colder months can be particularly problematic.5 This article will address how these conditions react to weather typical in winter and outline some practical steps that can be taken to reduce the worst of the effects. It will also explore some of the non-invasive aesthetic treatments currently on the market that can be used to treat and reduce the adverse influence of winter weather on skin conditions such as eczema, psoriasis and acne.

Cold weather, especially cold wind during these periods, combined with increased use of central heating has a drying effect on the skin.3 Even people with ‘normal’ skin will notice this change – perhaps experiencing red cheeks, taut skin and cracked lips. For people with dry skin conditions, the change can often be enough to cause increased incidences of flare-ups.6 Cold air tightens the skin’s pores and reduces blood circulation.7 This reduces the naturally occurring oil known as sebum, which acts as a protective layer and traps moisture next to the skin.8 With humidity in the air lower during winter, the cumulative effect is that skin starts to dry out. This can aggravate existing conditions that already make the skin prone to cracking and flaking.9

Acne is the result of hair follicles becoming blocked with dead skin cells and sebum. Bacterial infection in these blocked pores results in the appearance of small cyst-like pimples. As the sebaceous oil that protects the skin is reduced during winter, this allows bacteria to enter the pores easily, resulting in outbreaks.10 Other skin conditions such as eczema, psoriasis and rosacea are associated with dry, flaky skin caused by the body’s allergy and inflammatory responses.11 Though many forms of eczema are a response to exogenous stimuli that can be managed or avoided, atopic eczema, also known as atopic dermatitis, is a congenital disease which reacts particularly badly to cold weather due to the previously mentioned problems associated with winter.12,13 In my experience, sufferers generally complain of increased irritation in the affected areas, along with expanded areas of dryness and inflammation.

The most important thing that sufferers can do during periods of cold weather is avoid the ‘triggers’ that are known to exacerbate their condition. Winter is not the only irritant for skin conditions, other common irritants that may trigger or aggravate the skin include certain foods, some chemicals, perfumes and sprays, animals and dust.19,20 It is important for patients to take steps to avoid these ‘triggers’ and potential flare-ups to the aforementioned skin conditions by making simple changes to their daily routine. Realistically, this will mean a reduction in exposure to the previously identified irritants, rather than a complete avoidance.

Steps to reduce exposure to irritants

I would recommend advising patients of the following steps that may be employed to lessen the effects of winter weather on common skin conditions, which include:

• Turning the heating to the lowest setting when indoors and wearing extra clothing to compensate.

• Limiting exposure to hot/dry environments such as air-conditioned rooms and cars, or rooms containing open fires or wood-burning stoves as these can all further dry out the skin.

• Omega 3 and 6 oils have been found to play a role in reducing inflammation. Many sufferers say they see a marked improvement when eating foods rich in such oils, and make a point of adjusting their diet during the winter months to take this into account.14

• Drinking plenty of water, since a lot of moisture is lost through dry skin (because the skin barrier is not working properly). Each person is different, but a conscious effort should be made to drink water with every meal and throughout the day.

• Using fabric material that does not ‘catch’ against the skin. Pillow cases and under garments made of silk are not only soft and less irritating, they also don’t steal moisture from the skin like cotton articles tend to.15

There are a number of non-surgical treatments that can be used to repair weather-damaged skin, which are outlined below.

Intense pulsed light (IPL) systems can treat a variety of benign skin conditions such as rosacea and chronic erythema.19 A study in the journal Science states that: ‘Individual light pulses have a specific duration, intensity, and spectral distribution allowing for a controlled and confined energy delivery into tissue. IPL used in dermatology relies on the basis that certain targets for energy absorption (chromophores) are capable of absorbing energy from this broad spectrum of light wavelength (absorptive band) without exclusively being targeted by their highest absorption peak.

The working basis of the IPL rests on the principle of selective photothermolysis, in which thermally mediated radiation damage is confined to chosen epidermal and/or dermal pigmented targets at the cellular or tissue structural levels.’20 The process works by contracting blood vessels, making them less visible, as well as boosting the production of younger healthier skin.21 Treatment for seasonal acne, especially adult acne, depends on the severity. Non-surgical solutions in the form of laser treatments can help to produce a noticeable difference to skin tone, texture and radiance.

Porphyrins that reduce the growth of bacteria known as P.acnes can be activated through the absorption of red and blue light.21 Sebaceous gland size and/or function can also be impaired when the blood vessels supplying sebaceous glands are damaged because endogenous chromophores in the skin absorb broad-spectrum light produced by IPL.21 Possible drawbacks of such treatment include itching and redness of the targeted site, a change of skin colour, either darker or lighter, and possible infection.

Another technique, designed to stimulate poor-quality skin so that it regenerates and repairs itself naturally, is known as microneedling or ‘collagen induction therapy’. The principle behind microneedling is the artificial creation of collagen through the stimulation of certain growth factors.24 The treatment forms micro-channels in the dermis that trigger the production of platelet derived growth factor (PGF), fibroblast growth factor (FGF) and transforming growth factor alpha and beta in order to heal the wounds by promoting collagen deposition.25

While non-surgical treatments can help to stimulate collagen within the skin to repair itself and rejuvenate, these skin improvements can be further enhanced by cosmeceutical skincare ranges. Cosmeceutical products that contain higher concentrations of active ingredients that feed, nourish and thicken the skin, such as topical vitamin C serum and vitamin A, improve the quality of the skin and work in synergy with in-clinic treatments.28,29 This form of cosmeceutical skincare is applied topically and can penetrate deeper into the skin where the collagen, elastin and cellular activity take place.30 In addition, other topical treatments such as doxycycline, ivermectin, azelaic acid, brimonidine and isotretinoin have been found to reduce the effects of acne and rosacea.29

Winter is clearly a difficult time for those with skin conditions. However, by combining practical steps and with the use of additional non-surgical cosmetic treatments, you can advise patients that this season does not have to be a jail sentence of prolonged misery. For those people who suffer badly in cold weather, pre-emptive courses of non-invasive cosmetic treatments are an excellent way of tackling the problem before it begins. By staying prepared, those suffering from skin conditions cannot only manage them effectively, they can make the most out of the winter season.

Sylvia Chrzanowska qualified as an RGN in 1999 and became a medical aesthetic nurse in 2004. She has been working at the forefront of advanced non-surgical treatments for more than 10 years and has been based at the Cosmetic Skin Clinic in Buckinghamshire since 2014 as a senior aesthetic nurse prescriber.