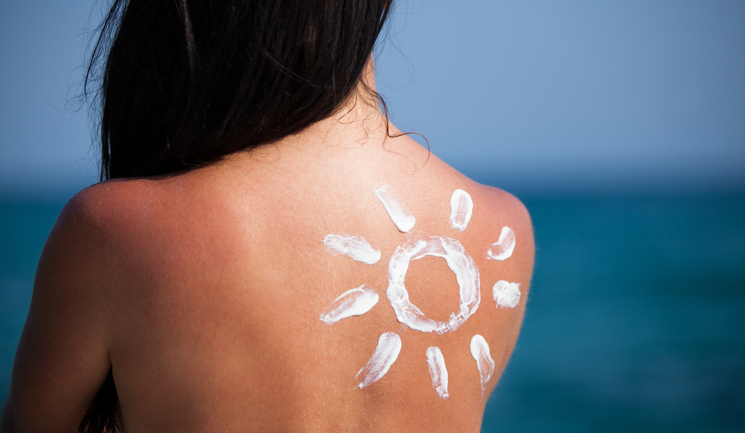 How can we prevent skin cancer? Mr Apul Parikh shares his views on the importance of public health campaigns and why he thinks the UK should follow Australia’s approach to sun awareness

How many of us living in the UK are aware of the National Sun Awareness (NSA) week? How many of us were aware that this year it ran from May 4-10? I am confident that the vast majority of us (healthcare professionals, as well as the lay public) were blissfully unaware of this. The campaign was launched in 2000 by the British Association of Dermatologists (BAD).1 It aims to create awareness about skin cancer and teach people about the dangers of sunburn and excessive tanning.
We are all aware, however, that excessive exposure to Ultra Violet Rays (UVR) is the main causative factor in developing skin cancer. In fact, 80% of malignant melanomas (MM) are linked to exposure to UVR from the sun as well as sunbeds.2 At present, skin cancer is a sizeable problem in the UK; unfortunately, it is rapidly increasing in incidence, and is poised to become an even more severe predicament.
Approximately, 50% of basal and squamous cell cancers (or non-melanoma skin cancers – NMSC) are unrecorded in national statistics. The data is thus more accurate when limited to MM.2 The incidence of MM in 2001 was 12/100,000, by 2011, it had soared to 17.6/100,000. During the last decade, MM was the second fastest growing cancer in males and females, with incidence rates rising by 57% and 39%, respectively. In the UK, two young adults (15-34 years old) die from MM every day.2 With soaring numbers of package holidays in the sun,3 and the explosion in sunbed usage,2 deaths from MM are predicted to escalate within the next two decades. So, are we doing enough to combat skin cancer? In 1980, Cancer Council Australia launched what is now generally regarded as one of the most successful public health campaigns to date.4 “Slip! Slop! Slap! Slip on a shirt, slop on sunscreen and slap on a hat. Slip! Slop! Slap! You can stop skin cancer” went the jingle. Featuring Sid the cartoon seagull, the campaign was rolled out nationally to combat Australia’s soaring MM rates. Over the next few years, variations of the Slip! Slop! Slap! scheme could be found in newspapers, on the radio and on national television, as well as billboards in most public places. Public warnings were issued on days when the UV index was raised, advising the population to apply sun block and seek shade. In addition to this, a national education programme was launched in nurseries along with schools. Large-scale programmes were also launched to increase the proficiency of general practitioners to diagnose skin cancers, as well as to educate the public on how to avoid sun damage.5 Twenty-five years after the inception of Slip! Slop! Slap!, preliminary studies suggested that there was a decline in NMSC. In 2007, the campaign was updated in order to maintain the offensive against skin cancer. It was amended to “Slip! Slop! Slap! Seek! Slide!”, where ‘Seek!’ encouraged people to seek shade during peak UV hours and ‘Slide!’ to remind people to slide on sunglasses. We are now 35 years on from the original campaign launch and only recently have studies in Australia confirmed a decline in NMSC as well as MM incidence rates in those under the age of 45.6 This is consistent with evidence and trends of young people in Australia who have decreased their UVR exposure as a direct consequence of the public health campaign.7 Furthermore, economic studies demonstrated that skin cancer prevention campaigns are an eminently worthwhile investment.8
Cancer Research UK predicts a decline in mortality rates for most cancers over the next two decades. MM is one of the few cancers that is predicted to increase exponentially over this time period.2 The crux of the matter is that most cancers are simply not preventable (although screening programmes can potentially ensure earlier diagnosis). Yet the evidence, according to Cancer Research UK, overwhelmingly suggests that the vast majority of skin cancers are preventable. The key lies in educating the masses about sun protection. The UK Sunbeds Regulation Act of 2010 banned sunbeds in those under the age of 18.9 I propose that we take this a step further, and push for a complete ban of all sunbeds. The World Health Organisation has classified tanning beds as one of the most dangerous forms of cancer-causing radiation; they have been categorised into the same group of hazardous substances such as plutonium and radium.10 Eight million people in the UK use tanning beds every year.2 With such overwhelming evidence vilifying them, how can sunbeds still remain legal?
There is no need to reinvent the wheel. It is clear that the BAD need far more support in their endeavours with NSA. A week is inadequate, and simply not good enough. What is needed is a sustained, multi-faceted national campaign to the extent that the Australians have demonstrated. For all we know, the benefits of such a multi-pronged assault on skin cancer may not become evident for 30 years. So, to answer my original question, “Are we doing enough to combat skin cancer?”, I’ll ask you another, “What do you think?”