The Last Word: Is it time for celebrites to come out of the closet? 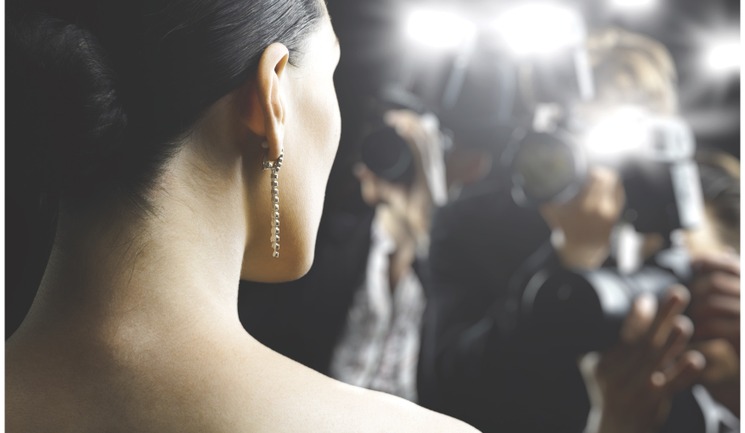 A quick flick through any glossy magazine demonstrates a confusing fetishisation of the female body in our culture. Attention grabbing headlines such as“21 Shocking Bodies That Will Make You Feel Normal!” (Now Magazine 24 December 2013) change to “Screw the diet!” (Now Magazine 31 December 2013) the very next week in the same magazine, demonstrating the ebb and flow of this fashionable tide in popular culture. From accepting and embracing the way you look, to single mindedly pursuing self-improvement, the pendulum swings back and forth. One thing that never changes is admiration for natural beauty. In almost every context, effortless and inherent beauty is praised whilst those who choose to enhance the way they look are ridiculed. There is some thing sad about her, it’s sad that she feels she needs it, she doesn’t have good priorities in life, she is vain and lacks character, she is desperate, she is wasting her money. In a society constantly reminding women that they don’t look good enough, it is ironic that those who pay more attention to the way they look are shamed
and embarrassed for all to see. The reason for this is unclear. Improvement and enhancement of natural beauty provokes strong reactions; although she has always denied any surgery herself, Joan Collins once rather judgmentally said, “Plastic surgery is the plain woman’s revenge,” demonstrating the intense depth of feeling connected with the subject.
It is no secret that women, especially celebrities, are under enormous pressure to look a certain way. We are all supposed to care about they way we look, whilst at the same time act modestly, like it isn’t a big deal. In today’s society, intrinsic beauty is in, enhanced beauty is out. The ideal is for cosmetic interventions to appear as if you didn’t need them in the first place, to look natural, whilst at the same time making you look “better” than the natural you.
However, as we all know in the aesthetics industry, celebrities aren’t born with special celebrity genes. There is a reason Halle Berry looks better at 47 than she did at 37, and why Jennifer Anniston is growing more beautiful each year. So why don’t celebrities like to talk about the procedures they have had done? Although Simon Cowell once famously stated that to him botulinum toxin was, “No more unusual than toothpaste,” most celebrities are extremely coy about any beauty regime that may involve more than a facial. Cameron Diaz recently stated that she tried Botox but said it changed her face “in such a weird way,” and Jennifer Anniston apparently, “Tried Botox once but it was not good.” These stars have been reported as dabbling with injectables, but it is difficult to find an A-lister who is willing to admit their fresh looks may not be down to simple exercise, good diet, and genetics. There is a very real fear amongst those in the public eye of being exposed as having aesthetic procedures, probably because they are aware that it may lead to ridicule and negative press. At the same time, we the public collaborate in the charade, buying magazines and enjoying the schadenfreude of the celebrity being “outed”. Perhaps because it invalidates their good looks and makes us feel good about ourselves. Embarrassment around the use of aesthetics forces patients to conduct their research and procedures clandestinely. Too often there are stories heralding a new death from complications of silicone buttock injections; a patient who has lost her breast as a result of post operative infection from a procedure carried out in unhygienic conditions; another who undergoes liposuction and dies as a result of perforation. When Angelina Jolie underwent a double mastectomy to reduce her risk of developing breast cancer after discovering she carried the faulty BRAC1 gene in 2013, she was lauded for raising awareness of the condition and the procedure. The media praised the actress for her decision to go public with the information.
It was hoped that this action would promote understanding, diminish the fear of surgery and ultimately save lives by encouraging women to discuss the option with their doctors sooner. It could only be a positive thing if there were a similar A-list role model for cosmetic procedures. Someone who would be able to help diminish the stigma of the industry, and promote discussion and dialogue around the topic. It could only be beneficial to the self-esteem of girls and women to see that the unattainable expectations we all place on ourselves cannot be met without some assistance.
For us as practitioners, this scenario would undoubtedly be good for business. Once fear and mystique are removed from the equation, celebrities have the potential to become examples of the results possible with good enhancement and rejuvenation. Patients would then become fully educated in the potential of specific treatments, and would be more likely to openly research their options rather than falling into the hands of rogue providers. An open dialogue such as this could also generate an uptick in the number of patients seeking out qualified practitioners.
Now, we just have to find a suitable spokesperson. My vote is for Demi Moore, who at 51 has an enviable appearance due to a Hollywood-worthy regime of diet, exercise and the work of a very skilled aesthetic team.