The Last Word: The Ukrainian Perspective 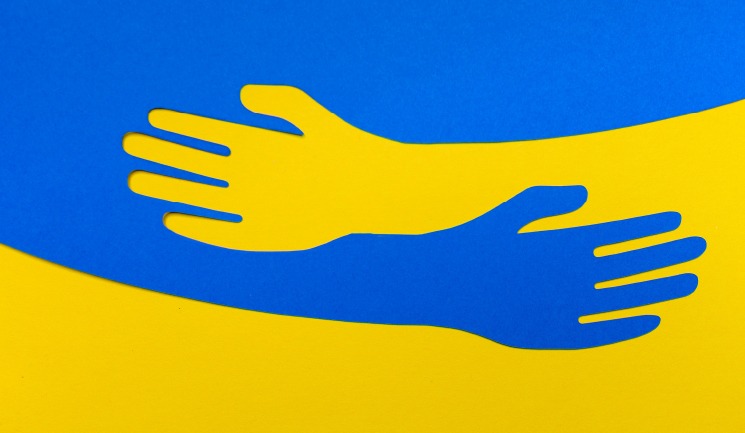 I was travelling to Ukraine in the morning of February 24 as I planned to visit and meet Ukrainian colleagues and friends. However, my flight was cancelled when I was queuing at Luton airport. I received a call, and heard bombs and sirens in the background. It was then I found out that the office where I should meet my long-time friend and organiser of aesthetic events in Ukraine had been destroyed by Russian bombs. It was a beautiful office – I called it The Hive because it was always busy and full of people, just like a bee’s hive of the aesthetic industry.

The aesthetic industry was born in the 90s on the post-USSR space, led by Russian-owned companies. Before 2014, Ukraine had been seen by many as a business satellite of Russia. The majority of aesthetic providers had been selling products and devices in Ukraine via Russian based or owned companies and bringing Russian key opinion leaders (KOLs) to educate Ukrainian doctors. It created, in my view, a false impression of similarity in aesthetic preferences and choices, but more and more Ukrainian practitioners and patients had been looking for a European aesthetic approach.

Growing relationship between Ukraine and Europe

Things started to change in 2014, when Ukrainian aesthetic medicine became European-oriented. Aesthetic conferences began taking place that were Ukrainian focused. The round table Modern Market of Laser Medicine and Cosmetology Issues and Prospects event organised in Kyiv on September 2014 became one of the first of the coordinating and reuniting national Ukrainian aesthetic industry events.1

At this point, the power of the anti-Ukrainian propaganda in Russian media was so strong that many Russian speakers refused to visit Ukraine and participate in conferences and events despite their previous peaceful experience and friendly relationships. Finally, the new generation of Ukrainian dermatologists and future KOLs became seen and known in their own country. Their voices were different as they were not so engaged by brands and businesses but instead adopted EU safety standards and the western style of the doctor-patient relationship. Working groups of dermatologists also collaborated with the NHS and EU Health organisations to create new Ukrainian guidelines of the diagnostic and treatments with working groups of cardiologists, gastroenterologists and other colleagues.2

In November 2021, there were 35,000 Ukrainian companies offering beauty services and aesthetic medicine procedures all over the country, creating more than 250,000 jobs in this sector. The market was worth two billion USD at the end of 2019 and didn’t suffer a lot during the pandemic due to the mild restrictions. As of 2021, there were around 840 companies importing products and devices, 103 of them importing injectables, and more than 50 aesthetic clinic chains have been created in the last few years. All of this evidences that aesthetics was becoming an important part of the Ukrainian economy and that the industry was developing at a rapid rate.3

However, as of today, most Ukrainian male doctors and aesthetic practitioners are working in the military medical service and civilian hospitals. Many female colleagues are also volunteering to help. Dr Natalya Lelyukh, a KOL and well-known aesthetic gynaecology speaker, is evacuating people from occupied territory and specialising in helping women and children who have experienced sexual violence. Before the war she was speaking about laser aesthetic gynaecology procedures and now she is travelling over the country with a portable ultrasound and surgery bag. National antiageing and nutritionist Oksana Skytalinska is volunteering for the army organising medical help, protective equipment and healthy food supplies. Professor Tetyana Svyatenko is leading a team helping Ukrainian children and families in the war.

Although a lot people within the aesthetic industry remains in Ukraine, many of the Ukrainian female aesthetic doctors and practitioners have now become refugees in EU countries and the UK and most of them are looking for the opportunity to validate their professional diplomas and certificates to be able to practice out of Ukraine. Even for English speakers it is not easy moving to a new country, and many of my colleagues are now volunteering in refugee centres or working in low wage jobs to provide for their families, rather than being able to partake in the industry they specialise in and love.

The Russian aggressive war in Ukraine is an unbelievably tragic event with unknown consequences. The UK is supporting Ukraine enormously and the people of Ukraine are incredibly grateful for this support, which is saving lives every day.

For those in aesthetics who are looking to help, you can start by contacting your Ukrainian colleagues known by previous international conferences and offer them emotional support – it would be a great help. If you don’t know anyone from Ukraine, you could join Facebook groups dedicated to the cause. If you could do more for medical funds and charity organisations, such as British Ukrainian Aid or Caring for Ukraine, that would also be amazing. But most of all, I believe we need to look into a validation of professional diplomas for medical professional refugees at least in our industry by contacting the General Medical Council or raising discussions with industry associations. This shouldn’t be for Ukrainians refugees only, but for previous and future refugees as well so they can continue to work in the industries they are trained in and passionate about.