The Last Word: Use of Groupon Vouchers 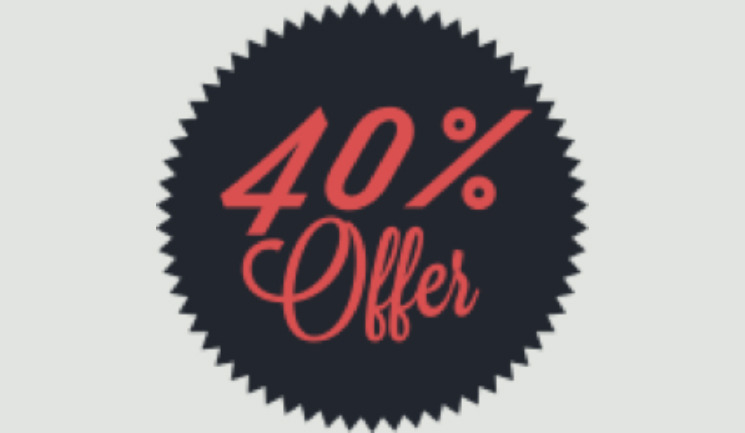 From my professional standpoint, and many other practitioners I know, the presence of e-commerce voucher sites within the cosmetic aesthetic arena is a complex minefield. Whilst discount sites can highlight some attractive deals in medical aesthetics, I believe it to be immensely important for both consumers and practitioners to exercise severe caution before buying or selling through such portals.

The use and benefits of voucher sites

Voucher sites such as Groupon, LivingSocial and Wowcher have an incredibly successful business model and a vast multi-national customer base. On entering the discount site arena in 2008, Groupon became the second fastest online company to reach a billion dollar valuation,1 thereby cementing itself as a popular business model with proven credentials for potential businesses and consumers alike. Selling invasive and non-invasive cosmetic treatments on these e-commerce platforms could initially seem to have many advantages. First and foremost, they can be an invaluable way to increase footfall and promotion of a brand, clinician or establishment. Unlike classified advertising, the vendor doesn’t have to pay any upfront costs to participate on these sites. This thereby, might make it an attractive concept for retailers looking to build brand loyalty and promote themselves

on an internationally recognised platform, while, at the same time, potentially gaining more customers and selling surplus inventory. The most common types of treatments that clinics advertise through these sites tend to be laser treatments, dermal filler treatment for lips and nose reshaping and microdermabrasion.

However, on deeper inspection, concerns arise over the financial viability for businesses and, even more importantly, the sub-standard ethics for which some businesses operate within this field. The aesthetics arena is an incredibly poorly regulated industry and consumer desire for discounted treatments, matched with the need for practitioners to ‘survive’ in such a competitive market, can lead to some serious compromises being made. These not only include poor choice and cheaper variations of products being used, but also the sub-standard investment a practitioner might be tempted to make in their own and staff training, leading to a direct impact on skills. Consumers may think that they are purchasing a great deal, whereas they could have actually signed up for an aesthetic service carried out by an unqualified and non-medically trained practitioner, in a field that already has very little regulation in place to protect consumers. In addition, the majority of deals advertised on such platforms offer limited product availability with a plethora of terms and conditions that can confuse the consumer with complicated timing or redemption structures not primarily visible in the original advert. As a result, the consumer may not experience the suggested financial benefits of the deal, as well as being left with poor treatment results.

Businesses also have to understand that the use of these sites is very rarely a means of generating profit, with some sites taking more than 50% commission of the total sale price,2,3 effectively making the deals offered ‘loss leaders’. The promise of attracting loyal and returning customers is also widely revoked due to the nature of customers who purchase such deals being classed as ‘price-sensitive deal-seekers’ who are therefore unlikely to return to the practitioner in the future, without similar substantial promotions and discounts being applied to services. The popular practice of compromising on treatment quality to drive down price can mean an increase in the risk of potential complications,4,5 which will have a direct negative impact on treatment results and on the practitioners’ reputation. This could therefore actually drive business away from a practice and hinder your primary goal for advertising on such sites in the first place. One incredibly important question to factor in is if the voucher deal will have a negative impact on your business by damaging your brand, especially if you have formerly marketed yourself within the luxury sector. Once patients start to consider you as a discount provider of treatments, you will probably never be able to increase prices to their original state and, unfortunately, that reputation will be difficult to regain. Think long, not short term!

Furthermore, an important point for any practitioner to consider is the notable restrictions by regulatory bodies like the General Medical Council (GMC), Nursing and Midwifery Council (NMC) and General Dental Council (GDC) on advertising treatments that use prescription medications, such as botulinum toxin (or the generalised use of Botox). As a prescription-only medicine, botulinum toxin is banned from any promotion incentives or marketing and this would be applicable to voucher websites. These sites also need to be careful what they are promoting botulinum toxin can treat. As stated on the Advertising Standards Agency website: “The only cosmetic use for which Botox is licensed is the ‘glabellar’ lines, which are the vertical lines on the forehead between the eyes. This means that although Botox is commonly used to treat other lines and wrinkles, it is not licensed for that sort of use. Any claims, therefore, that go beyond factual information representative of the licence are likely to automatically breach the Advertising Code.”6 The GMC advises against the use of botulinum toxin advertising7 and I’ve known some practitioners get around this by using the terms ‘muscle relaxing treatments’ on promotional deal sites. Sites such as Google also now bans ‘Adwords’ containing the use of the word ‘Botox’ and also penalise users who openly advertise it on websites.8

Although these sites are merely a purchasing platform for prospective customers to browse deals, I believe a significant percentage of clinics and practitioners using these sites and carrying out these discounted treatments are indeed breaching their ethical and moral duty. Ethics are breached if these procedures are carried out by non-medically trained aestheticians that may have had sub-standard training and potentially use cheaper and poor variations of the products, something I believe happens through these sites.
The Keogh report – the Review of the Regulation of Cosmetic Interventions – considered time-limited deals to be ‘socially irresponsible and should be prohibited by the professional registers’ codes of practice’.9 It also pointed out that financial inducements and package deals were negligent. Patients should have adequate time to consider the information before agreeing to any cosmetic procedure – something that time-limited deals on voucher websites do not allow for, meaning people aren’t properly consenting.

As a general ethos, I believe the use of discount sites for promotion of aesthetic medicine has more negatives than positives for a practitioner and clinic. From a consumer’s standpoint, if you do some detailed groundwork, you can attain a very good deal with an astute practitioner, without voucher websites, however this can be hard to find. I would advise my peers that we tell all potential consumers to approach selected practitioners with caution, checking practitioners’ credentials and registration with leading bodies such as the GMC, NMC and GDC, as well as direct customer reviews. I would also advise practitioners to tell anyone looking for cosmetic aesthetic treatments in the UK to look beyond the financial aspect of the deal and consider all risks and implications, given the poorly regulated sphere which these services are part of. Usually, when patients come to me saying they have found an ‘unbelievable’ low price for a treatment, I tell them that more often than not, there will be a distinct reason behind this seemingly plausible offer and that, if they choose to go ahead, they should do even more to ensure all the prior points discussed have been checked. As the old adage says, you get what you pay for!