The power of video 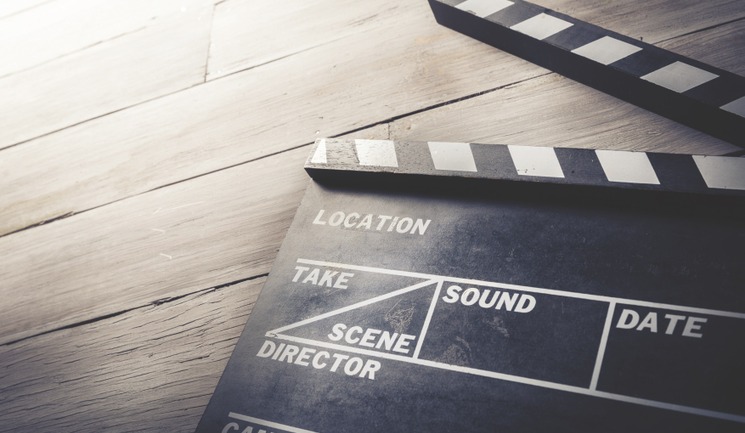 With a recent video depicting the effects of sun damage receiving millions of views, the power of video to educate patients is evident. We explore the method behind the moving image

Since its release in August, a three-minute film portraying skin damage caused by the sun has received more than 13 million views. ‘How the sun sees you,’ created by New York-based artist Thomas Leveritt, is a video that shows participants’ reactions as they see their face – and subsequently the effect of sunscreen – for the first time in UV light. The ultraviolet spectrum on Leveritt’s camera enables people of all ages, races and skin types to see pigment irregularity that is not visible to the naked eye; a result that shocked viewers around the world.
Participants’ reactions are captured in the three-minute video, and the camera also shows these participants going on to apply sunscreen – which because of its protective nature, appears as a dense black cream under the UV light.
Social media users have responded in their thousands; one viewer who was particularly impressed with Leveritt’s work was Jennifer McWhirter, a PhD candidate at the School of Public Health and Health Systems at the University of Waterloo, Canada. She took to Twitter to write, “Thomas Leveritt has unknowingly summarised my entire body of research into one very beautiful, motivating film.” McWhirter has been researching how images and mass media influence people’s view on skin cancer and tanning behaviours for the past five years. She says, “The film demonstrates the havoc UV exposure can wreak on human skin and how sunscreen protects us. The result is a message that will likely motivate a lot of people to use sunscreen. It offers straightforward, convincing visual evidence, which many people have not seen before in a creative way.” UK-based consultant dermatologist, Dr Sandeep Cliff, agrees that the shock-factor is an effective way of educating patients about the dangers of tanning.
He says, “Showing horror photos of the effect the sun has on skin ageing, along with images of aggressive surgery, shocks patients into taking action.”
Although experts agree that ‘How the sun sees you’ is an excellent health education tool, Leveritt admits that this wasn’t his intention whilst making the film; “I had no burning desire to educate but that’s the reaction it’s had,” he says.
“I’m certainly pleased that it’s received so many views; if you can stop people getting any kind of skin cancer then it’s surely a good thing.” McWhirter says, “Communication science has demonstrated, over and over again, how persuasive pictures can be. Our brains process images faster than text and we are more likely to be persuaded by images. “A pamphlet at a practitioner’s office simply cannot garner the kind of attention that a film can.
By creating short, effective, entertaining films with carefully selected visuals, and sharing them widely on social media, there is a huge opportunity to extend the reach of health messages.” McWhirter adds, “The written word will always be an important and influential form of communication; however, visual-based media, such as short films, can cut through language barriers and illiteracy, and leave a longer-lasting impression on people, compared to textbased communication.” Clearly there are many benefits to creating educational films in aesthetics, but a study published in the Journal of the American Academy of Dermatology in February 2014, found that people responded better to different topics. Researchers divided 50 high school students into two groups.
One watched a short film on how sun damage can cause skin cancer, while the other emphasised the sun’s influence on wrinkles and premature skin ageing.
Results showed that whilst all of the teens remembered the same amount of information about UV light and sun-protection measures, only those who had watched the film about UV’s effect on appearance showed a dramatic increase in sunscreen use. Dr Cliff says he has recognised a lack of awareness about sun damage in the media.
“There is information but it is often sporadic and intermittent, which is soon forgotten by the public,” he explains. Linking the results of the study with his observations, Dr Cliff says, “Patients are aware of the effect sun has in relation to skin cancer, but their knowledge regarding the ageing process is limited.” Arguably, it could be said that more students started using sunscreen as they had learnt something they hadn’t already been aware of, and something that seemed more imminent– that the sun causes skin ageing, as well as cancer.
The powerful communication of this message via video resulted in a direct increase in the use of sunscreen. McWhirter suggests educational films become popular because they play on viewers’ emotions. In relation to ‘How the sun sees you’, she says there are psychological reasons as to why people have responded so strongly to it. She says that the surprise encountered by the participants – first seeing their skin in UV light for the first time, and then seeing the thick, black depiction of sunscreen on camera, draws the viewer in.
“Their reactions to their hidden skin damage are very candid, helping to captivate the viewers’ attention,” she says. “We can easily imagine ourselves feeling the same way when seeing our own skin in such a condition for the first time – people watch it, like it, and share it, because it creates an emotional response in them.” Dr Cliff says that as a practitioner he would now be encouraged to relate health information to his current and potential patients via video.
For this, Leveritt’s advice is simple: make them engaging. He believes that low attention span is a myth, and the answer lies in the content of what you’re putting forward. “The brain is the wrong tool to target – people know smoking is harmful, yet they still do it – people’s emotions are what should be targeted.”
McWhirter concludes, “Film isn’t just the future of health communication, it’s the present – and we need to catch up. It’s where visual health communication and education have to be if they’re going to be effective.