News Special: Threads and the CQC 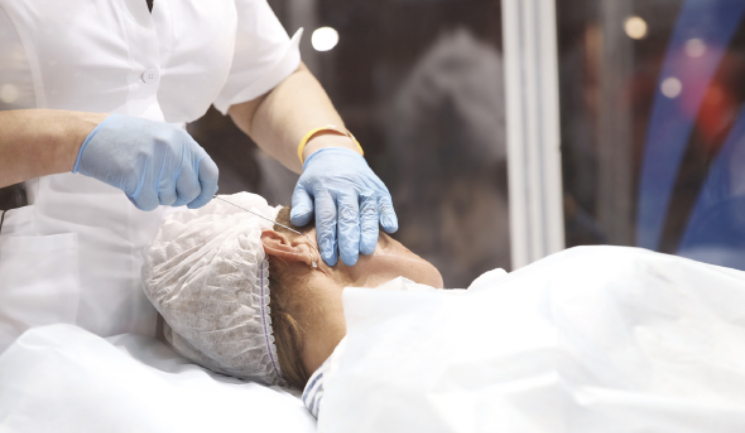 Aesthetics reports on the recent requirement to be CQC-registered for surgical procedures when offering thread treatments.

In today’s digital world it is not uncommon for debates to surface on social media. A platform where you are able to freely express your views amongst like-minded peers often seems to be the place where many share their opinions – and that’s exactly what has happened with the recent announcement from the Care Quality Commission (CQC) in relation to the registration for thread treatments carried out by healthcare professionals.

A lot of the discussion has arisen in response to in an article penned by aesthetic practitioner Dr Phillip Dobson, in which it was suggested that there had been ‘a number of instances’ where practitioners have received ‘inconsistent’ information from various sources in regards to how clinics offering thread treatment should be registered. Dr Dobson then confirmed that he had received clarity from the CQC on its standpoint.1

The CQC stated, ‘Where the procedure of thread lift (i.e. involving the insertion of threads) is carried out by a healthcare professional, it falls within the CQC scope of registration, requiring the provider to register with the CQC for the regulated activity of surgical procedures’.1

However, this has divided members of the aesthetics community with many expressing their opinions and concerns that thread treatments are being classed as a ‘surgical procedure’.

Should thread treatment be classed as a surgical procedure?

Included in Regulation 3 of the Health and Social Care Act 2008 (Regulated Activities) Regulations 20142 is surgical procedures for cosmetic purposes, which is implemented by the CQC. However, according to the Act, some treatments are excluded from this, including ‘the subcutaneous injection of a substance for the purposes of enhancing a person’s appearance’. As a result, many aesthetic clinics performing such treatments that involve an injection of a substance, such as botulinum toxin or dermal fillers, are not registered with CQC. Threads, however, have now caused debate. The CQC told Aesthetics that a PDO thread lift is within its scope of surgical registration because, ‘The thread lift procedure is carried out for cosmetic purposes and involves an instrument and/or equipment being inserted into a person’s body (face or neck). As such, it is considered a surgical procedure’.

Dr Ian Strawford, aesthetic practitioner and threads trainer says, “It’s the interpretation of the procedure itself that I believe is causing upset, not the fact that you need to be CQC registered. Although you are inserting a medical device, PDO and PLLA threads are temporary as they are biodegradable. In my eyes, when referring to the ‘insertion of equipment’, this connotes something permanent, like breast implants for example.”

Aesthetic nurse prescriber Jackie Partridge, who completed training in PDO thread and cog procedures, yet decided to stop performing the treatment as she believed it to be ‘too clinically invasive’, disagrees. “In my opinion, I believe that threads are a surgical procedure. It is also involving what I believe to be an invasive use of cannulas and you are physically leaving behind equipment (the thread) in the skin,” she says. As a result, Dr Strawford questions what the difference would be between this and botulinum toxin or dermal fillers, stating, “You could argue that there is no difference here as threads are no more dangerous, invasive or permanent than fillers, in my opinion.” Partridge challenges this, emphasising, “I think threads can be a lot more challenging than botulinum toxin or dermal fillers as the procedure itself is so invasive. I’m very sure there are many who are highly skilled in using threads and cogs, however as I’m sadly aware of non-medics and newly qualified medics offering these treatments, I personally feel that keeping this a surgical procedure maintains a barrier to misuse.”

How will this impact the industry?

The laws are different across countries within the UK and in April 2016, it became illegal to operate an independent clinic in Scotland that is not registered with Healthcare Improvement Scotland (HIS).4 Although those practising within these clinics (who must be either a doctor, nurse or dentist) are still allowed to perform the treatment (as the CQC doesn’t regulate in this area), Partridge explains that threads are still recognised as ‘higher risk’ by HIS.

Partridge clarifies, “Threads, have been deemed by HIS to be of higher risk (a surgical procedure) than botulinum toxin or dermal fillers and as a result, they are classed at a higher level. Medics offering this service must register with HIS that they are performing them. The higher risk level incurs a higher fee of £2,575 per annum (instead of £1,250 per annum for clinics with staff or £900 for single-handed practitioners not offering this service), and that’s after the £2,550 initial registration fee required by each clinic. This fee is applied to each geographical site used, not simply per registered individual.”7

In Northern Ireland, the Regulation and Quality Improvement Authority5 does not currently regulate thread procedures. A spokesperson stated, ‘At present subcutaneous injections for cosmetic purposes are currently excluded from regulation in Northern Ireland’. At the time of publication Healthcare Inspectorate Wales6 is yet to confirm their stance on the matter.

Dr Strawford expresses concern that the regulation isn’t consistent across the UK saying, “It leaves us in England in a very difficult position and from speaking to my peers there seems to be fear, uncertainty and a lot of confusion. A huge majority of clinics who were previously performing threads would not be able to gain CQC registration because their facilities are not fit for this. For a surgical procedure, would they then would be required to have an operating theatre and a recovery room, for example?”8 He adds, “From the perspective of a training provider, we are having to look at other facilities that we normally train from as the current ones are deemed non-appropriate for surgical procedures. It also leaves us in a tricky position as to who we should be training. Strictly speaking, now it should only be those who are CQC registered.”

Partridge echoes this point and questions who should be allowed to perform the procedure, “If it’s deemed surgical, should the practitioner performing the treatment not also have surgical training? I’m confident with my anatomical knowledge and it scares me to perform the treatment, let alone considering those performing the treatment who have limited anatomical knowledge. Unless you have been taught and understand about the position of the nerves in the face, the arteries, or structures such as the parotid gland, all of which are specifically relevant for threads, I don’t think you should be doing them.”

Dr Strawford states, “It comes down to regulation yet again and where the industry is going with this. The question is, ‘Should all cosmetic procedures be under the remit of the CQC?’ and my view is yes, but they shouldn’t be considered surgical. This would help to bring standardisation and safety to the specialty and those who are non-medically qualified wouldn’t be able to get the registration.”

He adds, “But we need to be really clear on what comes underneath the cosmetic remit in regards to surgical procedures, which will determine the registration required. We as aesthetic practitioners should help to guide the CQC as to what these really are.” Partridge agrees that ultimately it all comes down to regulation and concludes, “I’m a firm believer that where we can tighten up the standards, it can only be a good thing. Whether that’s through HIS, CQC or any other enforced regulatory authority, as long as there is a process in place it will help to filter out those who should not be performing the treatments. I just wish the law would restrict this treatment and other invasive procedures to medics only.”