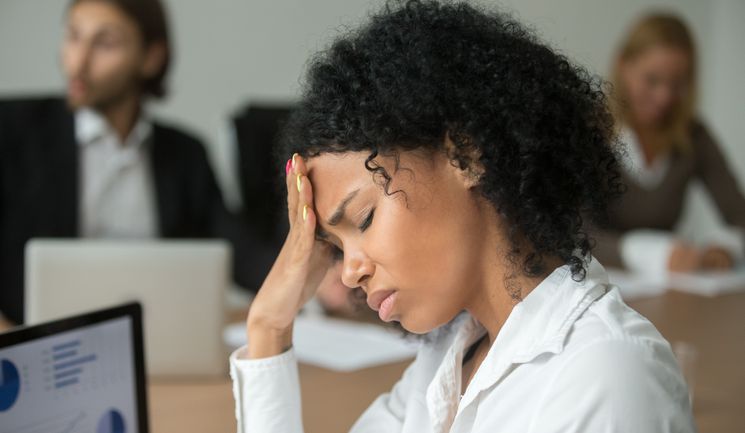 Migraines are primarily a headache disorder, with acute attacks lasting between four and 72 hours. However, a migraine is not ‘just a headache’. It has a myriad of associated symptoms and is a debilitating condition for many, with an estimated 190,000 attacks per day in the UK and an estimated 25 million lost work days in the UK per year.1

When a patient is experiencing an acute migraine, there is usually a prodromal period prior to the headache which might consist of symptoms such as irritability, tiredness, dizziness, hunger, nausea, or yawning, followed by an often unilateral headache and sometimes aura such as tingling, visual and speech disturbance. A recovery period lasting up to a few days will then take place, followed by a clear period with no symptoms.2 A chronic migraine can be considered separately, and this is the category in which patients may seek the help of aesthetic practitioners to conduct botulinum toxin treatments.

The National Institute for Health and Care Excellence (NICE) guidance defines chronic migraine in accordance with the International Headache Society, stating it as the occurrence of headaches on 15 days or more per month, for at least three months, where the attacks fulfil criteria for pain and associated symptoms of migraine. This must be without aura on at least eight days per month for at least three months, where there is no medication overuse, and where the headaches are not attributable to another causative disorder. To fulfil the criteria for chronic migraine, a person must previously have had at least five attacks fulfilling the International Headache Society’s criteria for migraine without aura. Despite these criteria, in clinical practice, there is a lack of consensus regarding the definition of chronic migraine.3

The pathophysiology of a migraine is complex and there remains many gaps in knowledge. There are complex neurochemical changes that create migraine headaches, and it has a strong genetic element.4 Botulinum toxin is not effective in other forms of headache such as tension headaches due to its mechanism of action. Botulinum toxin works in chronic migraine not by muscle relaxation, but the reduction of pain pathway expression in certain parts of the trigeminal system.5

Botulinum toxin in the form of Botox has a licence for use in chronic migraine, is recommended by NICE and can be used in the NHS within criteria that is locally determined and is invariably accessed via secondary-care contracts. NICE suggests that it may be an appropriate treatment in chronic migraine where patients have not responded to at least three prior pharmacological prophylaxis therapies and whose condition is appropriately managed for medication overuse.6 NICE guidance is generally used as a benchmark for local criteria.

NHS treatment of migraine with botulinum toxin is usually restricted to the NICE guidance, which states that three prophylactic drugs need to have been tried before botulinum toxin is used on a patient.7 NHS wait times and increased difficulties recently have resulted in patients not being commenced on botulinum toxin, or having their treatment programmes interrupted. In private practice, the decision to treat a patient is between the clinician and the patient based on clinical evaluation. Provided that the diagnosis is correct and red flags have been excluded, it is reasonable to start treatment. Although, it should be noted, that good communication with a patient’s GP is important and considered good practice. We would suggest writing to the patient’s GP to inform them that the patient has undergone migraine treatment with botulinum toxin, providing the number of units used.

When consulting a patient, it is important to ensure you conduct a proper medical history. To do this thoroughly, there are a few important issues that need to be considered. Firstly, find out whether the patient in question has received a formal diagnosis of chronic migraine, by whom and when. Then, you should ask what previous treatments the patient has had – if any. We also often check which prophylactic medications they have had, their doses and duration of trial and side effects. It is important to look for drugs which might precipitate migraine such as oestrogen and nitrates as these might just need to be stopped to solve the problem.8 Liaison with the patient’s GP at this point is important to ascertain the patient’s main migraine triggers. For example, common migraine triggers include stress, dehydration, caffeine, alcohol, too much or too little sleep, or foods like chocolate, citrus fruits and cured meats, are all of which are implicated, as are hormonal changes.9 Because triggers are personal to each patient, it is essential for a diary to be kept as this provides vital clues which aid management. Even if you treat a patient with botulinum toxin, identifying triggers and reducing them will help to further reduce attacks.

Finally, ensure to check for ‘red flags’ which might indicate that the problem is something else, especially if your patient has not been to a specialist prior to seeing you.10 For example, headaches that occur in patients after the age of 50 and have not been present before. Most migraine suffers have had headaches since puberty or even before and follow a certain pattern which might change slowly over time. Worsening symptoms are also a sign that there may be something more sinister. In these cases migraines can be mistaken for thunderclap headaches, which are sudden onset severe headaches that raise suspicion of sub-arachnoid bleeds. Similarly, symptoms of temporal arteritis can appear alike to a migraine with sometimes an unilateral temporal tenderness, headache and visual disturbance. However, this generally occurs in over 50s and the headache pattern will be different to a patient’s migraine or they may have no pre-existing migraine. Glaucoma symptoms which are predominantly eye pain and redness of the eye may also mimic a migraine, and any additional neurological symptoms including meningism are concerning.11

Botulinum toxin works in chronic migraine not by muscle relaxation, but the reduction of pain pathway expression in certain parts of the trigeminal system

In 2009, pharmaceutical company Allergan conducted the seminal research into the use of botulinum toxin and migraines. The PREEMPT trials showed after 12 months of treatment of Botox (onabotulinum toxin A) at three monthly intervals, 70% of patients showed a greater than 50% reduction of headaches with minimal side effects.12

The PREEMPT protocol is 31 injections in the head and neck, with a total of 155 units of Botox used. There is the option of a further 40 units to be administered in the occipitalis, temporalis and trapezius areas if required.

A survey by Begasse de Dhaem et al. suggested that about 70% of clinicians varied the dose, sites and frequency of the toxin injections. Therefore, it would be interesting to explore the reasons behind this and develop new guidance as a result.14

There is a small sub-group of patients (around 10%) who fail to respond to treatment first time around, but research has shown that they do respond after two cycles of treatment at three months.15 Therefore, it is worth trying three cycles before considering ceasing treatment altogether. Dose should be at least 155 units of Botox, as earlier trials showed minimal difference from placebo below this dose.6 It is often worth treating trigger points and increasing the dose up to 195 units.11

Side effects of this treatment are fairly minimal. Brow ptosis can occur, but this is less likely in aesthetic practices as clinicians should be aware of this complication and may adjust the distribution of the injections as a result. Anecdotally, we have not found an issue with altering the distribution of injections in this site. There have been trials comparing prophylactic migraine medications to Botox and found them to be comparable, but the studies are small.16,17 Other toxins such as Bocouture and Azzalure can be used off label, but different units will need to be used and adjusted, for example where 1U Botox/ Bocouture is equal to 2.5U Azzalure.18

Botox is licenced for use in chronic migraine. The key elements of optimal treatment are ensuring appropriate patient selection, correct technique, identifying and minimising triggers, good liaison with the patient’s GP and correct aftercare. It must be stressed that not all chronic migraineurs respond to Botox, so patient expectations need to be realistic and will need exploration at the initial consultation. Overall, treatment with Botox appears a safe method with long term tolerability.