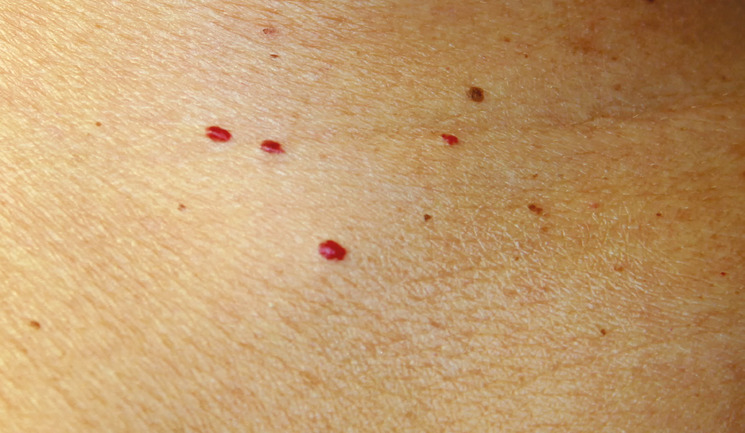 Photothermal treatments using intense pulsed light (IPL) systems may be used to effectively remove hair, vascular and pigmented lesions without damaging surrounding tissues.1,2,3 However, I have noticed that many IPL users do not utilise sufficient energy densities or pulse widths to successfully destroy the target tissues. Consequently, these practitioners then achieve poor clinical results and conclude that IPL isn’t as effective at treating these concerns as lasers.

We know that one of the drawbacks of IPL treatments is the relatively large area of the output couplers (glass tips). These can be up to around 6cm squared, while many targets may be significantly smaller. This results in large areas of skin surrounding the targets also receiving high energy bursts, leading to potential tissue damage.

This article explores a new masking technique, which I have trialled, that allows for higher fluence and longer pulse widths in the treatment of angiomas and small pigmented lesions – I have called it the ‘hole in a stick’ technique.

I sought to find a way to minimise the adjacent tissue damage that occurs during IPL treatment by masking off those areas during treatments. To do this, I chose standard wooden spatulas, typically found in many clinical facilities, and drilled a hole near one end. I thought wooden spatulas would be safe to use, are easily accessible, and would mask the required area well. Originally the hole was 3mm in diameter, however this proved to be too small for locating targets and clinical outcomes, so I tried 4mm (Figure 1). This size proved more successful.

In my 20 years of experience in IPLs, I have found that you can achieve better results using higher fluences and longer pulses than described in manufacturer guidelines

Firstly, as standard protocol, a small amount of cold water-based gel was applied to the target area for skin cooling. The spatula was then positioned over each lesion individually. The IPL glass tip was then placed on the wooden spatula, so that most of the glass is touching the wood (Figure 1). A single shot was then fired. In my 20 years of experience in IPLs, I have found that you can achieve better results using higher fluences and longer pulses than described in manufacturer guidelines. Therefore, I decided to apply a fluence of 41J/cm2 with an envelope pulse width of 94 milliseconds over the wavelength range 500 nm to 1200 nm. The aim of this was to maximise absorption by haemoglobin and melanin.4,5

It should be noted that such high energy densities will inevitably cause the wood to carbonise within just a few pulses. This is quite evident with a burning smell and obvious marks on the wood surface (Figure 2). Therefore, to minimise this issue, I decided to soak each stick in water for at least 30 minutes prior to use. I find this allows for a few more shots on the wood before carbonisation begins. These pulse trains were distributed over five sub-pulses with a duration of 10ms each and a gap of 11ms between each sub-pulse. This pulse train was chosen to generate the required fluence while minimising thermal losses during the pulse envelope. Both the fluence and pulse width were measured using an IPL meter designed for this purpose.

I have carried out a small amount of tests on a number of body areas using this masking technique on a Fitzpatrick skin type II Caucasian 55-year-old female patient, where small benign pigmented lesions and angiomas were treated (Figure 3 & 4). The patient noticed a ‘slight nipping sensation’ with each energy pulse, but reported no long term or undesirable effects. A small amount of oedema and erythema were noted shortly after, as would be expected following such a treatment.6 These typically subsided within 24 hours. Other skin areas were also tested and yielded similar results with no unwanted side effects. If such a masking technique is not employed in these treatments, then unwanted tissue damage is likely in the adjacent skin areas including blistering, bruising and swelling.1,6,7 I find that the level of pain is also significantly higher since many more nerve receptors are stimulated by the heat energy.

In my experience, the masking technique has allowed for the higher than ‘standard’ fluence to be used without any unwanted side effects. It also reduces the likelihood of unwanted damage due to poor skin cooling, since smaller areas are exposed to the light energy. In my experience, using higher fluences coupled with longer pulse widths, the probability of a successful clinical outcome is enhanced.7

The ‘hole in a stick’ technique allows for a higher level of energy input into the skin without inducing excess damage. It’s a very useful and inexpensive way to mask off unwanted IPL light energy when treating skin conditions. My trials have allowed for a much more targeted treatment of small, discrete lesions with higher fluences and longer pulse widths than might normally be used. Applying such fluence/pulse width combinations, without a mask, may likely damage the adjacent skin, with no benefit. It’s important to note that the fluence and pulse width needs to be higher and longer than standard manufacturer protocols. If standard protocols are used, then practitioners are unlikely to see good results. Clinicians should be highly experienced in the use if IPL devices before attempting. Comparative clinical studies would be useful to confirm these initial findings.

Disclaimer: As the fluence and pulsewidth used in this technique are greater than most manufacturer guidelines, practitioners’ should use their clinical expertise and judgement. This procedure should only be performed by experienced practitioners.