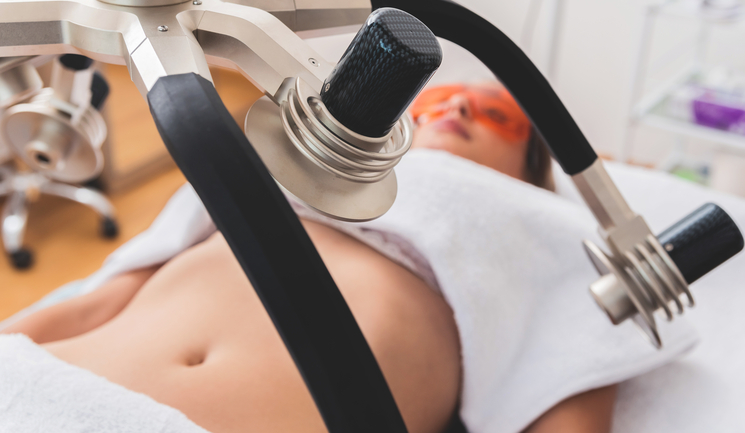 Non-thermal low-level laser therapy (NTLLLT) has been in clinical use since the late 1960s,1 and for many years its method of action was not fully understood or appreciated. NTLLLT covers a broad medical spectrum which can be used to the benefit of our patients and the expansion of our clinical practice. NTLLLT is also known simply as low-level laser, however the term NTLLLT will be used in this article as not all low-level lasers are non-thermal and some are misleadingly labelled as so.

Patients are not just looking for ways to aesthetically modify their appearance, but many are also looking for ways of restoring, re-energising and revitalising their cells. Current research, as presented in this article, suggests that beauty is no longer skin deep. This short article review demonstrates, in science, that NTLLLT possibly has the ability to restore, rejuvenate, revitalise, and re-energise the body, as well as being used for fat cell management.

The biochemical mechanism underlying the therapeutic results of NTLLLT has a wide range of effects at the molecular, cellular, and tissue levels. There is strong evidence to suggest that within the cell, NTLLLT acts on the mitochondria via cytochrome-c (COX) to increase adenosine triphosphate (ATP) production. This up regulates mitochondrial respiration and is the energetic component that produces an energy cascade and electron transport.[SK1] 2,3,4,5 Immune cells, in particular, appear to be strongly affected by NTLLLT. Mast cells play a crucial role in the movement of leukocytes and are of large importance in inflammation. Specific wavelengths of light can trigger mast cell degranulation, modulation of reactive oxygen species (ROS) and free nitric oxide (NO), and the induction of transcription factors. Numerous transcription factors are regulated by changes in cellular redox state. As described by Chung et al., among them are redox factor-1 (Ref-1) dependent activator protein-1 (AP-1) (a heterodimer of c-Fos and c-Jun), nuclear factor kappa B (NF-κB), p53 activating transcription factor/cAMP-response element-binding protein (ATF/CREB) and hypoxia-inducible factor (HIF)-1.6 As a result of these changes, an increase is seen in cell proliferation and migration, and modulation in the levels of transcription factor.2,3,4,5 These transcription factors then cause protein synthesis that triggers further effects; cytokines, growth factors, inflammatory mediators, and increased tissue oxygenation.2,3

Immune cells, in particular, appear to be strongly affected by NTLLLT, as do fat cells.7,1,6 Mast cells, which play a crucial role in the movement of leukocytes, are of considerable importance in inflammation.5 Specific wavelengths of light can trigger mast cell degranulation,5 which results in the release of the pro-inflammatory cytokine TNF-a from the cells.8 This leads to increased infiltration of the tissues by leukocytes. NTLLLT also enhances the proliferation, maturation, and motility of fibroblasts, and increases the production of basic fibroblast growth factor.9,10 According to Chung et al., lymphocytes become activated and proliferate more rapidly and epithelial cells become more motile, which allow wound sites to close more quickly, plus the ability of macrophages to act as phagocytes is also enhanced under the application of NTLLLT.6

A large number of animal model and clinical studies have demonstrated highly beneficial NTLLLT effects on a variety of diseases and injuries, and it has been widely used in both chronic and acute conditions. NTLLLT may enhance neovascularisation, promote angiogenesis and increase collagen synthesis to promote healing of acute and chronic wounds.11,12 NTLLLT provided acceleration of cutaneous wound healing with a biphasic dose response favouring lower doses.13 It can also stimulate healing of deeper structures such as nerves, tendons, cartilage, bones, and even internal organs, 14,15,16,17,18as well as reduce pain, inflammation and swelling caused by injuries, degenerative diseases or autoimmune diseases.19,20,21 There is an exponential increase in the numbers of mitochondrial DNA, somatic stem cells and transcription factor as a result of the laser application, all of which decline in age.6,22,23,24

More recently NTLLLT is being used in body contouring and fat cell management because there is no damage to the fat cell.7 Because fat cells are part of our endocrine system, the release of fat as free fatty acid has no adverse effect on our blood chemistry or triglyceride levels.25,26,27

Caruso-Davis et al. conducted a study to examine the clinical effectiveness by which 635-680 nm NTLLLT acts as a non-invasive body contouring intervention method. Results of 40 participants showed a statistically significant cumulative girth loss of 2.15cm after eight 30-minute treatments over four weeks. As a secondary objective, in vitro assays were conducted to determine cell lysis, glycerol and triglyceride release. Three separate experiments were performed to evaluate whether fat loss was induced by irradiation with NTLLLT due to:7

1. Laser activation of the complement cascade

Obtained from subcutaneous fat during abdominal surgery, human adipose-derived stem cells were plated and differentiated to form adipocytes.28 In the first experiment, results showed that serum complement does lyse fat cells in both irradiated and non-irradiated adipocytes. Consequently, it was determined that NTLLLT does not activate the complement cascade to induce fat loss from adipocytes.7 In the second experiment, researchers found that irradiation with NTLLLT does not kill adipocytes in both irradiated and non-irradiated groups.7 The adipocytes maintained intact metabolic functions and the number of viable cells, as measured by the propidium iodide assay, remained the same. Through a dye injected into both groups, calcein levels were lower in the laser-treated group, suggesting reduction of cell-trapped calcein due to leakage. Finally, results of the last experiment showed that irradiation with NTLLLT increased triglyceride release, but not lipolysis from adipocytes.21 The findings from these three in vitro experiments are consistent with the theory that NTLLLT create pores in adipocytes, and fat leaks into the interstitial space without inducing cell lysis, while further confirming the ability of the laser to influence fat loss.7

NTLLLT has also shown to provide further clinical benefit to patients, including a reduction in both cholesterol and leptin levels.1 According to Coll et al., an adipocyte-derived hormone called leptin influences appetite, energy expenditure, and neuroendocrine function.29 In a two week trial (n=22), Maloney et al. demonstrated a 50% reduction, 29.49 to 14.60 points (P < 0001), in leptin levels after six total treatments of NTLLLT.1

Figure 1: a 47-year-old patient before and after eight sessions of NTLLLT treatment

The patient depicted in Figure 1 undertook a standard plan of nine treatments over ten weeks (she was asked to maintain her current exercise and nutritional regiment), using a 532 nm non-thermal low-level green laser. It is important to say that this is a true laser, which is one that is collimated, monochromatic and unidirectional. It delivers a 532 nm linear rotating beam through six heads, four of which are moveable to achieve maximum area coverage. The laser was applied 11-15cm from the skin surface. The heads were distributed to cover the stomach area and thighs, and after 20 minutes the patient is turned over and the heads repositioned in order to continue the treatment; this is a 40-minute protocol. This was carried out the same way for each session and measurements were taken before and after each session with results filed. The picture shows the condition of the patient at the inception of the treatment. As can be seen, there was well dispersed cellulite deposits, large amounts of fat to the stomach, lateral flanks and mid torso. The after image shows improved skin tone, reduction in cellulite and fat.

As a scientist and clinician, I frequently hear patients reporting feelings of more energy, improved health, less pain and better sleep patterns as a result of an increase in cellular activity and function, with better internal body communication. Based on the scientific evidence presented in this article, it is plausible to conclude that NTLLLT improves cellular function and, as supported by the presented evidence, produces within the body, the ability to restore, reenergise and rejuvenate. As we age and lose energy and cellular function, we have within us the chemicals and biological agents for life, health and beauty. NTLLLT may be the way to empower our bodies for a better healthier life.