Treating the Calf with Botulinum Toxin 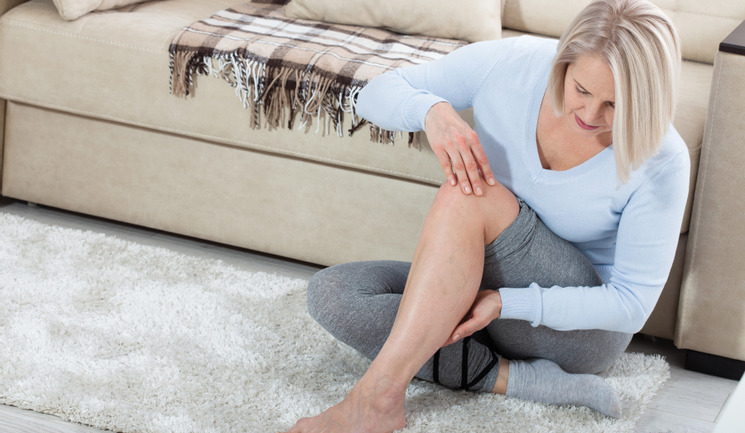 A popular treatment in East Asia is the use of botulinum toxin A (BoNT-A) for the slimming and contouring of the lower leg, namely the calf muscles. It is a safe and effective non-surgical alternative treatment modality and this article will draw upon my experience in successful outcomes.

In this demographic of patients, generally they tend to have short legs relative to their torsos and this coupled with thick calves further accentuates this physical disproportion.1,2 In the West, treatment with BoNT-A is not as popular, there is growing awareness, especially for those struggling to fit into knee-high boots.3 I believe that it would be beneficial for practitioners to be aware that BoNT-A can be used safely and effectively in calf contouring with satisfactory results. It is worth mentioning that this is a common treatment request in my practice where many of my patients are East Asian. In addition, all the patients I have performed this treatment on are women and I have not had any requests or concerns about calf bulkiness from men at this time.

Aesthetic ideals There are conflicting opinions on the aesthetic ideals of the lower leg in females. A plastic surgeon based in Casablanca named Dr Fahd Benslimane described the concept of a ‘perfect’ lower leg shape.4 He concluded that in the Western world, attractive legs are straight and in continuity with the thighs. In addition, the importance of the similarity of curve distribution and progression from knee to ankle.4

In my experience, some individuals will find muscular or well-defined calves attractive, whereas others will disagree, preferring slimmer and less bulky calves. A study published in the Aesthetic Plastic Surgery Journal concluded that Asian women prefer small lower legs with a straight line in the medial aspect.4 It is important to note that there is no universally accepted definition of the ideal or attractive lower leg. Apart from aesthetic concerns, another presenting complaint is not being able to fit into knee-high boots, as mentioned previously.

There are many factors to consider before performing this treatment to ensure optimal patient satisfaction and outcomes. It is imperative to note a full medical and social history including exercise habits and physical activity. For example, an athlete or a patient who participates in regular activity which requires leg contraction, such as running, badminton, and cycling would not be a suitable candidate as there would not be a significant improvement.4-7 Similarly, patients with oedema of the lower legs or excess subcutaneous fat would also not be suitable.8 Practitioners can assess the calves to determine if bulges are caused by muscle or fat and asking the patient to stand on their tiptoes and palpating the lower leg. This can also help delineate areas of maximal bulging. The ideal patient is one with thin subcutaneous fat over the calf and bulky medial and or lateral gastrocnemius muscles.9

The triceps surae muscle, or calf muscle, is defined as the gastrocnemius and soleus muscles (Figure 1). The gastrocnemius is comprised of two muscle bellies, a medial and lateral head, that originate from the medial and lateral condyles of the femur, respectively. These reconvene to insert into the achilles tendon and calcaneus. The soleus muscle originates from the posterior aspect of the tibia and fibula and inserts into the achilles tendon and calcaneus. However, the soleus lies deep to the gastrocnemius.

Both muscles are responsible for plantar flexion at the ankle joint and calf flexion at the knee joint. The deeper soleus muscle plays an important role in standing, supporting the legs, and preventing forward bowing.10,11

Another muscle, the peroneus longus, which is responsible for plantar flexion and eversion of the foot, runs laterally and superficially to the lateral head of the gastrocnemius. It originates from the posterior tibia and the posterolateral surface of the fibula and inserts into the cuneiform and first metatarsal bones.10,11

Conventional surgical methods, such as myomectomy and neurectomy, have been associated with significant morbidities, including postoperative haemorrhage, haematoma, infection, irreversible nerve damage, and scarring.12 Liposuction has limited efficacy because the primary determinant of calf thickness is the size of the gastrocnemius muscle rather than the amount of subcutaneous fat.13 One non-surgical treatment option other than BoNT-A is radiofrequency-induced calf muscle volume reduction; however, there have been reported cases of fibrosis and disabling contractures including severe equinus deformity.14,15

The concept of the BoNT-A treatment for calf muscle contouring and slimming is similar to masseteric hypertrophy. The desired goal being the muscle debulking via muscle atrophy. Currently, there are no universally agreed upon guidelines or standardised protocols for the administration of BoNT-A in the correction of gastrocnemius hypertrophy. As such, the injection method varies depending on the practitioner and their experience.

The literature on calf contouring with BoNT-A is limited, with proposed doses stated by either anecdotal evidence or small case studies.10 Practitioners should be aware that BoNT-A treatment for aesthetic calf slimming and contouring is off-label, and this should be explained to the patient in the consultation.

After taking a full medical and social history and performing a clinical assessment as described earlier, one should take pre-treatment photos from the back of the lower legs both during normal standing (relaxed) and on tiptoes (contracted). In addition, measurements of the most prominent circumference of the lower leg should be recorded both during the relaxed and contracted positions.

There are many injection techniques described in the literature with varying doses, types of botulinum toxin, results, patient satisfaction and complications.10 I will present the injection technique described by Seoul-based dermatologist Dr Kyle Seo that I have used the most and have achieved excellent results with.11

Currently, there is no formal classification system for the degree of muscle hypertrophy or leg shape for BoNT-A treatment. However, practitioners can broadly categorise patient cases into mild, moderate and severe hypertrophy (Figure 2). This will help guide appropriate dosing for each leg.

If overall volume reduction is the goal, then it is important to treat both heads of gastrocnemius and peroneus longus. Excessive muscle weakness can occur if more than 200 units per leg is used. Thus, Dr Seo recommends a two-step approach in which treatments are spaced two to three months apart to reduce the risk of muscle weakness.11

The desired goal during the first session would be to provide global calf contouring. Subsequently in the second session, the goal would be to reduce muscle volume and/or provide further contouring.11The total dose per leg for the second session at two to three months would be lower than in the first session and this should be based on clinical assessment and the overall outcome from the first session. To ensure maintenance of results, it is advised to repeat the treatment on a six-month basis.16 However, this is not a hard and fast rule as there may be factors that influence the duration of efficacy, such as exercise and physical activities, that strengthen calf muscles.

A reduction in calf size can be seen from one week to one month post-treatment. Approximately 50% of the initial muscle volume tends to return after six months and the full volume is restored by 12 months.11-16

From the publications to date, the most reported side effects were transient ecchymoses or cramps.9 In addition, there was a case of calf muscle fatigue when wearing high-heeled shoes during the first two weeks post treatment, which resolved within four weeks.8 The complications in Dr Seo’s patient cases were ecchymosis, temporary weakness and/or pain, mild tenderness for a few days and bruising.9 One study reported that with the authors’ 48-point injection technique, 66% of patients experienced cramps in both legs that worsened when walking, but this resolved within one to two months.7 No difficulties with gait or athletic activities have been reported. Another possible side effect is that atrophic gastrocnemius muscles could result in compensatory hypertrophy of the underlying soleus muscles.16

Regarding the long-term effects of toxin treatment to the calf muscles, there are only animal studies on rats where BoNT-A was injected into the gastrocnemius and soleus muscles. The findings showed that the viscoelastic properties of the achilles tendons were reduced five weeks after treatment.17 However, no similar studies have been conducted in humans yet.

A treatment to consider

Calf contouring and slimming with BoNT-A can be a safe and effective alternative solution to surgery and it is especially popular with East Asian patients. Correct patient selection is important to achieve good aesthetic outcomes and thus patient satisfaction. There are no universally agreed upon guidelines for injection technique, pattern, dosing, or classification. However, I have outlined my personal preferences and I hope this article offers a starting point for further discussion on the application of BoNT-A for calf contouring and slimming.