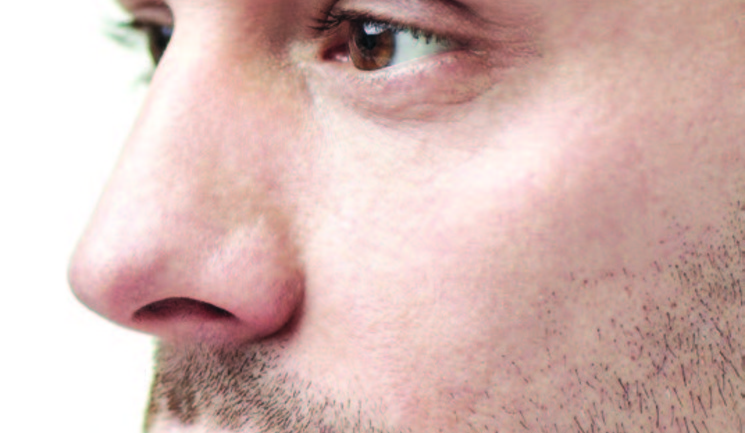 In facial aesthetics, we as aesthetic practitioners are more used to looking at female faces, as these patients make up the bulk of most of our patients. You may often observe male patients whose treatments have resulted in feminine high-arched eyebrows or female-like cheeks. In my experience, men who ask for specific feminisation of the face are typically homosexual or transgender, but requests for this type of treatment can, occasionally, come from heterosexual men.

However, in many cases, feminisation of the male face is the result of an error of judgement from an inexperienced practitioner. As females are currently the more common patient for aesthetic procedures, practitioners often use their experience of female face volumisation to also treat a male face. Therefore, when treating the male mid-face, the common mistake is the assumption that all genders need the same treatment to look good.

The truth is that the shape and proportion of an aesthetically-pleasing male face is quite different to that of a female, and maintaining, enhancing or adding to these masculine features on a man’s face is the secret to a successful male treatment.

To judge what is best suited on a male compared to that of a female when treating the mid-face, it is important to identify what the differences are and then understand how to reproduce them on an existing canvas.

Many men are considered better looking as they get older rather than in their youth, which is not something that is commonly said about women. One only has to look at the young David Beckham, who was not necessarily thought of as memorable or eye-catching in his 20s, but was voted sexiest man alive at the age of 40, by People magazine,1 and has been in Glamour magazine’s list of sexiest men consistently since 2009.2

Certainly, when humans were hunters and gatherers, men were more likely to choose younger mates as they produced healthier offspring, so it is believed men are generally programmed to find youth attractive.

Women, however, tended to choose older men as mates, who had proven themselves to be survivors and providers. The children of good providers were more likely themselves to thrive and survive.

Thus, women are biologically programmed to find physical fitness and maturity fundamentally attractive, so age in itself is not considered off-putting. Anything that emphasises the differences between the male and female face, adds to the attraction between sexes.3,4

Post puberty, the effects of growth hormones and testosterone accentuate the definition of cutaneous ligaments on the face, particularly if a man is physically fit with good muscle tone (a necessity for a good hunter). The resulting shape of the face is recognisably universally attractive. The angular shape of the jawline from a strong platysma, the taught line of the masseteric cutaneous ligament and the zygomatic cutaneous ligament, form distinctively masculine lines in the mid and lower face.5-7

Figure 1 shows that masculine features are recognisable by the width and angle of the chin and jaw, the flat planes of the cheeks, and the more horizontal eyebrows.

The space between the width of the cheeks and the jaw is smaller for men which makes the face squarer, while women have wider cheeks and a lower face that is narrower in comparison, making them look more feminine.6,8

In Figure 1, it is clear to see that from left to right, the cheeks curve, the chin becomes more pointed and the brows more arched, making the face appear more feminine. Bearing these defining features in mind when treating men will ensure that the masculine aesthetic is maintained or enhanced.

There is an area in the male mid-face that gives a typically virile appearance.

This is the space created by the masseteric cutaneous ligament anteriorly and the zygomatic cutaneous ligament superiorly. I like to call this area the ‘hot hollow’, although this is not a well-known phrase. Filling the hollow may make the face look younger and smoother, but takes away its masculine edge and softens the angles.7,9,10

Anatomy of the ageing face

We have come to realise that loss of volume in the mid-face significantly contributes to the ageing changes in the face, whilst the superficial medial fat compartment and the infraorbital (or suborbicularis) fat pad (the SOOF) are spared.11 This selective fat loss leads to an exaggeration of the nasolabial fold, sagging of the skin inferiorly, and the appearance of a distinct groove in the mid-face. This type of volume loss occurs in both men and women.

In the female face, we have become accustomed to replacing the loss of volume with a convex curve, using anterior and lateral projection. We also commonly create width to the upper face, giving the illusion of a more pointed chin. Doing the same to a male face would serve to make the face more feminine and should be avoided, if the patient wishes to achieve a masculine appearance.

The depletion of volume in the deep medial fat, in the face of a male patient, results in loss of support of the infraorbital fat compartment, so that the eyes look ‘baggy’. The nasolabial fold is exaggerated and the groove in the mid-face gives a sad and downward-dragged look to their whole appearance.11

Effective treatment of male face volume loss should concentrate on filling the loss in the mid-face without creating a curve. The treated planes should be flat, aiming to keep the profile angular. Injection technique should respect the defined lines of the temporal crest, orbital margin, zygomatic arch and masseteric cutaneous ligament. While treating the mid-face, it’s important that the jawline is assessed and treated if need be to produce a straight flat edge.

I usually use hyaluronic acid (HA) dermal fillers for treatment of the mid-face.

Ideally, the product should be cohesive and give good projection and it should be suitable for injection deep into the soft tissues straight on to the periosteum. However it must also be able to integrate well with the soft tissues so it is safe to place subdermally with a cannula, which is my preference over needle.

Treatment can be done either with a needle that is placed down to the bone creating support like a ‘tent pole’ at the point of maximum loss of volume, or with a cannula, along the zygomatic arch, to the deep medial fat compartment.

I prefer the latter on a younger face as it will accentuate the cheekbone more, as long as the product is placed flat and angled and not too curved. In an older patient, a mid-face bolus to bone, with a needle, can give a point of support at the junction of the cutaneous ligament of the orbicularis oculi and the malar groove, in one injection point.

A 54-year-old male patient presented to my clinic with the complaint of ‘eye bags’ (Figure 3). The patient said that he did a lot of presentations at work and didn’t want to always look tired when he stood up in front of an audience.

In his consultation, I observed that fat loss of mid-facial volume was the cause of his under-eye bags. Due to the loss of support to the under eyes, I determined that contouring using a HA dermal filler should begin with support to the mid-face, the idea being to produce a straight line along the zygoma and bridge the gap caused by the loss of the deep medial fat compartment.

It is important to not overfill under the cheek or create a curve, because I believe a man’s face looks more attractive with a flat plane or concavity lateral to the masseteric cutaneous ligament and below the zygoma.4,5

Once the mid-face was supported, strengthening the shape of the zygoma and jawline was important to define that masculine aesthetic. The final step in treatment was to place some product on the underside of the zygoma at the top of the masseteric cutaneous ligament to give a defined demarcation to the ‘hot hollow’ when viewed from the front, and, if necessary, to support the nasolabial fold.

These are both best done with a cannula due to the potential proximity of the angular artery. In total, the patient was treated with 3ml of a cohesive, HA filler with good tissue integration properties.

Five days after the treatment, the patient observed some bruising around his right eye but had no other side effects. The five-day result achieved (Figure 3) also included some botulinum toxin to the glabellar area and frontalis, to reduce horizontal brow lines and enhance the flat brow, to appear more masculine. He was extremely happy with the overall result and said he feels younger without an artificial look.

Over the years we have learned that there is an art to treating a face that is not just about lines and wrinkles. Treating male faces is a growth market that requires a different learning curve. Treatments that maintain the gender and enhance differences give men and women effective treatments that they appreciate and will enhance your reputation as a practitioner.