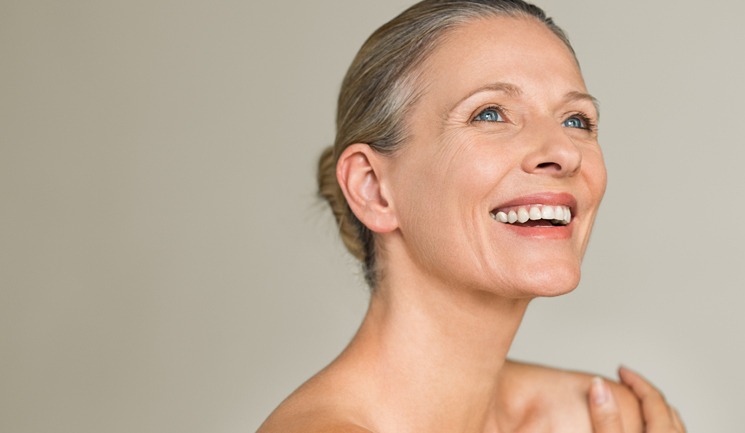 Currently, the field of aesthetic medicine is largely focused on treating the signs and consequences of ageing, rather than tackling its root cause. This is no surprise, as reversing the ageing process has long been viewed as impossible. However, recent scientific advancements such as epigenetic reprogramming1,2 have led to a much deeper understanding of the ageing process and more importantly, have demonstrated unequivocal evidence that ageing is a modifiable process – just as it can be accelerated, it can also be slowed and even reversed.3 This has resulted in the emergence of a new era of cellular regenerative medicine which tackles ageing from its root cause and offers an unprecedented opportunity for the development of aesthetic therapies and procedures that offer true age reversal.

What is cellular ageing?

Ageing is generally recognised by its aesthetic and physical characteristics such as wrinkles and sagging skin. However, it is now known that many of these observable effects are ultimately driven by critical changes at the cellular level.

This has led to the concept of ‘biological ageing’ – the decline in cellular processes that result in the ageing process. Unlike chronological age, which is simply the amount of time since birth, biological age is the true age at which the cells and the body are functioning.4

Surprisingly, it has been found that the rate at which cells age isn’t as closely linked to chronological age as first thought.5 For example, a person may be 40 years old chronologically, but they could have a biological age that is closer to 50. This is because biological age not only reflects genetics, but also the accumulated effect of lifestyle factors such as diet and exercise.6

The difference between chronological age and biological age is therefore a good measure of how well a person is ageing inside. This has led to the development of ‘biological age clocks’ which predict a person’s biological age. These work on the basis that older cells have a pattern of genes and protein markers that are distinct to younger cells and the shift from a young to old pattern seems to happen in a predictable and measurable way.7

Biological age has been found to be associated with increased risk of developing almost every chronic disease and slowing ageing at the cellular level has emerged as a way to improve health span – the period of life spent in good health.8

The discrepancy between biological and chronological age highlighted to scientists that there was an opportunity to intervene at the cellular level to improve ageing, and over the last decade, multiple academic labs have now demonstrated that biological ageing is indeed reversible.3

Scientifically, ageing is the loss of the body’s ability to repair and regenerate itself, resulting in the accumulation of damage. It is a biologically complex phenomenon, but scientists have identified that there are nine key cellular changes that underpin the cascade of events that lead to ageing. These cellular causes of ageing have now been well characterised and are collectively referred to within the research community as the ‘hallmarks of ageing’

The identification of the hallmarks of ageing has allowed the cellular root causes of many common ageing conditions to be identified. A key example is skin ageing. This has traditionally been blamed on failures at the histological level such as a loss of collagen, elastin and a breakdown of the extracellular matrix (ECM), but it is now clear that these physical characteristics are the result of multiple underlying cellular hallmarks of ageing. For example, a key feature of skin ageing is genomic instability due to UV-induced DNA damage. This ultimately triggers other hallmarks of ageing, such as cellular senescence, which is characterised by cells entering a state of irreversible cell cycle arrest.10

Senescent cells have been found to accumulate in tissues with age where they interfere with normal tissue function. In skin, senescent fibroblasts and keratinocytes persist in the tissue and remain metabolically active, but they no longer produce collagen or elastin resulting in a dysfunctional support matrix and skin that is no longer capable of efficient damage repair.11,12 Senescent cells also secrete inflammatory factors such as matrix metalloproteinase-1 (MMP1),13,14 which promotes degradation of the ECM and leads to thinning of the epidermis.15

As well as genomic instability, cellular ageing is characterised by changes to DNA methylation patterns known as ‘epigenetic drift’. This alters gene expression patterns in the cell, with beneficial repair pathways tending to be turned off while proinflammatory pathways become switched on, pushing cells from a younger to an older state.16

Mitochondrial dysfunction is another critical hallmark of ageing and is directly linked to an increase in damaging oxidative stress.17 Proteins such as collagen also become glycated to form advanced glycation end products (AGES) leading to dermal stiffness and decreased flexibility. In young cells, a recycling process known as ‘autophagy’ usually mediates the removal of AGES and other defective proteins, but the loss of protein homeostasis (proteostasis) in older cells leads to an accumulation of damage.18 Collectively, the manifestation of these hallmarks of ageing at the cellular level leads to the characteristic aesthetic changes associated with skin ageing.

This deeper understanding of the ageing process has led to an abundance of academic research with the hope of identifying new ways to slow cellular ageing.

Targeting cellular senescence has become a particular area of focus with scientists looking for ways to selectively remove senescent cells from tissues. So far, several drugs such as dasatanib and navitoclax and natural molecules such as quercetin and fisetin have been identified19 and these so called ‘senolytics’ have demonstrated positive results in early trials.20-24

Another area of promising research is cellular reprogramming. Up until a few years ago, it was thought that age-related epigenetic drift was irreversible, but it has been found that the cellular pattern of DNA methylation can be safely reset to a younger age.25 This demonstrates that cells never lose their youthful ability to repair and regenerate – it simply gets switched off. This novel concept involves reprogramming the epigenetics of old cells so youthful genes are switched back on, literally making the cell biologically younger.

Another area of intense research surrounds the molecule nicotinamide adenine dinucleotide (NAD+). This is a natural cellular molecule that powers many vital reactions which regulate cellular health, including the generation of energy in the mitochondria and cellular adaptation to stress.26 Unfortunately, cellular NAD+ levels have been found to decline with age and this decline correlates with the onset of ageing.27 It is thought that low NAD+ contributes to ageing because NAD+ serves as the fuel for key families of enzymes that influence cellular repair and longevity such as the sirtuins (SIRTs).28

NAD+ has recently gained a lot of attention because it is a factor that simultaneously impacts all the hallmarks of ageing and scientists have demonstrated that boosting NAD+ levels in cells leads to multiple beneficial effects against ageing.29

As the world’s population is getting older, addressing ageing at the cellular level is now critically important. Not only are more people looking for ways to combat the signs of ageing, but many aesthetic procedures rely on the healing and regenerative capacity of the skin which is known to decline with age. This means there is an exciting opportunity to translate these scientific findings into aesthetic medicine.

Senolytics and cellular reprogramming have huge potential and no doubt products and treatments incorporating these technologies will start to emerge. However, NAD+ restoration is already available to practitioners and is successfully leading the way to clinics, particularly in the US. This is because it has been found that cellular NAD+ levels can be restored simply with dietary supplements and a huge amount of peer-reviewed data has emerged demonstrating the benefits of NAD+ restoration.29-34

At a cellular level, these include better mitochondrial function, increased DNA damage repair, increased energy metabolism and activation of genes that are associated with healthy ageing.31 At a whole-body level, boosting NAD+ levels has been demonstrated to restore age-associated muscle loss, increase endurance and strength, increase neurogenesis, improve cognitive function, and improve markers of metabolic health, all of which positively impact healthspan.31

Furthermore, many non-surgical aesthetic procedures such as microneedling and laser technologies rely on the activation of cellular stress pathways to trigger the clearance of damaged cells and stimulate the production of collagen. Many of these pathways require adequate NAD+ levels for optimal function, meaning NAD+ restoration before and after treatment will help to ensure that cells are in optimal condition to both respond to and recover from aesthetic procedures.

Interestingly, evidence is also emerging that increased NAD+ production may be the driver behind many of the health benefits of well-known healthy lifestyle choices such as exercising and fasting, both of which have been found to help maintain NAD+ levels, emphasising the importance of lifestyle alongside supplementation and treatments.35,36

This is an exciting new era for aesthetic medicine. The key differentiation between current treatments and cellular ageing treatments is that these have the potential to impact not only the aesthetic side of ageing, but the whole body. This allows for a more proactive focus on maintaining and enhancing health instead of just treating the negative consequences of ageing, meaning aesthetic medicine will not only be used to make people look younger, but to feel it too.