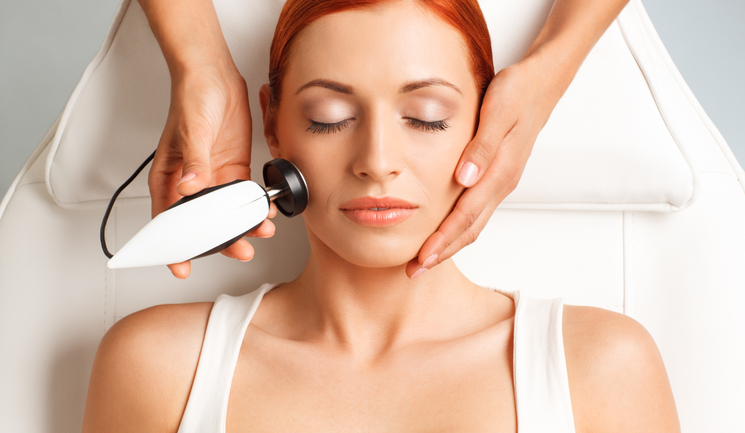 In the last 15 years, the use of radiofrequency (RF) devices in medical aesthetics has significantly augmented the spectrum of treatments available to practitioners in this field. The principles of RF have been utilised in many diverse branches of medicine and research, such as radiology and cardiology, for more than 75 years, highlighting the versatility and efficacy of this treatment modality. In this article I will summarise the basics of RF, the history of its uses in modern medicine and the applications and pitfalls of its use in medical aesthetics.

Radiofrequency is the term given to any alternating electrical current that, if applied to an antenna, creates an electromagnetic field that propagates through space in the surrounding area. The frequencies of radio waves in this group can be anything from 3 kilohertz (kHz) – a unit of alternating current or electromagnetic wave frequency equal to one thousand hertz – to 300 gigahertz (GHz) – unit of alternating current or electromagnetic wave frequency equal to one thousand million hertz. The radiofrequency spectrum can be divided into bands, sometimes referred to as the microwave spectrum, ranging from very low frequency (3-30 kHz) to extremely high frequency (30-300 GHz). This spectrum is inversely proportional to the free space that these wavelengths can transmit, for example, very low frequencies can transmit between 10-33km distance whereas extremely high frequencies can only transmit 1-10mm. The advantage of this principle in medicine is that the energy generated in this way can be transmitted from such an antenna and applied directly to tissues, so that this energy can be directed and absorbed and even retransmitted for a variety of purposes. The major reason for using RF over other devices on the skin for rejuvenation is that it can be used to deliver heat energy to tissues non-specifically, unlike lasers, which depend on chromophores.1

RF energy can be delivered to the skin in a variety of ways, the most common being monopolar, where RF is delivered via a single probe placed on the skin with a grounding pad distant to this site; or bipolar, where the RF is delivered from a probe with two electrodes placed over the treatment area.1 Multipolar devices are also available on some platforms and are similar to bipolar but consist of three or more electrodes. The depth of penetration when using monopolar RF is dependent on the tissue impedance (which varies minimally from person to person) and the cross-sectional area of the monopolar probe, whereas the depth of penetration of bipolar RF depends on the distance between the two electrodes on the probe, with increasing distance resulting in increased depth of penetration.2

Applications and use of RF in medicine

The application of RF energy in medicine is well established. As such, RF is the basis of magnetic resonance imaging (MRI) and surgical diathermy, both commonplace applications being used millions of times per year in hospital practice. In cardiology, RF is used for ablative interventions, for example, ablation of accessory conduction pathways, and in oncology/oncological surgery for tumour/metastasis ablation. Since 2000, RF treatments have been increasingly used in medical aesthetics, owing to their their versatility, efficacy and safety.3

Numerous RF devices have been developed and modified over this time, delivering RF energy by a variety of different means.

Appropriate patient selection and realistic management of expectations, as with all non-surgical aesthetic treatments is key in the use of radiofrequency

In addition to the monopolar and bipolar classification of RF delivery, there are several other variations of delivery systems such as fractional or sublative RF (where RF is delivered via a micro microneedle handpiece to physically ablate the skin and deliver deeper bipolar RF); phasecontrolled RF (where a two-dimensional or three dimensional probe is used to deliver RF to a fixed volume area); and combination RF therapies that apply light, massage, vacuum or pulsed electromagnetic fields. Older machines tended to use monopolar, but there were higher risk of burns/fat atrophy, so most modern machines are bipolar.13 It has been shown in a randomised trial that the use of RF in combination with dermal filler treatments is safe.2
The most common indication for RF in this field is non-ablative skin tightening,2 with numerous devices designed to fulfil this aim. The lower face is a very commonly treated area. Devices such as Thermage and Pellevé, use RF energy to selectively heat the deep dermis and subcutaneous fibrous septae, causing cleavage of hydrogen bonds in the collagen fibres and subsequent collagen denaturation. The following inflammatory and proliferatory stages of healing are believed to then stimulate new deposition and restructuring of collagen fibres, resulting in tightening of the skin over the ensuing months. It has been shown that non-ablative RF treatments require repeated low energy RF treatments rather than a single high energy insult to produce the most noticeable improvements in skin laxity, as lower energies result in less heating and therefore less risk of burns.4,5 In addition, the use of lower energies results in a reduction of discomfort and reduced risk of burn injuries.4,5 As well as skin tightening, there is evidence that non nonablative RF treatments are also effective as a treatment for active acne vulgaris.6

Deep skin tightening, reduction of acne scarring, improvement of keloid/hypertrophic scars, stretch marks and ablation of rosacea/ thread veins can be achieved using fractional RF methods.7 As mentioned above, fractional radiofrequency devices (such as Intracel, Fractora and Inifini) generally consist of bipolar micro microneedle handpieces of various lengths and needle arrangements, which are used to penetrate the skin physically. These ablate the skin surface to deliver the RF energy deeper into the tissues, causing subdermal electrothermal coagulation without excessive heating of the skin surface (compared to fractional laser, for example). This has the benefit of reduced superficial thermal discomfort and protracted erythema when compared to fractional laser treatments but the same surface ablation.8 Deeper tissue stimulation results in the familiar inflammatory changes and post-inflammatory neocollagenesis associated with non-ablative RF treatments but with the additional benefit of ablative resurfacing. This renders it an ideal treatment for problems such as acne scarring, where the skin surface texture is improved, in addition to improving the quality and structure of the deep scar tissue. Fractional RF has also been shown to be an effective treatment for active acne.9 In addition to skin RF treatments, I’ve noticed that deeper targeted treatments have become a popular way to reduce cellulite and volume of subcutaneous fat. A variety of different devices are available, both non-ablative and ablative. Non-ablative devices include bipolar probes, such as Forma Plus and suction coupled devices such as BodyFx, which uses vacuum suction to create a volume of deep subcutaneous tissue between a pair of RF electrodes. This then delivers pulses of RF energy across a fixed volume of the deep tissue. Several recent studies have shown RF to be an effective means of volumetric fat reduction,10,11 however, the number and duration of treatments, and the optimum settings on the myriad of different devices have yet to be evaluated. RF-assisted liposuction techniques such as BodyTite and NeckTite, which use a combined RF and suction probe, have been shown to provide excellent aesthetic results with the added benefit of overlying skin tightening12 when compared to traditional liposuction methods.

Complications and challenges of RF treatments

RF treatments on the whole tend to be considered safe in trained hands. The very nature of these treatments, whereby tissues are heated to temperatures in excess of 43°C can potentially result in thermal injury and burns if either excessive energy is used or if there is prolonged contact in a given area to such an extent the tissue integrity is compromised.16

Most modern RF handpieces have built-in temperature sensors to prevent such excessive heating. With some older monopolar devices, unintentional and excessive treatment of subcutaneous fat of the face has led to fat atrophy and depressions.13

I believe this is rare with modern equipment. As with any aesthetic treatment, RF treatments are not effective in every patient, for reasons unknown, and unrealistic expectations of the scope and possibilities of RF treatments can sometimes be an issue for both patients and practitioners unfamiliar with these treatments. The effectiveness of these treatments are also very operator dependent, with wide variation based on experience and aggressiveness of treatments. Appropriate patient selection and realistic management of expectations, as with all non-surgical aesthetic treatments is key in the use of RF.

Radiofrequency in aesthetic practice is an effective and relatively safe treatment, which has applications in multiple aesthetic clinical concerns, from skin laxity to cellulite. A huge number of RF devices are available on the market so it can be difficult to decide which would suit your patient group most. The new multi-modality devices, such as those combining RF with ultrasound or lightbased technologies offer exciting and diverse options for clinics and practitioners looking to purchase new equipment that fulfils a broad range of patient demands. The most advanced RF devices are constantly being improved and developed so it is important to keep up-to-date with the latest technological advances in this field and as with all practices in medical aesthetics, there is a requirement for further research to fully evaluate the optimum parameters for usage of these treatments.