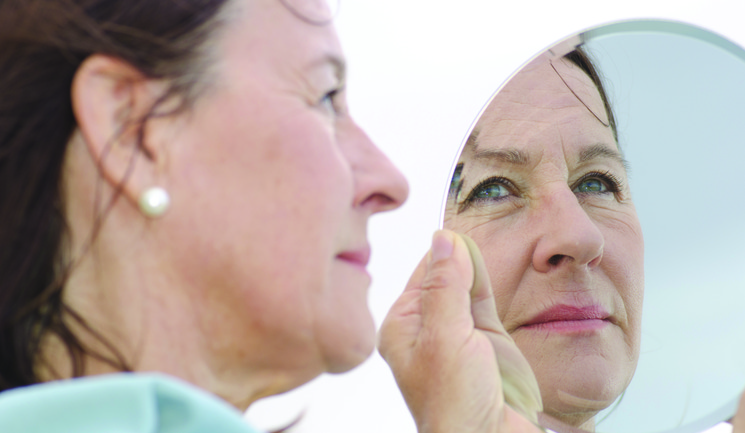 In its numerous formations, vitamin A is used to treat photoaged skin and acne. Allie Anderson explores its indications, limitations and best practice

Vitamin A has been used in dermatology since as far back as the 1960s, when it was found to be clinically effective in treating ichthyoses and acne.1,2 It wasn’t until the 1980s that scientists demonstrated that a form of vitamin A led to the production of collagen and regulation of damaged tissue, manifesting in visible improvements in lines and wrinkles, hyperpigmentation, and sallow and rough-looking skin.3,4 This led to the development of vitamin A in various formulations to become a panacea in skincare, found in all the latest products and marketed as a ‘magic’ ingredient for antiageing and dry skin conditions alike.

What is vitamin A?

“Vitamin A is a fat-soluble vitamin found in many foods,” says consultant dermatologist Dr Anjali Mahto. “There are two types available in the diet: preformed vitamin A – retinol and its esterified form, retinyl ester – and pro-vitamin A carotenoids, for example, beta-carotene.” Dr Mahto explains that vitamin A has many important physiological roles. “It is necessary for immune function, reproduction, and cellular communication, and is critical for vision as it is an essential component of rhodopsin, a protein that absorbs light in the retinal receptors.” Also known as a retinoid, vitamin A acts to affect the production of a molecule called messenger ribonucleic acid (mRNA), which conveys genetic information and results in the formation of proteins. As such, it’s a key element in maintaining the integrity of the epidermis, as well as the neural and eye membranes.5,6 “It also supports cell growth and differentiation, thus playing a vital role in the normal formation and maintenance of the heart, lungs, kidneys, and other organs,” adds Dr Mahto.

Dietary sources of ‘true’ vitamin A include meat – especially liver – and animal products, such as eggs, oily fish, cheese, milk and yoghurt. Beta-carotene can be converted into vitamin A, so dietary intake can be boosted by consuming beta-carotene-rich foods such as yellow, red and green leafy vegetables (spinach, carrots, and red peppers, for example), and yellow fruits such as mango and papaya.7

According to practitioners, an important factor in the efficacy of vitamin A is its stability: the degree to which it degrades with exposure to oxygen, light and water. The lattermost form, retinyl palmitate, is commonly used in over-the-counter skincare products and cosmeceuticals, because it is more ‘stable’ than other forms i.e. it is less sensitive to exposure. It becomes so by esterification – the addition of palmitic (fatty) acid to the vitamin A molecule – and as such is also referred to as vitamin A ester. Esterification makes vitamin A milder and therefore more tolerable when applied to the skin, but in doing so it also becomes less active. It does, however, metabolise reversibly into retinol, and the conversion process outlined above follows. This cascading effect is called the vitamin A pathway, says Elliot Isaacs, founder and medical director of Medik8 Skincare. “You have something like retinyl palmitate, and that gets converted to retinol, which then gets converted to another intermediate form called retinaldedyde, and then finally it ends up as retinoic acid, which is transported into the cell nucleus,” he explains. “Effectively you’re getting retinoic acid in the end anyway, just a lot less than the starting substrate.” He likens this biological mechanism to panning for gold. “You have to sift through thousands of bits of sand [retinyl palmitate] before you end up with one little grain of gold: retinoic acid is the pure gold.”

According to practitioners, an important factor in the efficacy of vitamin A is its stability: the degree to which it degrades with exposure to oxygen, light and water

Vitamin A for skin ageing

Around 90% of skin ageing is photoageing caused by sun exposure,9 and this is among the most common problems seen by aesthetic practitioners. As nurse prescriber and founder of Outline Skincare Clinic Mary White explains, combatting these requires a holistic approach. “While we can address signs of sagging and volume loss by the use of dermal fillers and collagen induction techniques (such as dermaroller roller and radiofrequency), and we can treat dynamic lines and wrinkles with botulinum toxin treatment, this does not address issues surrounding the quality of patients’ skin,” she says. “Dull, lined and sallow or pigmented skin can be just as cosmetically ageing as sagging and folds. If my patients are intending to start an antiageing programme, including injectable and other treatments, then I explain to them that skin health is equally important, and healthy skin and a glowing complexion is a youthful component of our appearance.”

This strategy typically involves patients using vitamin A derivatives as part of their daily skincare regime, she says. Moreover, White also uses retinol and tretinoin (a form of retinoic acid), depending on the patient and their specific concerns. Indeed, a 2015 study by Babcock et al comparing the efficacy of retinol-based and tretinoin-based topical products suggested that both significantly improved the appearance of photo photodamaged skin – including fine lines, wrinkles, skin tone brightness, mottled pigmentation, and roughness – yet no significant differences in efficacy between the two product types.10 One of the factors that makes vitamin A a good ingredient in antiageing products, says nurse prescriber and director of AestheticSource Lorna Bowes, is that it promotes apoptosis11 – programmed cell death, or ‘cell suicide’ – which regulates the proliferation of keratinocytes and the formation of the stratum corneum.12 “The other thing that vitamin A does is to have an effect on matrix metalloproteinases (MMPs), the enzymes that break down collagen,” Bowes comments. “Vitamin A is a significant suppressor of MMPs, reducing the amount of enzyme produced to break down collagen.13 Therefore you get less collagen breakdown, and the collagen lasts longer, which is brilliant for someone with photo photodamage.” Bowes recommends a number of derivations of vitamin A, reporting that tretinoin – the prescription-strength formation – can be used for patients with very significant photo photodamage. However, tretinoin is renowned for causing irritation, through burning, scaling or dermatitis.3 “You have to get the balance absolutely right to give someone sufficient vitamin A photodamage correction without causing them so much flaking and redness that they won’t comply with the skin care regimen,” Bowes says. A solution is to build up the patient’s tolerance gradually. Surgeon and founder of S-Thetics, Miss Sherina Balaratnam, recommends starting by applying the product once a week, and gradually increasing to aim up to using it daily. “This prevents patients from developing unwanted side effects that might put them off,” she says. “People can drop off their regime if they feel discouraged with flaking and redness. Being mindful of this, building up tolerance slowly and making the regime fit into their lifestyle, is very important.” More stable versions of vitamin A are milder and will elicit less irritation.3 However, patients face a trade-off, sacrificing efficacy for tolerability. “The strength of retinol in a product will influence the bioavailability of retinoic acid once it converts in the cells,” says White. “A very low concentration of retinol, for example in a high street product [such as retinyl palmitate] will produce a low retinol cascade and result in less bioavailability of retinoic acid.” She would recommend doses of retinol from 0.5% up to 1.6% depending on the patient’s age and the condition of their skin, adding that a retinol concentration of 1.6% will convert to an equivalent retinoic acid of around 0.025% as a result of the vitamin A pathway.14

Vitamin A and acne

Retinoids – most commonly tretinoin – have been used in the treatment of acne since the first paper demonstrating its clinical efficacy was published in 1969.2 However, the well-publicised adverse effects discussed (irritation, dermatitis etc.) mean that adherence to a treatment regime is often compromised. Non-compliance may be more common in acne patients than in those with photoaged skin, says White, who highlights the importance of persevering through the beginning period of treatment, when side effects are more marked. “You have to get patients through the initial stage and get their skin functioning normally,” she says. “This helps psychologically as, often, acne patients have tried everything, both over-the-counter and from their GP, before they present in our clinic.” Adapalene – a synthetically produced retinoid that was developed to be more tolerable – is available on prescription in gel and cream formulations, and is approved by the Medicines and Healthcare Products Regulatory Agency (MHRA) to treat mild to moderate acne.15 It works by binding to retinoic acid receptors (RARs) to regulate keratinisation and inflammation.3 Miss Balaratnam reports that in her practice, acne is the most common indication for the use of vitamin A. “It decreases the amount of sebum produced by the sebaceous glands, and increases cell turnover, and is a catalyst for exfoliation,” she explains. “This can often cause dryness, which patients don’t like but one that will naturally improve with time as the skin develops its protective barrier function. Once it resumes its normal cell turnover and the hydration of the skin improves, this will resolve.”

Dr Fernandez suggests that taking vitamin A orally can preclude its irritating effects. “I advise all my patients who want cosmetic surgery to use topical vitamin A and I also suggest that they should use 50,000 IU [international units] of vitamin A orally a day,” he says. “I have been using this dose for 21 years. I suggest the same thing to my patients who come to me for excision of skin cancers.” Whilst a dermal filler treatment will give some lift to sagging skin, the concept of ‘ageing’ will be omnipresent if the skin has indications of photodamage. Using retinols and other derivatives of vitamin A in their daily skincare regime will aim to improve elasticity and firmness, reduce the appearance of fine lines and wrinkles, and improve skin tone and texture.

One of the main considerations when using retinoids – and one of its drawbacks – is its light instability, leading it to be rendered ineffective by UV light. As a result, most topical applications are recommended for night-time use only. Isaacs comments that this leads to misconceptions about the safety of vitamin A. “People think that, somehow, it’s dangerous to use during the day because of some sort of toxic reaction with sunlight,” he says. “In fact, all that happens is that UV light breaks down the molecules, making it inactive or perhaps sensitising.” To combat this, a newer ingredient – retinyl retinoate – has been developed that is completely stable, non-irritating, more powerful than retinol, and can be used both night and day.16

There are certain patient cohorts who should avoid vitamin A treatment, says Dr Mahto. “Topical retinoids are unsuitable for patients with sensitive skin and during pregnancy, while oral retinoids should also be avoided in pregnancy, as well in women who are breastfeeding, people with liver disorders, renal impairment, and concomitant use of certain other medications, such as tetracyclines with isotretinoin.” Sensitivity to vitamin A would also be a contraindication; however, according to Dr Fernandez, some people mistakenly think they are allergic to vitamin A, thanks to a deficiency in their retinoic acid receptors. “They are not and are, paradoxically, desperately in need of it to restore their skin to health,” he comments.

The merits and drawbacks of vitamin A as a treatment for skin complaints has been the subject of much debate, but currently it is regarded by many as the gold standard in skincare. As well as an effective solution for symptoms of photoageing, some suggest it might be considered as an early intervention for youngsters with oil-prone skin.

“We are in an era where acne and oily skin used to be a problem of the young,” comments Miss Balaratnam. “What I see in my practice now is women in their 20s to 40s presenting with an ongoing problem with acne or oil-prone skin, who could potentially have been managed much earlier with topical vitamin A.” Greater confidence is required from practitioners to embrace the full potential of vitamin A in maintaining a healthy complexion and combating problem skin.