What to do when under investigation 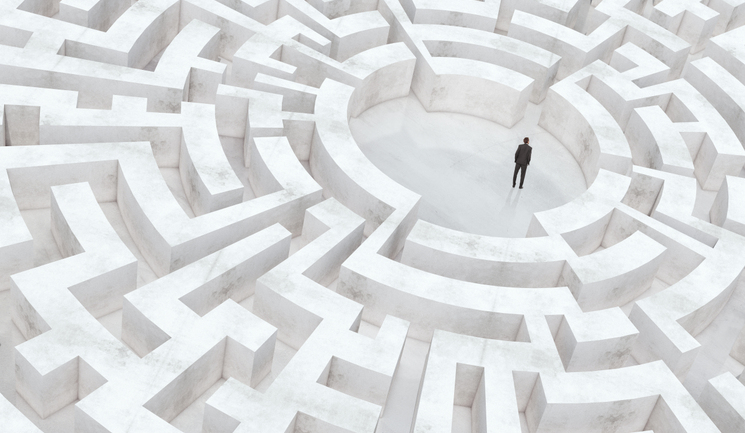 Having spent years training in your profession, there is nothing more worrying than receiving a letter from your governing body advising you that your practice is being questioned because your ‘fitness to practise’ is under scrutiny.

A practitioner who is ‘fit to practise’ is someone who has demonstrated that they have the knowledge, skills and character to carry out their professional duties safely and effectively and pose no risk to the general public.1 The large majority of practitioners will be conscious of the requirements to comply with this and will endeavour to ensure they are always compliant with the guidelines set out by their governing body. But what should you do if, for whatever circumstances, you find yourself under investigation?

What happens first and why?

Generally speaking, the governing body, such as the General Medical Council (GMC) and Nursing and Midwifery Council (NMC), would usually receive a complaint from a third party that has concerns over your practice. This does not necessarily have to be a patient you have treated, it could be a colleague you work with, a supplier you obtain your stock from or even a trainer. It is rare that a peer puts in a complaint but it does happen if they have concerns over how you are conducting your practice. Investigations can occur for a number of reasons and some examples of allegations that could be brought against you are highlighted below (please note that this list is not exhaustive):2

It should be noted, however, that the governing bodies do have a certain level of understanding where one-off incidents or mistakes are made. Ultimately, everybody is human and mistakes do happen. If a case arises as a result of a one-off mistake, although there may still be an investigation completed as a matter of course, dependent on its severity, sanctions being imposed are not definite.

What is the process for a fitness to practise investigation?

The governing body will initially receive the complaint or notice from a third party, and the matter will be investigated to determine whether or not the matter falls within their remit. If, for example, the matter refers to an ongoing general dispute between you and a patient, such as bad customer service or appointment times being cancelled, then the third party will be advised that no action can be taken by the governing body and the complainant should either try to enter into discussions with the practitioner to resolve the concern directly or seek legal advice.

In some cases, it is clear from the outset that there is no need for the insurer to investigate because the complaint is about matters that cannot raise an issue of impaired fitness to practise. Therefore these cases are closed without taking any further action.

Examples of cases closed without any investigation are:

If the case is one that falls within the scope of the governing body’s investigation process, a case manager will be allocated to advise you throughout the process. The case manager will usually make contact with you initially via letter and also via telephone communication. They will advise you of the complaint that has been received and, depending on the nature of it, a timeframe for the process they intend to follow and what the next steps will be.

You will be provided with details of the complaint that the governing body has received, which will give an opportunity to provide a full response along with any evidence you may have to support your case and insurers’ advice. Supporting information will include documents such as: medical files, notes, consent forms and summary of treatment. The more compliant you are and the more evidence you have, the easier it will be to explain your actions. It is also important to be honest. Even if a genuine mistake has been made, if you advise your insurer about this, they will be able to communicate with you the best process forward with the governing body – solicitors will recommend honesty from the start to avoid completing a case at a later stage. If you are resistant to the investigation it will give the governing body more grounds for concern and they could potentially believe that you are trying to withhold information as you have done something wrong.

Following your response to the governing body, the case will then be reviewed by a committee who will decide whether your response to the allegations is sufficient for them to be assured that you are competent within your practice. The committee is made up of a panel of medical and lay performance assessors for the purposes of carrying out performance assessments in accordance with Schedule 1, and for the purposes of carrying out health assessments in accordance with Schedule 2.3 The decision that they then make will be sent to the complainant and the decision will also be issued to you.

If there is no further action, then the matter will be closed.

What should I do if I receive notification of a fitness to practise hearing?

It is very daunting to receive such notification, no matter how experienced you are. The first step would be not to hide away from it but to deal with it straight away. Initially a standard letter would be generated to advise you that a complaint had been raised and there is likely to be a request for your employment history for a period of time, along with your acknowledgement of the case. It’s important to note that non-compliance could have more serious implications or sanctions being imposed immediately.

The next step would be to notify your insurer of the investigation. Most medical malpractice policies on the market will have additional extensions of cover to provide you with indemnity in these situations. Providing that practitioners notify insurers before responding to enquiries, then initial advice should be provided by the insurer. Then, if the matter turns into a full investigation, a solicitor will be appointed by the insurer to work with you to build a supporting case.

Usually the defence costs associated with the appointment of a solicitor on your behalf would be covered by the policy. All insurance claims have the potential to increase excess/ premium, but this would be subject to insurance claims history and the underwriters’ criteria. The solicitor will then liaise with you to create a case to be heard in the court. The time between the practitioner receiving the notification of the hearing, to the hearing itself, is varied and depends on how quickly the case is assessed. It is recommended that you check your policy coverage for regulatory investigations to ensure that you are adequately covered in the event a case is raised against you.

What sanctions can be imposed?

Following a full investigation, the committee will make recommendations in writing as to whether any further action should be taken. The nature of the sanction being imposed will be dependent on the severity of the allegations and case and whether any fault has been found with the practitioner. In some scenarios the practitioner may be suspended from practising whilst more information is obtained in order to make the correct decision. If the investigating committee deems that the practitioner’s practice is impaired then they could impose the following:4

What to do if you disagree with the decision

If you do not agree that the correct decision has been reached by the investigating committee, and then the court via the hearing, you are able to appeal. You will have 28 days to do so. Depending on your jurisdiction, this will determine where this should be appealed. Usually for England, Wales or Northern Ireland this appeal would go to the High Court and for Scottish cases this would be presented to the Court of Session. A written notification of the hearing outcome will include details of the appeal process. If you received and signed for a notification at the hearing, the 28 days run from the date of the tribunal’s decision. If this did not happen, the 28 days will run from the day on which, as set out in the Medical Act 1983, notification was deemed to have been served on you, by post or email (if you provided the GMC with an email address to be used in relation to fitness to practise matters).

The GMC has the power to appeal if it considers that the hearing outcome is not sufficient for the protection of the public (which is the GMC’s overarching objective). Solicitors will give you advice on recovering costs relating to the appeal.

As a medical practitioner there is a certain occupational responsibility towards the general public and patients, which requires a good level of education and practical ability. Therefore it is important to ensure that you are always up-to-date with training and continued professional development. However, no matter how compliant you are, there could come a time where a case is brought against you, as consumers become ever more aware of their rights and have more access to redress if they are unsatisfied or have concerns over a practitioner’s abilities. Therefore, make sure you are familiar with the process and your insurance policy, as they could help you considerably if this situation arise.