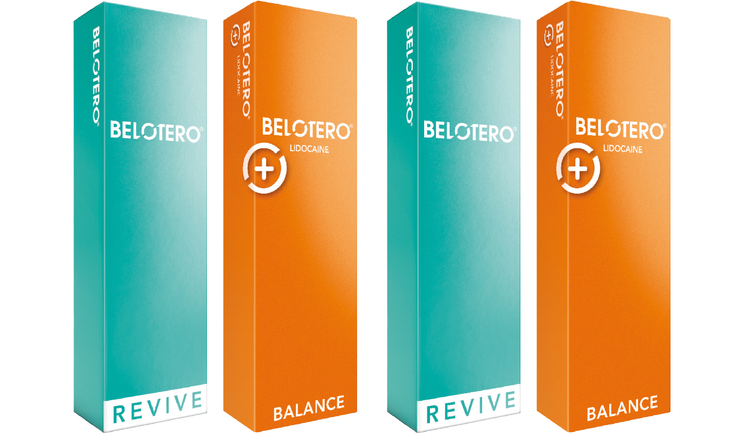 As a doctor, my background is in medicine, but, ironically, I was probably a much better student of the arts than I was in science at school. The visual arts have always really interested me, and as art is a huge part of aesthetic practice, it made sense for me.

What I enjoy most is rejuvenation. Typically my patients are women who noticing the signs of ageing or are feeling like they look a little bit tired, and it’s getting them down. Facial rejuvenation, particularly volume replacement using dermal fillers, can make such a profound change to how someone looks and then, ergo, how they feel, which is really what it’s all about.

The bulk of my practice is really centred around hyaluronic acid dermal fillers, and I’ve been using the Merz portfolio really since

I started about 10 years ago. I know them well, and they are the products we use in our training academy as well.

For me, there are genuine advantages of using BELOTERO, the most important being their low propensity to stimulate an immune response.1

Patient safety is paramount. When it comes to BELOTERO Revive, I think that Merz Aesthetics has been very clever with it because they’ve tapped into the mindset of the patient and the injector. There are many skin boosters on the market, but one of the frustrating things about them is how long it takes before patients see anything happening! None of these products are going to give anyone a structural change like fuller cheeks or a sharper jawline; it’s all about the skin. The great thing about BELOTERO Revive is the fact that they’ve introduced glycerol to the product.2 Glycerol is a molecule that will absorb its weight in water in about 72 hours.3

This means patients start to see something happening quickly, usually within three days.

It’s a relatively new product. I’ve just started to use it, so I have been ringing all my patients up at three or four days to see what’s happening, and a significant number of them are saying, “It’s hard to put my finger on it, but I just feel like everything just looks a bit plumper.” The glycerol gives you that before the HA starts to kick in. Seeing more instant results keeps patients interested.

The other thing I like about BELOTERO Revive is that you can spot treat. Where someone’s got an issue, particularly with a localised area of skin laxity, that’s just starting to crepe, and it’s not really something that you can fill or volumise. Having something like BELOTERO Revive up your sleeve to be able to go and spot treat, is particularly useful because it allows you to be a bit more flexible.2

A 42-year-old female patient presented to me complaining of fine, static lines and textural skin changes, mainly in her lower medial cheek/lateral perioral region. These ‘cat scratch’ lines which are lateral to the cheek and extend to the perioral region, are classically tricky to treat as they are as much to do with skin texture as they are the lines themselves. She came in asking for filler, but my position was that she wasn’t really a suitable candidate for volumising in the classic sense.

I chose to do a spot treatment using BELOTERO Balance initially for the static lines combined with BELOTERO Revive to treat the texture2 at subsequent visits. The changes this patient was experiencing were generally related to the ageing process but more specifically to photodamage. She described a combination of fine lines, erythema, hyperpigmentation, and the changes in skin texture, which is really what BELOTERO Revive is about.2

We did the first treatment in May 2021. At this visit, I used BELOTERO Balance to the perioral region, injected with a 30-gauge needle using a superficial blanching technique.4 BELOTERO Balance is really nice for these sort of static lines, but when you follow it up with BELOTERO Revive to improve the texture, that puts the icing on the cake. We did the first Revive session two weeks later, concentrating on the lateral perioral region. This was followed by a further Revive treatment four weeks subsequently and a third Revive treatment four weeks after that.2 We used a 1ml syringe to inject 0.5mls of Revive into this area of concern on each side. The treatment is generally well-tolerated, and I tend to use a little bit of topical anaesthetic to make it more comfortable.

I use a 30-gauge needle and inject as superficially as I can. The 30-gauge needle is what comes as standard with BELOTERO Revive, and I just inject it generally, covering all the areas that we’re worried about in terms of texture. You can also use a cannula to thread up and down the area. I prefer to use a needle because that’s the method used in the ‘Belove’ study.5

You want to inject as superficial as you can. It’s difficult to get truly intradermal consistently with a needle, you’re going to realistically be subdermal, but you want to be raising a little bleb in terms of visual feedback.2 It’s a straightforward treatment – a very similar technique to superficial blanching, which is a very well-recognised technique.

There are genuine advantages of using BELOTERO, the most important being their low propensity to stimulate an immune response1

In terms of outcome, a gradual improvement in fine lines, skin texture, feel and hyperpigmentation was noted throughout the treatment course. The patient was really pleased overall. What she wanted to achieve, we’ve done, and she’s keen to continue with it. The typical protocol with Revive, subsequent to your first three sessions, is that you get seven to nine months’ of longevity and then typically, you will need one to two booster sessions a year after that.2,5

To maintain these results, we’d need to do BELOTERO Balance twice a year and then just top with Revive once or twice a year. That’s what I would be aiming for.