The Christmas season saw a rise in city workers opting for cosmetic treatment to tackle what is known as ‘boozer’s nose’. 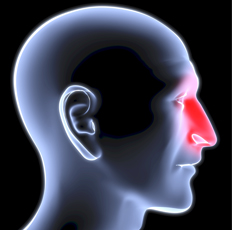 The lead up to the holiday period saw an increase in patients seeking removal of facial thread and spider veins, which carry the stigma of being related to alcoholism.

However, Dr Peter Finigan, medical director at Dr Newmans Clinic in Harley Street, said the red nose and cheeks caused by prominent blood vessels are often incorrectly associated with heavy drinking. Additionally, the number of male patients at the clinic has increased from 5% to 40% in the past 10 years.

“Thread veins can be caused by too much sun, hormones and pregnancy, a genetic predisposition, or a skin condition such as [common rash] rosacea,” Dr Finigan said. “Given the City’s reputation for long lunches, patients are concerned people will assume they are heavy drinkers, when, often, nothing could be further from the truth.”

The removal procedure involves the use of microwave technology to heat and destroy blood vessels, using an ultra-fine insulated needle. Each session takes 20 minutes, and one or two sessions are needed.

Patients have reported feeling overlooked for promotion in the workplace, because of the alcoholic stigma associated with 'boozer's nose' and the resulting assumption that they are undependable.