On the Scene: CoolSculpting Event, London 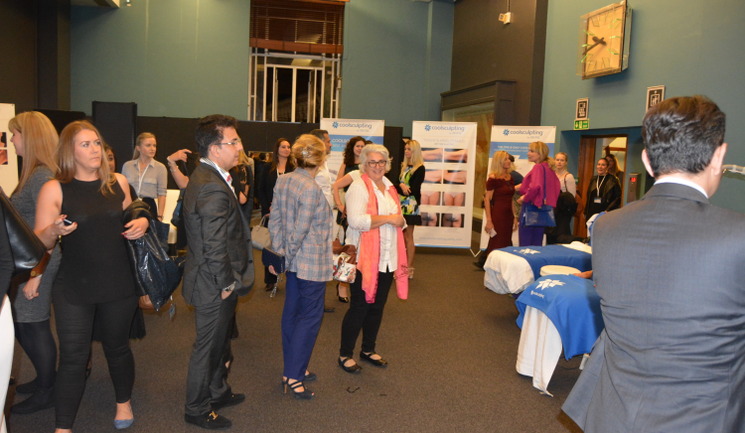 Attendees were greeted at the Natural History Museum with drinks and canapés for the CoolSculpting event on September 22.

Guests were ushered to an auditorium, where senior director for international marketing at Zeltiq, Andy Vutam, provided a welcome talk and introduction to the CoolSculpting fat freezing technology.

Vutam said the fat freezing phenomenon has been growing, and that there is still a lot more room for growth, “We are the only company right now that has treatments in the millions in terms of fat reduction, so the popularity is growing.”

He then introduced Dutch plastic surgeon, Mr Farid Kazem, who discussed his experience using CoolSculpting, the science behind the product and then provided examples of his before and after image. Mr Kazem said he likes that “there is over 60 clinical publications, a lot of research and development and more than six years of experience in the product. But most importantly, you get good results and that’s what I really like – it’s not just a matter of chance it happens every time.”

Plastic surgeon Mr Tariq Ahamd, who has only been using it for three months, then discussed the benefits he has seen so far, saying that the technology is ‘exciting’.

Vutam followed these talks with marketing tips and advice and practitioners were invited to watch live patient demonstrations and take part in a question and answer session followed by dessert and networking.

Vutam said he was happy with the success of the evening, "We were delighted with the attendance of our CoolSculpting event at the beautiful Natural History Museum in London.”

He added, “The objective of this event for Zeltiq was to introduce and connect with aesthetic providers, to inform them of the significant potential of the non-invasive fat reduction market within the UK and globally. Equally important to us, was to ensure that these potential new customers understand the safe, effective and differentiated CoolSculpting technology.”