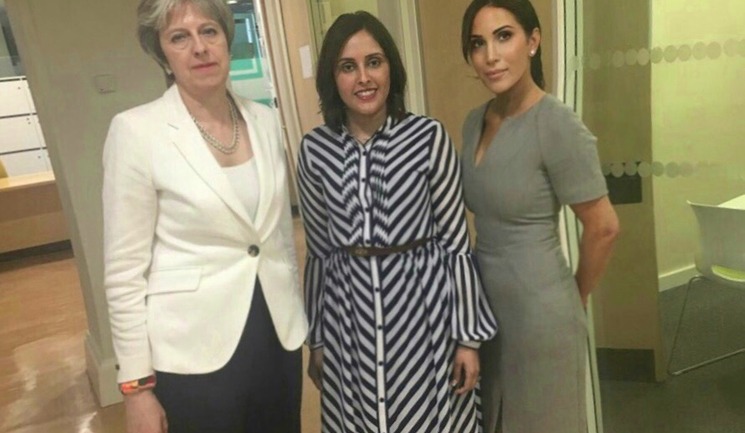 On May 4 Dr Selena Langdon, aesthetic practitioner and representative of industry group Keep Medical Aesthetics Medical (KMAM), and the founder of the Safety in Beauty campaign, Antonia Mariconda, met with prime minister Theresa May.

During the meeting, May heard from both representatives as they called for regulation to be implemented within the specialty.

Dr Langdon argued that only medical professionals should carry out aesthetic procedures and the UK should specifically exclude non-medical practitioners from carrying out procedures. The pair also presented areas of concern detailed in a report written by Safety in Beauty, which argued invasive aesthetic procedures, as well as those distributing and dispensing prescription-based devices and products. They also highlighted a need for mandatory regulation for all professionals working in the UK, as well as training and educational organisations. Mandatory regulation for appropriate patient selection and psychological screening was also discussed.

The Safety in Beauty report included photographs of several botched procedures and highlighted more than 1,200 complaints made by the public in 2017. A letter emphasising the concerns of a number of medical professionals, written by aesthetic practitioner Dr Dan Dhunna on behalf of the newly-formed British Association of Aesthetic Nurses, Dentists and Doctors (BAAND), was also presented to the prime minister.

The meeting concluded with May assuring Dr Langdon and Mariconda that, “This will be passed to the Department of Health for investigation.”

Dr Langdon stated following the meeting, “I am pleased that I have had the opportunity to put my concerns and frustrations for public safety directly to the Prime Minister, and I feel that this direct meeting has allowed me to represent some of the frustrations both my medical aesthetic colleagues and I have faced for years at the lack of regard for proper training, education and regulation.”

Mariconda added, “I am delighted that The Safety in Beauty Campaign is the first and only campaign of its kind in the UK to have been given the opportunity to directly present to the Prime Minister, a vast array of complaints and cases received, our primary goal was to give the public a representative voice in demonstrating how the industry has become a cash lucrative wild west enticing thousands of unqualified and poorly trained cosmetic cowboys to enter the arena. Our concern and major priority is public safety, and the potential for serious risks and complications is now at crisis point.”