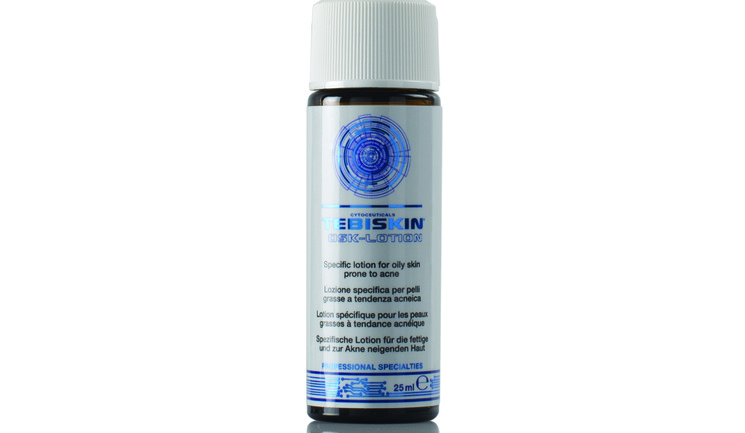 Tebiskin OSK Lotion, which focuses on the management of acute acne and oily skin, aims to prevent the accumulation of sebum on the skin surface, clean the ducts of the sebaceous glands and reduce the severity of inflammatory cells.

A case study conducted on the Tebiskin OSK Lotion by professor A.C. Chu et al, evaluated the efficacy and tolerability of the lotion containing triethyl citrate and ethyl linoleate in the treatment of mild to moderate acne vulgaris in 33 patients. The study indicated that patients treated with the lotion showed a reduction in lesion counts, acne grading by four weeks and a reduction in sebum production.

Tebiskin OSK Clean is a pyruvic acid-based exfoliator that aims to slow down oil production while helping to unclog blocked hair follicle ducts. According to the company, Tebiskin OSK Clean aims to improve the condition of oily and problematic skin and contains triethyl citrate, pyruvic acid and triclosan that aim to eliminate and prevent the occurrence of manifestations of acne. The company further claims the wash also has antibacterial properties.

SkinMed managing director and clinical trials supervisor, Peter Roberts said it is a, “Non-antibiotic, non-benzoyl peroxide, non-retinoid solution for acne and oily skin that works faster than routine prescription products and does not create resistant bacteria.” Tebiskin products are distributed in the UK by SkinMed Ltd.