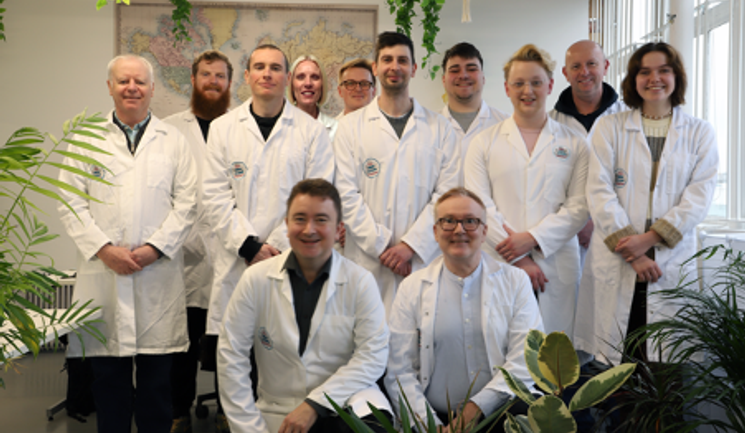 Private label cosmeceutical supplier 5 Squirrels has been selected to join the four-day week pilot programme in the United Kingdom. The pilot, which kicks off in June, is being run by 4 Day Week Global in partnership with leading think tank Autonomy, the 4 Day Week UK Campaign and researchers at Cambridge University, Boston College and Oxford University. The programme has been designed to measure whether employees can operate at 100% productivity working for 20% less time with no reduction in pay. When the pilot programme was announced in the United Kingdom, the organisers were inundated with expressions of interest.

“We have been considering a productivity-focused, reduced-hour work model for some time,” explains 5 Squirrels CEO Gary Conroy. “We were absolutely delighted when we heard we were one of only 30 companies to have been selected to take part in the four-day week pilot programme in the UK. Giving our employees a healthy work-life balance has always been a key priority at 5 Squirrels, and this is the perfect way for us to do that. The world of work is changing and we want to place the emphasis on productivity, not hours worked. We believe that flexible working can improve productivity and enhance the well-being of our workers, as well as having a positive impact in term of the environment and gender equality.”

4 Day Week Global is a multinational coalition of businesspeople, academics, researchers and authors collaborating to make the productivity-focused flexible work model of the 21st century a reality. It is the culmination of the movement established after the successful four-day week trial at New Zealand trustee company Perpetual Guardian.
This pilot programme is a coordinated six-month trial of the four-day working week. It runs in parallel to similar pilot schemes in other countries, including the United States, Canada, Australia and New Zealand. This is a first-phase trial that will connect 5 Squirrels with training and mentoring support from international experts who have previously implemented similar programmes.

The pilot includes training, mentoring and networking with international organisations who have successfully implemented a four-day week. 4 Day Week Global researchers will work with 5 Squirrels to establish relevant productivity metrics for their business, and to define what success looks like for the company. These metrics will be monitored throughout the trial, with an impact assessment specific to 5 Squirrels produced after the trial.

“The future of work is a massive global challenge for the aesthetics industry, and we’re proud to be participating in this fantastic programme,” says Gary Conroy. “We’ll be kicking off our six-month trial in June, with the support of some great mentors and an experienced network. Keep an eye out as 5 Squirrels embrace this journey of working smarter, not longer!”