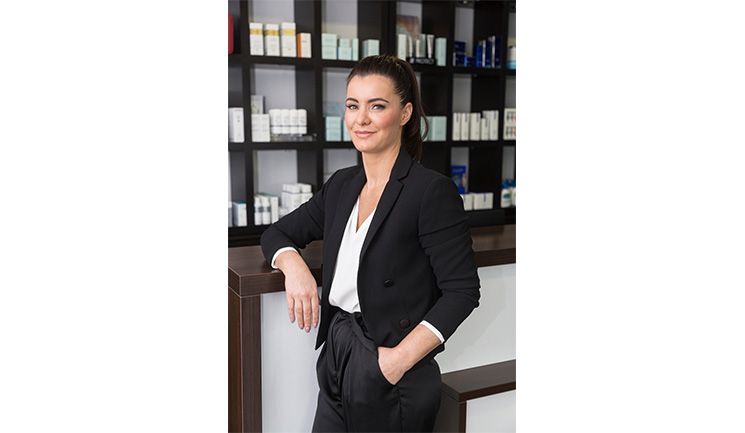 Growing up in a family of nurses, Anna Gunning was encouraged to follow in their footsteps from a young age. Due to a lack of training places in Ireland at the time however, it was a difficult field to get into.

She reflects, “To be considered for a spot at one of the hospitals you had to go through a rigorous interview process and complete exams and essays – because of this a lot of people from Ireland went to the UK for their training instead.” Gunning was thrilled that she did manage to pass this challenging entry process though, and went on to complete her training at the Mater Misericordiae University Hospital in Dublin, graduating in 1994.

She says, “It was very strict there because it was run by nuns. Everything had to be perfect – even down to what colour tights we wore. Although, we were given a lot of responsibility from the outset – they would leave us alone to watch over the wards by ourselves. That’s something most people probably don’t even get to do in their third year of university. I think that allowed me to become capable from a younger age and when I started working elsewhere I really noticed the difference.”

After 10 years working in nursing across London and the Middle East, Gunning realised that she wanted to try something different. She comments, “I signed up to a recruitment agency and was put in contact with The Harley Medical Group, London. I’d always had acne when I was younger so I liked the idea of getting into aesthetics and being able to help people like myself. I went for an interview and ended up working for them for two years as a cosmetic nurse.”

While working in aesthetics, Gunning noticed a gap in the market and decided to open her own practice in her hometown, Mullingar. Despite having no business background or expertise, she bought what she describes as “a derelict building” and in 2005 transformed it into what’s now known as The Laser and Skin Clinic.

Gunning explains that starting a new business proved difficult at first. “I remember when I’d first opened and I was sat there with my friend wondering why the phone wasn’t ringing and people weren’t booking appointments – and she told me it was because nobody even knew I was there! I had to learn how to market myself,” she reflects, adding, “Of course, it was very different from how you would now as there was no social media. It was also tough because back then aesthetics wasn’t as big or as known – people didn’t really understand what it was I was doing. To promote the clinic I relied heavily on leaflet dropping and local newspaper adverts. Eventually I built up a good patient base and from then on I got new leads through word of mouth.”

Now the owner of three clinics across Ireland – Dublin, Mullingar and Athlone – Gunning states that the highlight of her career was being able to expand her business and run them all successfully. She is also proud that her clinic has been recognised at the Aesthetics Awards; wining Best Clinic in Ireland in 2015 and Best Clinic Group UK & Ireland (3 clinics or more) in 2016 and 2018. On what advice she would give to other practitioners opening clinics, Gunning says it’s important to maintain a strong business mind and keep sight of your end goal. “I believe if you really set your mind to something, you can do it,” she says, adding, “I’ve always had a strong drive to succeed in my career. I didn’t know anything about business when I started out, but I didn’t let that stop me and I learnt on the way!”

Expanding and updating your treatment offering is also something Gunning sees as integral to maintaining a successful clinic. “When I first started The Laser and Skin Clinic, I only had two treatments – the Cynosure Elite Laser system and a medical microdermabrasion system. I kept researching and investing in new products and devices, making sure I could offer the best possible service to my patients. My Christmas present was always a new laser for my clinic! I now provide a variety of skin, laser and injectable treatments. Just because a practitioner becomes successful doesn’t mean they can stop looking for new things – it should be a constant process,” she advises.

As well as being a clinic owner, Gunning is also one of the founding members of the Dermatology and Aesthetic Nurses Association of Ireland (DANAI), runs her own online store for skincare, and has her own aesthetic training company, Cosmed.

She says, “I decided to start Cosmed two years ago because I wanted to share everything I had learnt over the last 15 years in aesthetics, as well as 25 years in nursing, and I felt like I had reached the right place in my career to do this. The aim is to help people who are just entering the industry as I know it can be daunting for new practitioners.” Through Cosmed she has worked in conjunction with pharmaceutical companies such as Merz Aesthetics, distributor Med-Fx and skincare brand SkinCeuticals.

When asked about the future of her career and clinics, Gunning notes that she’s happy with what she has achieved. She smiles, “All the employees at my clinics are like a family – everyone supports each other. I don’t think I’d open any more clinics or spread myself too thin, as I wouldn’t want to risk losing that closeness. I hope to keep developing my training programme and contribute to furthering the profession as a whole.”