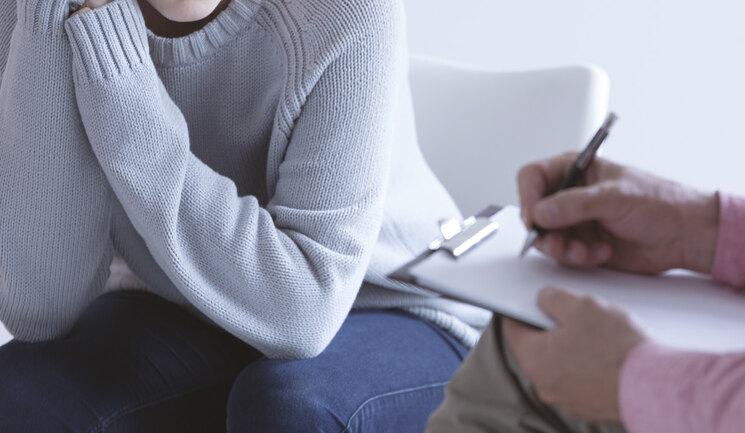 Self-harm injury represents a challenging presentation in clinical practice, which is frequently associated with a socially stigmatising pattern of scars. Patients may present to a variety of healthcare professionals in the reconstructive as well as the aesthetic arena with a quest to ameliorate the appearance of scars by means of either surgical revision or resurfacing procedures.

This article aims to explore the literature pertinent to the topic and presents the basic tenets of holistic patient management.

Background and epidemiology of self-harm

Self-harm injury has been traditionally regarded as a presentation accompanying various mental disorders like psychosis, depression, post-traumatic stress, as well as personality disorders.1 The European Society for Dermatology and Psychiatry classifies self-harm under impulsive, non-hidden, non-denied behavioural pattern for skin modifications.2 This impulsive behaviour consists of isolated or recurrent acts directed towards the self, most commonly without an obsessive component, rendering rapid but short relief from a variety of ‘intolerable internal states’.3

The epidemiology of self-mutilation in the past decades has changed towards younger individuals without a defined psychiatric condition e.g. depression, anxiety or personality disorders, with such behaviour often occurring within a high achieving academic/ professional background.4

Self-harm is increasingly being used as a coping strategy among teens and young adults to decrease emotional distress, dissociation and post-traumatic symptoms.5 It has been postulated that the ‘contagion factor’ may contribute to the increase in self-harm activity by virtue of curiosity, peer pressure and risk-taking behaviour promoted in popular media.4 This coping strategy pattern has become a major health concern and many individuals are expected to seek treatment in the near future.4-6

A number of literature reports have suggested that self-harm affects 4% of the general population, with equal prevalence among males and females.5,7 It is important to note that the true incidence of self-harm is very challenging to accurately define, given that it occurs in a number of diverse settings and is thought to be underreported.4 One study among school adolescents in 2002 indicated that only 12.6% reported their injuries to a hospital/medical professional.8

Although self-mutilating behaviour was considered by some early clinicians as a form of suicidality, accounts since have suggested that this type of behaviour is not strongly associated with a high risk of suicide.5 A UK mortality follow-up study published in 2004, involving 11,583 individuals over an average of 11.4 years, identified that the overall mortality by suicide in the cohort was 2.6%.9 Further studies are eagerly awaited to delineate the most recent epidemiological trends.

The clinical presentation of patients with self-harm scars varies widely in terms of the underlying mechanism, time lapse following injury, as well as the individual scar characteristics. The upper limb (especially non-dominant) is most frequently involved, followed by the lower limb and trunk in order of prevalence.10 In my experience, scars tend to be multiple, parallel in pattern, most frequently hypopigmented (i.e. lighter in colour compared to neighbouring skin) and atrophic in quality (i.e. containing decreased amount of collagen).

Bridges of intact skin in-between the individual scars is a frequent finding, which contributes to a characteristic stigmatising pattern. A definite proportion of my patients presenting with recent scarring have erythematous and hypertrophic (i.e. bulky) scars. I have found that the majority of individuals resort to concealing behavioural patterns in daily activities; these include avoiding exposure/covering involved bodily parts with clothing in an attempt to avoid challenging situations in everyday encounters.

Most individuals present to my clinic with complaints regarding the stigmatising pattern of their scars and report feeling trapped in long-standing shame, regret and guilt, resulting in significant body image disturbance.

Patients with self-harm scars need to be approached with sensitivity and openness within a multidisciplinary setting familiar with the holistic needs of this subgroup of individuals. The managing team should ideally encompass professionals of plastic surgery/dermatology background, as well as psychologists/psychodynamic therapists and other allied health professionals.

It is vital that as part of the consultation, clarity is obtained that the individual is determined to commit to internal processes needed to refrain from self-harm; it is also important that there is a supporting network of interpersonal/social relationships and stable employment in place before any consideration for intervention.

It is good practice to refer all patients to a psychology or psychotherapy practitioner before commencing any scar management. This allows patients to deal with any remaining internal conflicts pertinent to the original motives behind self-harm and, most importantly, have support for any difficult emotions that may arise during physical scar management.5,11

Reluctance in treating self-harm scars is intense in the clinical literature on the basis of potential medicolegal implications and an interval of at least two years following injury before any consideration for reconstruction has been proposed.12 I believe this notion is best challenged within the context of individual circumstances relevant to each patient and the specialist skillset of the responsible medical practitioner.

For a small proportion of patients with painful, itchy hypertrophic scars, steroid-based strategies using tape, injections or laser-assisted techniques can be very successful.13,14

Makeup products are a valid option for patients wishing to conceal areas of scarring and avoid invasive options, with the main drawback being the need for repeat applications. Tattooing can be either of decorative nature or medical grade and can contribute to a better colour match with the surrounding skin.15 Follicular transfer (hair transplant) is another option that has been described in a single literature case report and is appropriate for hair-bearing areas of the body.16

These options can address concerns regarding the surface characteristic of scars e.g. colour, texture and contour and hence ameliorate the stigmatising self-harm pattern.

Mechanical removal of the epidermis through dermabrasion has traditionally been used as a resurfacing modality, either alone or in combination with other adjuncts.17 In my experience, its popularity has decreased over the last decade given new emerging technologies in scar management.

Percutaneous collagen induction or microneedling is one such technology. It relies on the creation of a non-confluent and non-ablative pattern of skin punctures with the resultant preferential release of transforming growth factor beta-3 (TGF-β3) rendering a remodelling effect.18

My personal experience would support the use of long needles (2.5-3mm long) in order to stimulate the maximum collagen regenerative response and this frequently necessitates the use of regional anaesthetic or sedation techniques to ensure patient comfort during the procedure.

Non-ablative fractional laser has also been described as a treatment option; it relies on the creation of a pattern of micro-thermal damage zones (MTZs) leaving intact surrounding tissue able to stimulate a healing response and scar remodelling. This modality is less invasive than ablative ones (e.g. carbon dioxide) and carries less risk of unwanted side effects, including dyspigmentation.19 In a single study involving 16 patients undergoing three sessions of 1565 nm Erbium glass laser at four-week intervals, highly significant changes in objective scar measurements, as well as clinical evaluation parameters, were reported.20

The carbon dioxide fractional laser resurfacing approach has also been utilised in the literature. A retrospective review in a South Korean centre involving 11 patients employed one to six sessions spaced four to eight weeks apart. Pre and post treatment photographs at three months after the last treatment, using a quartile grading scale, indicated that 82% patients showed significant improvement (between 51% to>75%) and a mean overall improvement score of 2.82 (range from unsatisfied -1 to very satisfied -4). In terms of complications, some post-inflammatory hyperpigmentation was seen.21

These techniques aim to alter the shape/outline and reduce the overall number of scars. Direct excision can be a good option for markedly wide scars; most frequently multiple/serial staged excisions are necessary if scarring is present over a large surface area.22 Dermal templates (artificial skin) can also be used.

One of the most popular templates consists of an outer layer of silicone and an inner layer of bovine collagen crosslinked with glycosaminoglycan matrix (chondroitin-6-sulphate). It is applied to the wound following block scar excision to act as a neo-dermis with epidermal cover, achieved using a split skin graft. Two case series in the literature have reported satisfactory results, with socially and cosmetically acceptable scar appearance and increased self-confidence. Complications included graft loss in one patient necessitating a further re-grafting procedure and variable levels of hyperpigmentation.22,23

Tissue expansion is another option and involves the insertion of an inflatable prosthesis near the scar field and its gradual expansion in the outpatient setting. Eventual block scar excision and re-draping of the extra skin generated eventually produces a single scar. Such an approach can remove the multiple scar pattern frequently seen in affected individuals; nevertheless, it represents a long reconstructive journey with associated risks of expander infection/extrusion. Split skin graft techniques have been described in the literature, with most resurfacing the scarred area using skin from remote donor sites (e.g. thigh/buttock).24,17

More modern techniques avoid the creation of extra scars by harvesting skin grafts from the index scar field.25,26 Combined skin graft and scar excision techniques can also be useful. Isotopic split skin grafting involves graft harvest from the scarred area, excision and direct closure of the widest scars, and the final replacement of the skin graft onto the original site.27

A combination of surgery and laser resurfacing techniques have also been described. A single study involving 26 anatomical sites of 16 patients has detailed a combined approach involving trimming of hypertrophic scars down to intact skin level, intralesional steroid injection, carbon dioxide laser resurfacing and the application of a thin split skin graft under general anaesthetic. Encouraging results were reported with scars assuming a socially acceptable appearance similar to a burn scar; complications included one case of partial graft loss and one of hyperpigmentation and inclusion cysts in the early postoperative period.1

An increasingly popular combination in my practice is the use of non-ablative fractional laser (NAFL) following direct excision and closure. A recent systematic review has provided promising preliminary data on the ability of early laser intervention to reduce scar formation and improve overall outcomes following surgery.28

Self-harm scarring is a challenging clinical presentation. Patients presenting for scar resurfacing and revision are best managed by a multidisciplinary team incorporating allied health professionals experienced in supporting their needs in a holistic manner.