The Rise of Influencer Injectors 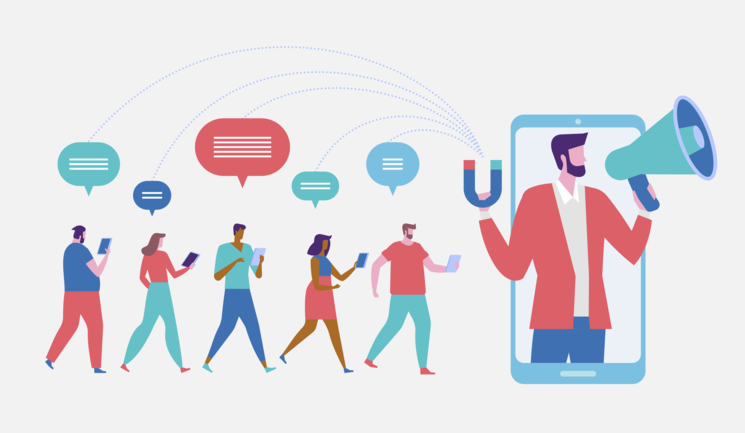 Medical aesthetic practitioners have been raising safety and regulation concerns in both the mainstream press and social media following recent reports of non-medical ‘influencers’ training in injectable procedures.1-5 Some of these influencers and celebrities include ex-Love Island star and personal trainer Rykard Jenkins,1,2,3 former TOWIE star Lauren Goodger4,5,6 and glamour model and TV personality Danielle Lloyd.5,7 All have between 70-759k followers on Instagram and none have a medical background. As aesthetics is an unregulated market, it is legal for any individual to inject botulinum toxin and dermal filler treatments following a short training course.8

Aesthetic practitioner Dr Shirin Lakhani told Aesthetics that she was disappointed and shocked to hear that celebrities and influencers were turning their attention to the aesthetics field. “I find it terrifying that people who don’t even hold beauty therapy qualifications are legally able to go on a short training course and be ‘qualified’ to perform treatments like botulinum toxin and dermal fillers,” Dr Lakhani says. Aesthetic practitioner Dr Sophie Shotter adds, “To be in an era where someone can go from an untrained reality TV star to delivering injectable treatments is very, very concerning – I think this is utterly ridiculous.”

The non-medic injector debate in aesthetics is long standing.9,10 Many healthcare professionals believe that non-medical professionals are not equipped to recognise and deal with potentially life-threatening complications that may occur following treatment and cannot be held accountable as they have no oversight by a professional body such as the GMC, NMC and GDC.

However, Dr Shotter is particularly concerned with the rise of ‘influencer injectors’ due to their high social media reach and “young and easily influenced” following. She says, “For example, as part of Love Island, Jenkins’ has presented an ‘aspirational’ image to millions of young people, who will now be exposed to him marketing his aesthetic services. He isn’t bound by the same ethical codes of conduct as medical professionals with regards to his practice and his marketing, and I think this is particularly dangerous for his 350k followers.”

Aesthetics approached various influencers who have trained in injectables for comment, but they either declined or did not respond. Maxine Hopley, CEO of Cosmetic Couture, which openly trains non-medics, and trained Rykard Jenkins, disagrees that non-medics cannot be taught how to perform safe treatments. She highlights that there are many medics who agree with her, stating that Cosmetic Couture has trained countless medical professionals who have gone on to train non-medics. Hopley says, “They would tell you they train non-medics because as long as the individual is competent and capable, the training is thorough and includes first aid and adverse effects, with clinical oversight and ongoing support available, the processes and procedures are not that complicated and not really that dangerous. Which bit of a nurse’s training, for example, makes them more suitable for aesthetics training than a lay person who undertakes a specialist first aid and injectables adverse effects course as part of their training? Shouldn’t this be about the quality of the training and the further support and realistic regulation, rather than the individual?” However, Dr Shotter strongly disagrees that these procedures are safe for lay people to perform. She explains, “Aesthetic procedures carry risks. It’s vital to be able to mitigate that risk through thorough in-depth knowledge of anatomy – something which medical professionals learn over several years – to recognise these problems when they happen (being able to clinically diagnose), and finally to be able to treat these problems (prescribing and administering prescription only medications).” She adds, “These are skills which are entirely additional to the artistic expertise needed to get beautiful results from injectables. These are medical skills which are essential to practising injectables safely. I would argue it’s impossible to learn all of this in such a short course. This takes years of medical training and time spent in medical environments.”

Conversely, Hopley believes that many medical aesthetic practitioners are more concerned about money rather than patient safety. “Medical professionals in the aesthetics industry know the value of the business and that’s why so many leave the NHS and set up aesthetic practices. Let’s be clear here – this is a fabulously lucrative industry and it’s not a coincidence that some medics want to keep the business for themselves,” she says. Dr Lakhani told Aesthetics that she does not consider non-medics or even her neighbouring medical professionals as competition. “Non-medical professionals don’t know how to recognise a complication or deal with it and don’t have the support of medical professionals to fall back on. There is enough work for everyone and my concerns are entirely about safeguarding patients,” she explains.

In recent months the British Association of Aesthetic Nurses updated its Code of Conduct to make it clear that it does not support the training and prescribing of beauty therapists and non-medics,11 which also reflects the stance of the British College of Aesthetic Medicine. The training and prescribing of beauty therapists in injectable treatments such as botulinum toxin and dermal fillers is also not supported by the UK’s voluntarily registers, the Joint Council for Cosmetic Practitioners (JCCP) and Save Face. Ashton Collins, the director of Save Face states, “It is terrifying that a lay person can undertake a training course and emerge a few days later offering a range of complex and advanced non-surgical treatments. What is scarier still is that the training course itself is being legitimised and promoted via social media to an audience that has been accrued because of a reality TV appearance, an audience that has been conditioned to think that having cosmetic procedures is normal and risk-free because of programmes like Love Island.”

Dr Shotter concluded, “As medical professionals we have a duty to protect public safety, and as such we must speak out when we have concerns to this degree. I am not afraid of local ‘competition’ as insinuated – I suspect these influencers’ patient base will be very different from my patients, but I am very concerned about the possible impact on public health from someone with minimal qualifications performing treatments which could require expert medical help to correct.”