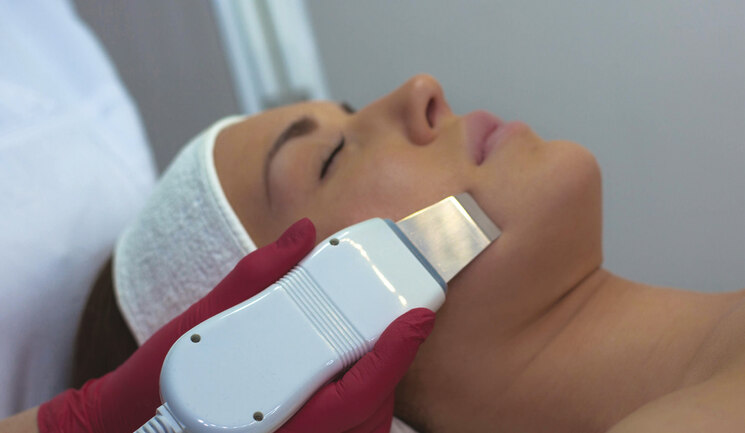 The use of energy-based devices such as lasers and intense pulsed light (IPL) has become increasingly popular for the treatment of unwanted body hair. However, as the use of these devices for hair removal have become more widely used, spontaneous reports of the perception of increased hair growth at sites around previous hair removal has been noted. This rare but notable adverse effect is known as paradoxical hypertrichosis. It was first described in the literature in 2002 following IPL therapy1 and can cause great distress to patients.2,3

Hypertrichosis is a condition in which the hair is longer and denser than what is considered normal for an individual based on their age, sex, ethnicity and location of the body and can be classified based on its distribution (generalised vs. localised), age of onset (congenital vs. acquired) and type of hair (lanugo or vellus vs. terminal).4

While the incidence of paradoxical hypertrichosis ranges from 0.6% to 5.1%,5 its exact prevalence is unknown and it is believed to be underreported.6 It appears to occur with low fluences and has been noted in all laser types, such as diode, Nd:YAG and alexandrite lasers, as well as IPLs. According to the literature, alexandrite laser (755 nm) and IPL (590-1200 nm) devices have the highest incidence.1,7,8

Paradoxical hypertrichosis most commonly occurs on the face and the neck2,5 and it has been suggested that individuals with darker skin types (III-V) with dark, thick hair and underlying hormonal conditions may be at increased risk of experiencing the condition.5

Although, one case has been reported in the literature of a Fitzpatrick skin type II male aged 21. He was treated with an Alexandrite 755 nm laser set between 20 and 22J/cm2 at 10-12 week intervals over a course of seven treatments. After 10 years, the area of paradoxical hair growth was sparser compared to immediately post treatment, however it remained denser compared to pre-treatment.6 Hypertrichosis is reportedly less common in African-American patients (skin type VI) due to their tendency to have coarse (non-vellus) facial hair.9

A retrospective study published in 2005 to review the prevalence and features of the paradoxical effect included all patients who underwent laser hair removal with a long-pulsed alexandrite laser (755 nm) at a certain practice in the US during a four-year period.10 Patients with post-laser hypertrichosis (p=489) were compared with 50 randomly selected patients who had undergone laser hair removal. Of the 489 patients, three (0.6%, 95% confidence interval: 0.01-1.9%) reported increased hair after laser hair epilation. There was a trend for this adverse effect to occur in darker skin phototypes (IV) and with black hair as compared with the unaffected comparison group (n=50). However, due to the small number of cases (n=3) researchers could not adequately test factors such as age, sex, treatment settings, and number of treatments statistically.10

Why does it happen?

The exact mechanism of action remains unknown, but it is speculated that low fluences can stimulate the transformation of vellus hairs into darker terminal hairs. In many studies, the explanation for increased hair growth with laser ablation is that suboptimal thermal energy is delivered to nearby follicles which results in induction of the hair follicle cycle.14,15

It does make sense that hypertrichosis can occur after laser or IPL hair removal because low level laser therapy (LLLT) is used in treating hair loss. Red or near infrared laser light can promote tissue repair and regeneration,16 and LLLT stimulates cellular activity.

A group of researchers observed the transformation of small vellus hairs into larger terminal hairs upon low fluence diode laser treatment and named this phenomenon ‘terminalisation’ of vellus hair follicles.7,19

Another group of researchers suggested that although the heat produced by laser or IPL is less than the temperature necessary for thermolysis of the hair follicle, this heat may be sufficient to induce follicular stem cell proliferation and differentiation by increasing the level of heat shock proteins (HSPs) such as HSP27, which plays a role in regulation of cell growth and differentiation.20 Sub-therapeutic injury caused by the laser or IPL could also result in the release of certain factors which could potentially induce follicular angiogenesis and affect the cell cycling.21

Sunlight has also been identified as having a tendency to induce hypertrichosis, and agents such as psoralens and porphyrins have been reported to potentiate it, so it would be prudent to avoid.5

How can paradoxical hypertrichosis be avoided?

If treatment is going ahead, the best advice is to warn patients, particularly with skin phototypes III-V of their increased risk and include it in your consent forms. However, the only real way to completely avoid the potential occurrence of paradoxical hypertrichosis is not to treat with laser or IPL devices, especially using low fluences in skin types III-V, or to suggest alternative treatments.

Another consideration is eflornithine 13.9% cream, sold under the brand name Vaniqa. It is a topical treatment that acts to reduce the rate of hair growth and appears to be effective for unwanted facial hair on the moustache and chin area.22,23 It does not remove the hairs, but there have been good results when used in combination with other treatments such as lasers and IPL to give the patient the best chance for successful hair removal.22,23

Paradoxical hypertrichosis is a rare, but notable adverse effect that can occur following laser or IPL treatments. Careful selection of patients is required for avoidance, particularly skin types III-V with low fluence devices. Practitioners should consider alternative treatment approaches if they believe their patient might be high risk and carefully consult their patients on this potential eventuality.