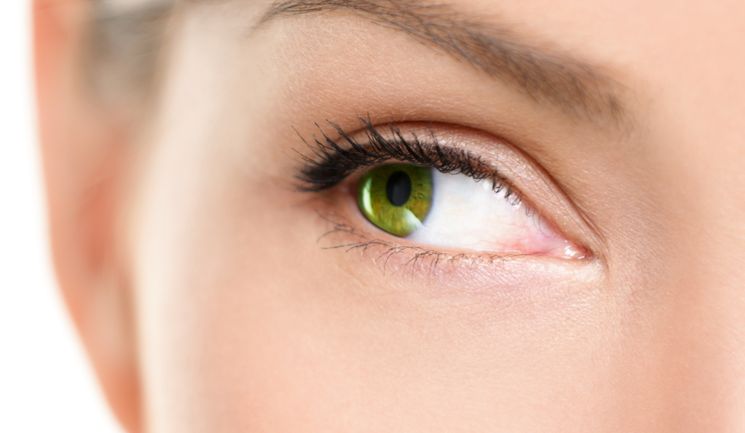 Appearance has enormous influence on psychosocial functioning1 and the eyes in particular play an important role in perceived attractiveness and communication.2

There is a wide range of physiological and constitutional variability in the contours of the eyelids. The spectrum of different eye shapes are only partly due to the nature of the eyelids themselves. Eye shapes are often determined by the morphology of the mid-face, the depth of the eye sockets and importantly, the size of the globes (eyeballs). There have been many morphometric studies demonstrating the importance of eye shapes in different ethnic groups, establishing this as an important indicator of attractiveness.3 A more reductionist analysis has identified several parameters as being important, such as eyelid length and ‘canthal tilt’, describing the angle formed between the inner/outer corners of the eye and the horizontal meridien.4

Lower lid sag is a common feature in many individuals and this can give a tired and drawn appearance. This article describes ‘almond eye’ surgery, which is a technique using novel biocompatible implants to address this particular feature. Conventional blepharoplasty is effective at reducing excess tissue, but is not able to correct changes in the shape of the lid contours. Many patients are seeking specialist aesthetic treatments focusing on shape change, rather than reduction of skin and bags. This is particularly the case for younger patients. There are a variety of eyelid shape parameters that can be changed using established treatments such as: ptosis correction, to raise the upper lid position; canthoplasty, to lengthen the eyelid in selected cases; and levator recession to lower the upper lid and reduce the palpebral fissure height. However, one of the most difficult features to treat is lower lid sag, which often requires lower lid elevation and change in canthal tilt.

There are many causes for lower lid sag and retraction which can either be pathological of physiological (constitutional). The pathological causes of lower lid retraction are beyond the scope of this article, but include a variety of conditions affecting the skin such as ichthyosis, chronic dermatitis, burns and skin tumours.5 In specialised oculoplastic aesthetic practice there is a significant number of patients with post-blepharoplasty retraction, a complication as prevalent as up 20% in some studies.6 Thyroid eye disease and other forms of inflammatory orbital conditions can also cause this. Lower lid skin shortage can also be congenital, in the form of euryblepharon.7

The majority of patients with constitutional lower lid sag are typically seen in context of myopia (short sightedness). Myopic eyes have a larger diameter and tend to protrude forward in what is described as a ‘negative vector’ eye configuration. In these settings, the lower lids have less support and often appear to be sagging. If also associated with a canthal dystopia (drooping outer corner of the eye), this can give rise to a lethargic or sad appearance.8

Treatments of pathological lower lid elevation generally require spacer grafts to be placed within the lower lid. Treatments like this date back to the 1940s, when cartilage grafts and other similar spacers have been used to elevate the lower lid, but due to their thickness give an unsightly appearance.9

There are only sparse reports in the literature of lower lid contour reshaping in healthy individuals undertaken for aesthetic reasons. This article reports on the experience of a patient undergoing almond eye surgery to address lower lid droop and canthal dystopia using a mucograft as a novel spacer implant. Mucograft is normally used for soft tissue augmentation in dental reconstructions.10

A 27-year-old gentleman presented to clinic to seek advice regarding improving lower lid sag which had been present as a constitutional feature since childhood (Figure 2). The lower lids were retracted, causing the white of the eye to show between the cornea and the lower lid. The feature is referred to as ‘scleral show’, meaning that there is white of the eye showing between the lower lid and the iris. He felt that this gave a somewhat tired appearance and droopy look to the eyes and he was keen to explore treatments to improve the lower lid position and eliminate the scleral show.

The patient was clear that he did not want a significant change in his overall appearance, but rather wanted only to reduce the scleral show and improve the canthal tilt. We discussed the possibility of performing almond eye surgery. The risks were discussed and would include chronic chemosis, failure of the procedure to elevate the eyelid, eye discomfort and asymmetry. These risks were all very low and the patient opted to proceed with the treatment.

When counselling a patient for this surgery, a meticulous examination of the eyelids and eyes is required. The almond eye procedure will not work for all patients. This individual had several factors in his favour for a positive outcome:

The eyelid is a complex multi-layered structure (Figure 1). The almond eye procedure is undertaken through internal incisions to recess the middle and posterior (orbital septum and retractors) layers of the eyelid. However, if skin and muscle shortage (anterior lamella) is the critical factor mediating the retraction, this procedure is less likely to work. Raising the lower lid in the context of skin shortage is more complex, requiring mid-face elevation and is generally not recommended as a primary aesthetic procedure. A careful examination of this patient suggested that there was enough skin to allow for the elevation created by the almond eye procedure.

No signs of dry eye. In my experience, patients with existing ocular surface disease, particularly blepharitis or dry eye, can have significant long-term discomfort after this surgery. The patient had no such ophthalmic issues.

The patient underwent a combined lower lid septo-retractor recession, with mucograft implantation and lateral canthoplasty. The precise details of the surgery are beyond the scope of this article but, essentially, the surgery is performed through the inside of the eyelid leaving no discernible scars. Through the conjunctival incision, the natural retractor bands within the eyelid itself are released, and then the spacer graft is sutured in to elevate the eyelid and prevent retractor re-attachment. A canthoplasty procedure resets the lateral canthal position, to provide further support for the eyelid and ensure that the canthal tilt (angle between medial and lateral canthi) is improved.

Mucograft is an animal-derived acellular collagen matrix commonly used in dental reconstruction. Mucograft is a highly versatile component allowing for epithelialisation of the compacted part and full integration into the inner eyelid.11 This lower eyelid procedure represents a novel application for this material.

Post-surgical recovery is usually between two to three weeks, although chemosis (conjunctival oedema) can take longer to settle, particularly in myopic patients. Until the mucograft epithelialised and integrates into the lower lid tissues, it maintains a hard and roughened surface. Bandage contact lenses are used in the meantime to allow for comfort, along with prophylactic antibiotics.

The primary outcome measured was elevation of the lower lid. The elevation of the lateral and central parts was 2.5mm after six months. Although this seems like a small amount, the normal palpebral aperture is between 8-9mm, so this change represents a dramatic improvement. The patient reported significant satisfaction with the outcome of the procedure with no residual discomfort reported (Figure 2).

Blepharoplasty alone is an effective procedure to reduce excess tissue and tighten skin, but is not able to change the shape and contour of lids. Treatment trends mean that patients are increasingly looking to consider reshaping of the eyelid contours, in terms of lengthening, changing angles and raising or lowering the curvatures of the lids. These are complex procedures with very narrow margins of error and require meticulous planning and examination of the eyes themselves. As with all eyelid surgery, this procedure requires a detailed biomicroscopic assessment of the ocular surface before proceeding. This type of procedure should only be performed by an oculoplastic surgeon with training in ophthalmology and an appropriate subspecialist fellowship training.

Almond eye surgery represents another step in the ongoing evolution of aesthetic eyelid surgery, with this report demonstrating that it can be carried out effectively and safely.