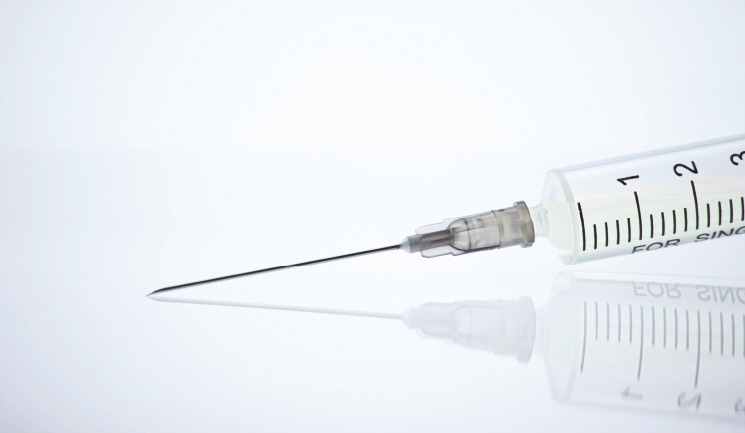 Within the aesthetics specialty, regulation and patient safety has remained a continuous debate. However, with the recent Health and Care Bill 2022 being implemented by the government to introduce a licensing scheme for practitioners operating in England, it seems that regulation within the industry is slowly starting to progress.1

In a recently published document, the Medicines and Healthcare products Regulatory Agency (MHRA) outlined the government’s response to a consultation on the future regulation of medical devices in the UK.2 The consultation took place between September and November 2021 with 891 responses involving 263 healthcare professionals and 200 manufacturers of medical devices, as well as involvement from healthcare institutions, enterprises, members of the public and trade associations.

According to the document, the biggest support was on improving patient safety from the Government and the MHRA aims to prepare regulations to ensure this remains a priority. These include reclassifying products such as certain implantable devices, expanding the scope to include certain products within the definition of ‘medical device’ and ensuring a smooth transition and implementation for the industry when the new regulations come into place.2

Furthermore, the consultation invited views on whether the UK medical devices regulation should be broadened to include devices without a medical purpose but which have similar risk profiles to medical devices. Devices which respondents believed should be regulated included buttock implants (93%), microneedling products (88%), dermal fillers (88%), liposuction devices (88%) and hair or tattoo removal lasers (81%).2 The respondents believed this would deliver safety benefits to patients and would align with the EU Medical Devices Regulation.3

To find out more about the new regulations and how they might affect the aesthetics industry, we contacted the MHRA as well as nurse prescriber and co-chair of the Joint Council for Cosmetic Practitioners’ (JCCP) Clinical Advisory Group, Andrew Rankin.

Within the consultation, the regulation of dermal fillers was outlined, with respondents believing that they should be administered/used by healthcare practitioners and should be available on a prescription-only basis. However, the MHRA outlines that it does not have a role in regulating healthcare professionals, which instead falls into the remit of the Department of Health and Social Care (DHSC). Instead, the MHRA has shared the feedback with the relevant DHSC team for consideration in its new licensing regime.1

In the document, the MHRA aims to prepare regulations reclassifying products such as certain implantable devices. This will extend the scope of regulations to include certain non-medical products with similar risk profiles to medical devices, such as dermal fillers, which will consequently be subject to more stringent regulation.2

The MHRA states that there are no plans for dermal fillers to become prescription-only, explaining, “Dermal fillers currently placed on the UK market with a medical purpose are called medical devices and are required to carry a UK Conformity Assessed (UKCA) or CE marking. There are, however, dermal fillers that are marketed for aesthetic use only that are not currently regulated as medical devices, as the manufacturer is not making a medical claim. There are also dermal fillers without a medical purpose but contain a medicinal substance, such as an anaesthetic. These would both then fall under the medicine’s regulation.” Therefore, the MHRA aims to change the classification of all dermal fillers which will result in them becoming subject to increased regulation.

The MHRA intends to require manufacturers of high-risk devices, including Class III medical devices such as dermal fillers, to publish data on device safety and performance following UKCA marking for intended users of the medical device in the form of a SSCP. As part of the SSCP, manufacturers will need to define and set out the suggested profile and training for users, which would be checked by their approved body.2

The MHRA comments, “Most dermal fillers, where the manufacturer makes a medical claim, already fall under the highest risk classification (Class III) under the current medical devices’ legislation. However, under the new regulations, we intend for dermal fillers without a medical purpose, for example cosmetic, to also come under the scope of the medical device’s regulations. Therefore, the changes will afford greater protection to users of certain cosmetic products by broadening and strengthening the regulation of these devices.”

Rankin welcomes this new regulation and believes it will help with public safety, clarity and transparency in the industry. He explains, “One of the biggest changes from the consultation is that UKCA, which will eventually replace CE marking in the UK, ensures that devices without a medical purpose are regulated the same way as medical devices. Currently, some dermal fillers are regulated as medical devices and have a robust regulatory system in place, but others are regulated as cosmetic products with a much lower level of regulation. I think this will make a huge difference in the industry and requires high standards to be met from initial manufacture through to post-market surveillance.”

The MHRA notes, “New regulations are still being finalised and laid in Parliament, and are therefore subject to parliamentary approval, but they will reflect regulatory changes set out in the consultation response. We will gradually phase in the new requirements with transitional arrangements, prioritising patient safety while giving the industry enough time to adapt to the change.”

Rankin concludes that practitioners should be aware of new regulation processes coming into place in the future. He states, “From a practitioner point of view, there are no real challenges with these changes, although they should be mindful of the new information provided with the device to be given to patients and clients. For manufacturers and distributors, there probably are additional challenges. For example, manufacturers or distributors that are unable to comply with the new regulations will be unable to market their products within the UK. Practitioners should be careful of where they are sourcing their products from and conduct thorough research before purchasing from an appropriate supplier. As well as this, practitioners should also be looking out for the new UKCA marking when buying products which will eventually replace the old CE mark.

He continues, "The objective of these changes is public safety, and with new levels of clarity and transparency, it should be easier for patients to do their research into the products to seek the assurance they deserve. Despite this, one change which didn’t come out of the consultation was restricting the supply of dermal fillers. However, the new licensing regime probably offers the best forum to make those changes.”