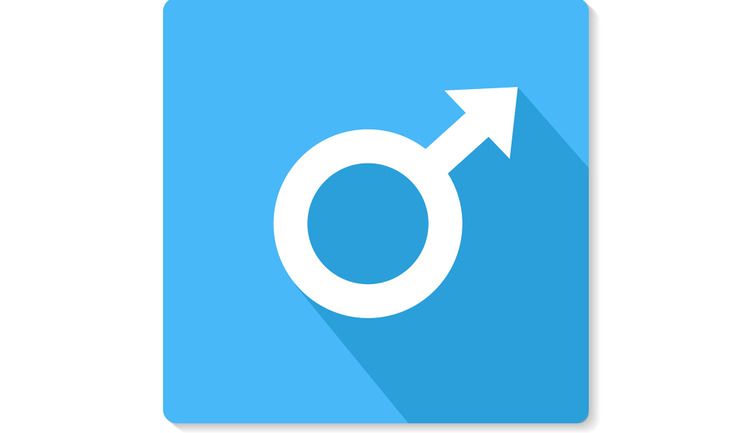 It is estimated that around 20% of all adult men suffer from erectile problems, this figure rises to 50% in men aged 40 and above.1 The aetiology of erectile dysfunction (ED) is multi-factorial, including various organic and psychogenic factors, but for the majority of these men, their issue is of vasculogenic nature and related to the functioning of the endothelium and smooth muscle cells that line the arteries including those of the penis and the gradual development of penile fibrosis.2 Oral medications such as sildenafil, sold under the brand name Viagra, and other similar drugs (known as PDE-5 inhibitors) have proved very successful in helping millions of men, however these treatments do not really heal the erection mechanism and this is explained in more detailed below. With that in mind, I believe that the holy grail of treatment for these patients has always been a therapy that rejuvenates the damaged erection mechanism and helps to restore their natural erections. This article discusses the latest research and clinical application of male sexual rejuvenation treatments and the various options available.

Physiology of the erection mechanism and pathogenesis of erectile dysfunction

The erectile tissue consists of smooth muscle lined by endothelium and divided by fibrous bands or trabeculae into a number of small compartments or cavernosal spaces. Penile erection is a neurovascular phenomenon, which results in relaxation of the cavernosal smooth muscle, which lowers the pressure inside the penis allowing blood to enter and fill the sinusoids leading to expansion of the penis. At the same time, the emissary veins are compressed between the expanding penis and the tough outer layer of tunica albuginea, causing the state of hard erection, because the blood stays in the penis rather than escaping back to the circulation. 2

On a cellular level, nitric oxide is released from nerve endings or from endothelial cells and activates a cascade reaction, which ultimately leads to an increased cellular concentration of cyclic guanosine monophosphate (cGMP).3 ED medication (sildenafil, vardenafil and tadalafil), which inhibit PDE-5, all act to promote smooth-muscle relaxation by their ability to allow cGMP to accumulate when nitric oxide is released, as is the case when sexual stimulation is present.3

Erection issues can have an organic or psychogenic cause. However, in practice, most patients suffering from ED will have a mixed aetiology i.e. an organic cause that is usually exacerbated by performance anxiety and stress.2 In my experience, very few men suffer from pure psychogenic ED. I have found that once erectile dysfunction occurs it progressively gets worse due to persistence of the risk factors (ageing, genetic and lifestyle factors) which cause worsening endothelium/smooth muscle dysfunction and, in turn, leads to poor penile blood flow, scarring and atrophy of the erectile tissue, creating a vicious circle as shown in Figure 2.2 In short, the cycle starts with moderate signs of ED, which then leads to a reduction of night erections (the body’s way to keep the erection mechanism healthy), which in turn can lead to tissue hypoxia, scarring and deterioration of ED.

The theoretical aim of male penile rejuvenation, as opposed to on-demand ED medication is to break this vicious circle of ED by improving the function of the endothelium. In terms of expected clinical outcomes, these will generally depend on the severity of the erection issues but could be any of the following:

It should be made clear that appropriate patient selection is particularly important and that any male sexual rejuvenation treatment is unlikely to be completely curative since the underlying causes of endothelium and smooth muscle dysfunction are usually related to a patient’s age, lifestyle and other comorbidities, which will continue to affect the erection mechanism.

With respect to sexual rejuvenation, this is an area of active research and various treatments are being offered in private practices. In this section I review what I believe to be the most promising, with a particular focus on the mechanism of action and the evidence base regarding their safety and efficacy, so as to help practitioners evaluate whether they should offer them to their patients or not. The reviewed treatments are the following:

Extracorporeal shockwave therapy (ESWT) works by passing shockwaves; which are an intense but short energy wave that travels faster than the speed of sound into the tissues.4 Shockwave treatment initiates a pro-inflammatory response in the tissue where the shockwaves have been applied. It is theorised that the body responds by increasing the blood circulation and metabolism in the impact area, which in turn accelerates the body’s own healing processes and leads to angiogenesis.4

There are various commercial machines which operate with slightly different mechanisms for shockwave generation, but the clinical application is similar. The practitioner slowly uses a probe through the whole penis to apply the shockwaves. Each treatment session lasts 20-30 minutes, delivering between 3,000 to 5,000 pulses. One important parameter is the energy of the delivered shockwaves and different clinical applications will, in general, require different energy levels, such as orthopaedic for example. For ED, this is an area of active research but the current evidence suggests that an energy-flux density level of around 0.09 mJ/mm2 is safe and effective.4

Another area which is being researched is the number of treatment sessions that patients should receive.4 This will usually depend on the severity of the issue but in my clinic we recommend a minimum of six (one to two per week) and up to 12 sessions. Treatment is well tolerated by patients with minimal pain during and after the procedure.

From all the sexual rejuvenation methods reviewed in this article, ESWT has the strongest evidence base supporting both the safety and efficacy of the treatment. In particular, the mechanism of action has been investigated and established in animal studies5 and there have been numerous successful double-blind placebo-controlled trials and systematic reviews in humans.4 Although almost all of the trials had limitations (such as the number of subjects, blinding procedure and follow-up periods) this is to be expected, given that there are various options regarding the optimum protocol in terms of the machine used, energy levels, number of pulses and sessions, as well as patient selection. Given that ESWT is not a pharmacological and patentable treatment, I am sceptical that the necessary trials will be carried out in order to establish the optimum protocol and physicians will need to personalise this to individual patients.

As in many other medical fields including aesthetics, hair loss and orthopaedics, it has been hypothesised that stem cell and PRP intracavernosal injections can rejuvenate the erection mechanism.6

Commercially, due to strict regulatory constraints regarding lab-cultured stem cells, stem cell intracavernosal injections are not widely available in Europe and are more often used in places like the Middle East and the US.7 As an alternative, many clinics offer PRP injections for sexual rejuvenation under the name P-Shot. Unfortunately, many clinics also advertise the P-Shot as a penile enlargement option but there is no theoretical framework to suggest that a PRP injection has any effects on penis size. Administration of intracavernosal injections of stem cells or PRP is quite straightforward. After preparation of the injectable, local anaesthetic cream is applied to the penis and the preparation is injected in each of the corpora cavernosa. The amount, injection site and post-treatment protocols are not standardised and I expect this to be an area of active research.

In terms of safety, both PRP and stem cell injections seem to be safe to inject in the corpora cavernosa, with no significant adverse effects on the erection mechanism or significant risk of malignancies in the case of stem cell injection.8 Unfortunately, the evidence base for the efficacy of these treatments is still absent. Regarding stem cells, animal studies and initial clinical trials are encouraging6 but there has not been any double-blind placebo controlled trials yet and these results cannot be extrapolated to draw any conclusions about efficacy in human patients. For PRP, the evidence base is even weaker with very few animal studies and human trials. Given that PRP injection is unpatentable, it is questionable whether there would be adequate commercial interest to fund high powered studies to establish efficacy.

My view of stem cell injections is that the research is more active and it is likely that, with time, the evidence base will become available. Until then and given the regulatory constraints, complicated process and costs involving preparing the stem cell injections, I would discourage offering it beyond clinical trials.

Over the past three years, I have been involved in human and animal studies, which have suggested a possible role for the intracavernosal injection of botulinum toxin (BTX) in the treatment of ED.9

The hypothesis is that because cavernosal smooth muscle relaxation is an integral part of the development of an erection and BTX is a strong inducer of smooth muscle relaxation, then BTX might be effective in the treatment of ED not responding to other forms of non-surgical treatment. As opposed to the other treatments reviewed in this article, the BTX injection is not expected to heal the damaged erection mechanism but can be periodically applied (every four to six months) so as to enhance erections and the response of patients to pharmacological treatment. The application is fairly straightforward and it involves injecting 50-100 units of BTX (not brand specific) into two points on each side of the penis (see Figure 3). To decrease the risk of systemic absorption, compression of the penile base is applied using a rubber band placed over the base of the penis before the injection and removed after 20 minutes.9

The BTX treatment is still very new and should still be considered experimental. I would note that this should only be carried out by urologists. Our initial human clinical trial with 23 men suffering from very severe ED (unresponsive to any conservative treatment) indicated that the treatment is both safe and effective however we are currently running a double-blind placebo-controlled trial with 160 patients and will be reporting results this year.9

Owing to the simplicity of the treatment and relatively low costs, I believe that BTX injections could revolutionise the field of male penile rejuvenation and reduce the number of patients requiring penile prosthesis surgery, however further research is needed before becoming a routine treatment.

In this article, I have outlined the main options for male sexual rejuvenation that practitioners can offer to men suffering from erection issues or who are looking to improve their erectile function. Given the current evidence base, safety profile and simplicity of administration, I would say that ESWT is the most interesting option for non-specialist practitioners. In order to maximise patient satisfaction, appropriate counselling and patient selection is of paramount importance and we urge colleagues to refer patients to andrologists/urologists when appropriate.