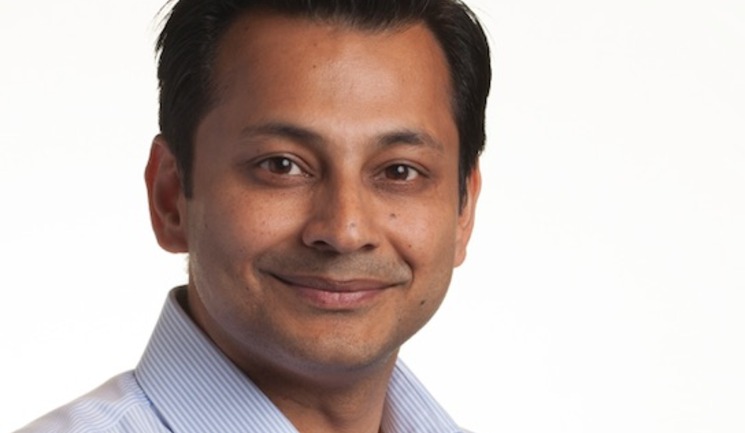 He’s a consultant dermatologist, a laser and Mohs micrographic surgeon at Salford Royal NHS Foundation Trust, the president of the British Medical Laser Association (BMLA) and honorary senior lecturer at the University of Manchester and Clinical Director of Everything Skin Clinic, but where did it all begin for Dr Vishal Madan?

After obtaining a medical and dermatology degree in India from 1992 to 2001 and working as a senior dermatology registrar in New Delhi, Dr Madan decided to move to the UK in 2002 to take part in new developments that were happening in the West. He explains, “I wanted to see what I read in textbooks transpiring into clinical practice. The field of dermatology, especially lasers, was non-existent in India at the time and I was fascinated by the technology.” However, he was soon faced with the harsh reality that becoming a consultant dermatologist wasn’t as easy on UK soil. Dr Madan says, “I took the PLAB exam (a test which ensures doctors who practice abroad have the right knowledge to practice in the UK) and was very naive in thinking that as soon as I came to the UK I would get a dermatology position. It took me many applications to get my first shortlisting for a house officer position.”

Eight years later Dr Madan has undertaken extensive training, which consisted of a year working as a house officer at the Manchester Royal Infirmary, a two-and-a-half-year medical rotation at Addenbrookes, Cambridge University Hospital, membership and later fellowship of the Royal College of Physicians (MRCP, FRCP) and two Fellowships; one in lasers and the other in advanced skin cancer surgery called the Mohs micrographic surgery.

“It was a long but enjoyable journey,” he reflects, adding, “I did find that from doing my training in India, I was much ahead of my colleagues as I already had that theoretical knowledge. I was a little older, but age should never be a barrier to gain qualifications.”

This passion for learning has prompted Dr Madan to pass his knowledge on, so he launched a laser training course, for the University of Manchester, and contributes to the laser courses run by the BMLA. “I conduct the laser module and course for MSc in Aesthetic Medicine and the laser course that I run as part of the BMLA is just one of the great things that the organisation does. The BMLA in particular is a unique organisation in that it offers, besides core of knowledge, courses on epilation, vascular, ablative and pigment specific lasers and light based devices. One of my proudest achievements whilst serving as a president of the BMLA, has been the publication of the Essential Standards, which is now used as a benchmark for Health Education England and local councils that inspect laser clinics. The Essential Standards form a framework on which new laser educational courses would be based – these go a long way in fulfilling an unmet need in this area.” he says.

When discussing aesthetics specifically, Dr Madan admits that he has debated whether or not a dermatologist has a role within the sector as some believe that they should solely focus on skin conditions and disease. However, he feels strongly that the two work in tandem. He explains, “Aesthetics is not only about science but it’s an art, not everyone can be good at it. Aesthetic practitioners deal with skin every single day and actually, by combining the two, you are making the patient journey smoother. Take acne scarring for example, a patient may go and see their GP, who will refer them onto a consultant dermatologist, who then may refer them onto a laser specialist – combining all of these just makes sense.”

Another area that Dr Madan is passionate about is business management. He says that, as aesthetic practitioners, you are running a business as well as offering medical procedures, so being able to switch hats is essential. “So many medical professionals working in the NHS don’t see the business side of things. What I have learnt is that everyone should have some understanding and respect for business, specifically small businesses,” he says, adding that he thinks many practitioners are lacking training or knowledge in this area.

“When I first started, my only focus was on the patient. Now as a private business owner, I am aware I need to think of three main things; the patient, the business and the overheads of running a clinic, strictly in that order. The most important thing is never ever compromise on patient safety; you are working for the patient at the end of the day. Even when you have your business hat on, your focus shouldn’t shift,” he says. Dr Madan advises that practitioners should take it slowly and gradually, study their market and always add something extra. He concludes, “Going the extra mile for your patient will set you apart from everyone else. I say to my staff, don’t oversell and don’t push your patient into any procedure."

I enjoy giving laser treatment for rhinophyma as I think you can get exceptional results. I also enjoy performing Mohs and skin surgery. People are very anxious about skin cancer diagnosis so if you can treat them and offer them a good aesthetic outcome, that’s a great feeling.

Free consultations! By doing this I believe practitioners undermine their profession. Free consultations should not be used to entice patients to buy services, that’s unethical. I’ve trained and worked for 25 years and believe that all that I have learned has immense value, so I would not dispense it for free.

What aspect of your specialty do you enjoy the most?

I love it when I get spontaneous thanks from patients for changing their lives in small ways. I think that’s the most gratifying thing that can happen to any doctor.