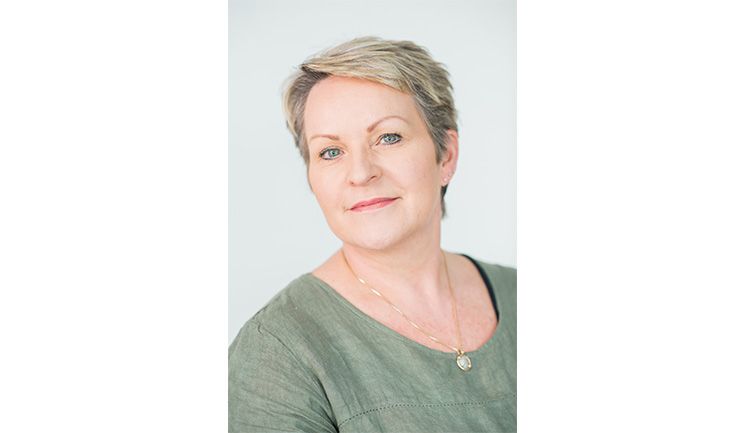 Growing up in Surrey, independent nurse prescriber Mel Recchia wasn’t always planning on heading into the aesthetics field. Until the age of 15 she attended ballet school, and had hopes of becoming an actress. She recalls, “From a young age my intention was always to go to drama school, but I got advised to do something else beforehand so that I had something to fall back on. I decided to go into beauty therapy, officially qualifying as a beauty therapist in 1981. I ended up working in that industry for 14 years, running my own salon and, after gaining a Certificate in Education, teaching in technical colleges. However, I was always fascinated by cosmetic surgery.”

Because of this, Recchia trained to become a nurse at Stoke Mandeville Hospital in 1997. “After qualifying, I started working there in the burns and plastics unit,” she says.

“I really enjoyed it, but it was a tough sector to be in as you had to be mindful of the psychological aspects of treating a patient as well. I moved to A&E and stayed there for around nine years.” One day Recchia worked with a trainee plastic surgeon in A&E, who told her about his plans to open a cosmetic surgery clinic. This made her think that she could utilise her beauty background, and offered to become his nurse. While she lost touch with the doctor, this was the basis for which she first considered entering the aesthetics speciality.

In 2007, Recchia went on her first aesthetics training course at Cosmetic Courses, and is now a trainer for the company. “Training in aesthetics was much briefer back then so the specialty has come a long way,” she reflects, explaining, “I was shown how to do lip filler straight away, and that’s something we would never do in foundation training now because of the higher risk of potential complications in this area.”

“I love helping other people feel happier about themselves”

Following her initial training, Recchia made the decision to leave the NHS and work in aesthetics full time. Three years ago, she opened the Alchemy Skin Clinic in Aylesbury.

“In some regards, opening my clinic was easy because I was an experienced practitioner by then, but I found the business side of things difficult. You have to be very organised – I was so used to having a receptionist do everything for me. I don’t think people realise that there’s so much more to opening a clinic than just finding a room, making it look nice and then performing the injections – there are rules and safety protocols and planning permissions,” she adds.

Alongside training and practising in her own clinic, Recchia works one day a week at The Private Clinic Northampton/ Buckinghamshire, as well as being a faculty member for Allergan and a board member of the British Association of Cosmetic Nurses (BACN).

Recchia notes that her favourite thing about working in the aesthetic specialty is seeing how it can positively impact people’s lives. She says, “Aesthetics isn’t just all about giving people big lips and big cheeks. It’s about making people feel better about how they look – I love that. I love helping other people feel happier about themselves. I remember this one lady who came in, and her face was slightly flat and droopy so I just put a little bit of filler in her cheeks and it gave her a much brighter look. I remember her getting up off the bed and looking in the mirror with a tear in her eye because she was so pleased. I have so many patients that react in that way and it makes the job so rewarding.”

There are more challenging aspects to the job however, with high patient expectations often proving difficult, she says. “Lots of patients show you a photo and ask you to make them look exactly like the person in it – but that’s not realistic. I’ve learnt that it’s so important before a procedure to tell the patients exactly what you can or can’t do – it’s almost about lowering their expectations. That makes your life a little bit easier, because they won’t ring you up in a week’s time complaining about the procedure,” Recchia explains.

She continues, “I think that practitioners need to learn the importance of saying no. I found that difficult at the beginning of my career because I wanted to keep patients happy by doing everything they wanted. But you soon realise that if the treatment isn’t right for that person, you will create a lot more problems by doing it.”

Recchia is also a regular speaker at conferences, which she says have given her some of the best and most memorable moments of her career. “I do often say that I’m a failed actress, so I love just going on stage and doing talks, like at ACE or CCR,” she laughs, adding, “I like the recognition and being somebody who is looked up to for the knowledge that I have. Back when I started we didn’t really have anyone to ask for guidance, and we certainly didn’t have any journals offering advice so I’m always very happy to share my experience and insights with my colleagues and those joining our specialty!”