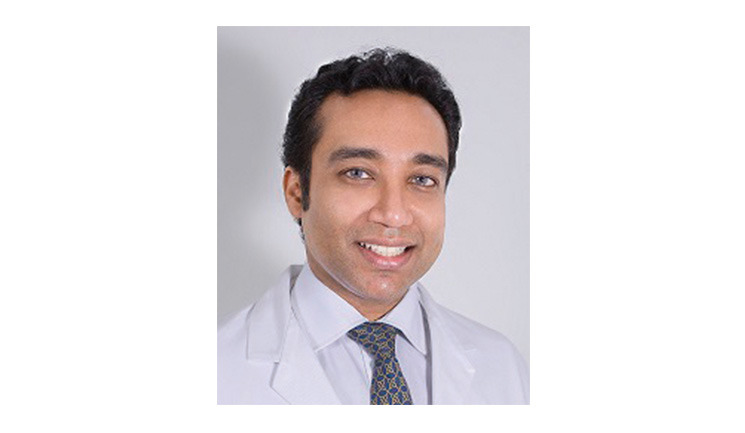 As a young man of Indian origin, Professor Syed Haq’s family believed that he had only one of two possible careers; engineering or medicine. “We have a long family history of medicine within the family, and in the old days it was a very typical pathway in Indian households because it was, and still is, seen as an established, respectable and sustainable career. I think it’s because you’re helping people, and the Indian community are very much centralised on family and helping one another,” he explains. So, Professor Haq chose the medical route and completed his degree at United Medical and Dental Schools of Guy’s and St. Thomas’ Hospitals, London, in 1993. He worked and trained at various hospitals in London (Hammersmith and Brompton), before completing a PhD in cardiology at Massachusetts General Hospital and becoming a Fellow at Harvard Medical School in 1999. “While studying I researched and wrote numerous papers on molecular biology, cellular signalling, cardiology and also undertook cutaneous biology research. This is where my interest in ageing really started because I noticed a real link between disease, inflammation and ageing,” Professor Haq explains.

While living in the US, Professor Haq won numerous prizes for his work, including being named Young Investigator of the Year in New England and being runner up in the Lewis N Katz prize for cardiology by the American Heart Association (AHA). “When I was in the US I also earned the title ‘Professor’ by Tufts University, which was granted due to my achievement with the AHA,” he adds. In 2005 Professor Haq moved back to the UK and opened a private practice in Harley Street called The London Preventative Medical Centre, now Invictus Humanus. He reminisces, “At the time, my clinic was based on troubleshooting diagnoses for patients, so I was treating those who were undiagnosed or felt weren’t being treated appropriately, which meant I saw a wide range of immunological disease.” From this, Professor Haq became involved in overseeing phase II clinical trials for diseases such as systemic multiple sclerosis and secondary progressive multiple sclerosis. “I have since implemented studies in Alzheimer’s disease using a particular drug platform and soon we will have scope to do large phase II clinical trials examining efficacy, which is very exciting.”

“I’m always trying to push myself to achieve better outcomes”

Professor Haq’s aesthetics journey started in 2006 when he was approached by a sales representative for the Radiesse dermal filler range. He found the concept very interesting and thought he was positioned perfectly for the aesthetic specialty as he had a unique outlook on the ageing process. He explains, “Through my Alzheimer’s work, I gained a real in-depth knowledge and understanding of how the brain is prematurely ageing or deteriorating. This translates to every part of your body, including the skin, bones, fat and tissues associated with your appearance, so I was well suited to naturally understand the aesthetics field and decided to get more actively involved. I think to become a good aesthetic practitioner you truly need to understand ageing and think of the skin from a molecular level, instead of just what you see on the surface.” Professor Haq progressed to consulting for the company, and developed some of the first clinical training in the UK for its use. He has since worked with many filler and toxin companies, including Merz, Teoxane and Galderma, and is currently on Galderma’s advisory board for botulinum toxin. Today, about 50% of Professor Haq’s practice is aesthetics, while the other 50% is focused on disease research, management and prevention. “I do find there is a lot of overlap between my two sides of practice; for example, someone could come in requesting toxin for migraines, but when you do a complete examination you can identify that the patient’s migraines are actually associated with premenstrual syndrome or other pathologies. Instead of offering toxin treatment, you can more appropriately address their underlying hormone issues instead. It’s important not to look at your patients from one perspective and to assess their whole general wellbeing,” he explains.

Professor Haq was also a past committee member for the University of Central Lancashire MSc in Non-Surgical Facial Aesthetics course, and was one of the early practitioners to oversee its the implementation. “One of the problems with the aesthetic industry, I think, is the quality of teaching and education, so I was delighted to be a part of this course to help deliver higher standards,” he explains. When asked about his top tips for successful dermal filler injections, Professor Haq advises, “For new injectors, always start off with a hyaluronic acid filler, and one that is less viscous with a lower G prime because it’s more forgiving. When choosing a filler, really understand the origins of that filler and its rheology. I only choose fillers that have a large amount of robust clinical evidence to back up their efficacy and safety profile – so multiple double-blind placebo-controlled clinical trials are essential.” When asked about his work ethos, Professor Haq shares, “I have always had the view to strive in giving something back, and that’s why I am involved in developing medication for devastating diseases. I believe in striving to push myself to achieve better outcomes.” He concludes, “My mother wants me to use my medical skills and aesthetic skills to make a bigger difference, and that’s what I am trying to achieve.”