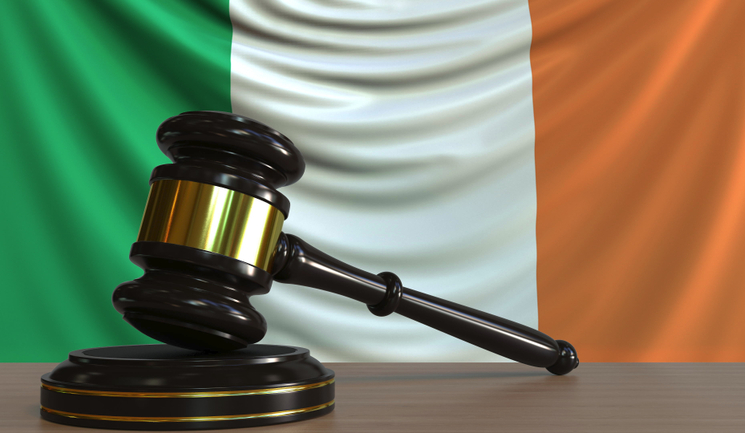 Much like the UK, the subject of regulation is a hot topic in the Republic of Ireland. On June 10, the Irish Minister for Health Simon Harris publically voiced concerns surrounding injectable treatments, with a particular focus on protecting young patients.

He has asked his department officials to explore the potential public health risks for those in Ireland undergoing botulinum toxin and dermal filler treatments. The Minister says, “There is a need to examine whether current regulations are sufficient or whether further regulation is required. This is not an issue solely confined to Ireland, but one that I believe we need to address as a matter of priority.”

The main reason behind this, the Minister states, is an increasing desire by young men and women in Ireland, as well as beyond, to look perfect, which is largely driven by social media. This, he claims, is increasing the popularity of treatments such as dermal fillers and botulinum toxin.

Aesthetic practitioner Dr Patrick Treacy, who owns Ailesbury clinic in Dublin and Cork, says, “The Irish Government focusing on aesthetic procedures has been a long time coming. We have been advocating for regulation change for at least 12 years with no response at all and there is no doubt that there are issues that need to be addressed.”

One of Minister Harris’ top concerns is the age at which the treatments are available to the public. He states, “This cannot be an area that goes unregulated or unsupervised. In the past, we have banned sunbeds for under-18s1 and I have asked my Department to assess whether we should impose a minimum age for the use of these [injectable] products.” Following the Minister’s announcements, The Royal Society of Public Health in the UK released a report titled Skins and Needles, which also called for the UK Government to make non-surgical cosmetic procedures illegal for patients under 18s.2

Concerns surrounding the minimum age for aesthetic treatments are not new. Last year Aesthetics explored the arguments for placing a ban on treatment under 18 in the UK, which included developmental issues, mental health, comprehension of treatment risks and to prevent non-medics treating the younger age group.3

According to Dr Treacy and aesthetic nurse Anna Gunning, owner and director of The Laser and Skin Clinic in Dublin, Mullingar and Athlone, the government has missed the mark by putting such a strong focus on age. They believe age restrictions won’t help the wider issues. Dr Treacy explains, “There would be no ethical medical practitioner in Ireland who would be treating patients under the age of 18 for cosmetic purposes so I don’t think that the age group is really the problem. The fact that the light has been shone on the industry is good, but unfortunately in my mind, the light is being pointed in the wrong direction. There are many other concerns that need to be addressed.”

He believes, “The main issues in Ireland relate to dermal fillers because they do not need a prescription to administer. I believe there is a rising level of inadequately trained practitioners coming to practice in Ireland, many from abroad, who are not treating safely and who are also using cheap dermal fillers, which are more enticing to younger people.”

Gunning adds, “Like the UK, you don’t need to be a medical professional to administer dermal fillers, which I believe needs to stop as these procedures should be regulated. There are also issues in Ireland of who is providing training for non-medics to inject fillers and what responsibility they should take before signing off and certifying someone after only a few hours of training. The Department of Health should take notice of what is happening in the industry to protect patient safety.”

In an unregulated field, Dr Treacy believes that practitioners working in accident and emergency need to be better educated in Ireland to deal with complications. “I don’t believe that hospitals in Ireland are well enough equipped and trained to deal with the increasing vascular occlusions that they are seeing. I have written to the Health Service Executive several times regarding this, it’s definitely something that needs to be addressed.” Gunning also feels that some insurance companies could be doing more.

She says, “I think there is an issue where the insurance companies are insuring non-medical professionals for injectable treatments. So, the companies have a big responsibility to make sure they are not insuring people who have no medical background with limited or no proper training.”

Gunning also says that from a nursing perspective, there are misconceptions around Irish legislation and nurse prescribing of botulinum toxin, which need to be cleared up. “There is a little bit of confusion around nurses ordering botulinum toxin and there is some clarification needed, which will hopefully be resolved in the near future. This will make the public and our medical colleagues aware of our nursing scope of practice,” she explains.

Gunning and Dr Treacy both conclude that instead of an age restriction, the Government’s true focus should be on who is performing the treatments. Dr Treacy summarises, “The dangers occur when patients are treated in untrained and unchecked hands. What we need to do in Ireland, just like what I believe needs to be done in the UK, is pass legislation that only medically trained people should be performing these treatments.”