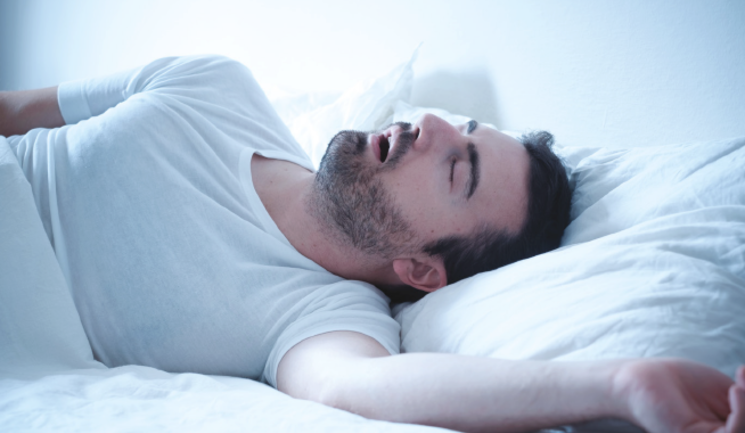 Snoring is very common and impacts many people, particularly the partners of snorers. As a result, many will seek treatment; of which there are a number of options available. While the concern is one which a patient would usually discuss with their GP, having knowledge of treatment options could be beneficial for aesthetic practitioners who discuss a patient’s lifestyle and sleeping habits as part of a holistic consultation.

Particularly of note for aesthetic practitioners is research on the use of botulinum toxin as a treatment approach for habitual snoring, which presents interesting reading. This article will discuss its value as a potential treatment option.

The American Academy of Sleep Medicine (AASM) defines snoring as a sound originating from the upper airway that does not occur with apnoea or hypoventilation, and that is caused by vibrations for different tissues within the pharynx. In 2003, Bigalke et al. explained that the tension of the tensor veli palatini muscle causes the vibrations and hence the snoring.1

AASM advises that unlike obstructive sleep apnoea syndrome (OSAS), simple snoring does not interfere with the patient’s sleep and does not cause excessive daytime sleepiness.2 Of the simple snorers, a person that snores for more than 10-20% of a monitored night or more than three to four nights a week is classified as a habitual snorer.3

A review by Fiz et al. in 2009 detailed that there are associations between snoring and some medical conditions such as OSAS, hypertension and cardiovascular disease.4 They also found that there are many lifestyle influences that increase the risk of snoring, which include:

Obesity: it was found that snoring reduced from 82% to 14% in a study in which patients reduced their BMI from 46 to 35kg/m2 following bariatric surgery.5

Prior to treating habitual snoring, it would be best to address medical causes such as OSAS, hypertension and cardiovascular disease by advising the patient to consult their GP or specialist to ensure their medical condition is well-controlled.

If the patient is unsure as to if their snoring is caused by OSAS, this checklist can be useful to determine a provisional diagnosis and help you decide if this patient is a candidate for treatment within your clinic:2

These observations may have been made by their partners, so it therefore may be useful to carry out the consultation with them present.

There are three major treatment categories for habitual snorers and the appropriate treatment option depends on the severity of the snoring and impact it has on the patient and their partner.4

There are studies that have shown that many non-surgical and surgical methods have reduced snoring, however there are disadvantages to many of these methods.

Nasal dilators can cause skin irritation, while dilators and lubricants can be costly when using products on a nightly basis. Mandibular advancement systems are the most common oral devices and work by repositioning the mandible forward, increasing the cross-sectional area of the airway and reducing pharyngeal collapsibility.

The adverse effects reported for these devices are chewing difficulty, excessive salivation, xerostomia, occlusion discomfort, discomfort of oral soft tissues, the jaw and teeth, headaches and masseter muscle pain. It has also been found that there is reduced compliance as a result of the discomfort and lack of perceived benefits.11 Low-energy radiofrequency has also been considered as a safe and well-tolerated therapy when used to reshape the nasal tissues enlarging the nasal valve.12

Nasal and palatal surgery for habitual snoring comes with the normal surgical risks and is also not readily available on the NHS, therefore the patient can undergo an expensive, risky procedure that may bring about result in the short-term but might not guarantee permanent benefits.13 The most common adverse effects of surgery include pain, mucus hypersecretion, throat irritation, nasal regurgitation, nasal voice, bleeding and dysphagia. Long-term complications include velopharyngeal incompetence and qualitative voice changes.13

Uvulopalatoplasties are now being carried out using lasers or radiofrequency to further improve the outcome. Laser-assisted uvulopalatoplasties (LAUP) allow the surgeon to carry out the procedure conservatively, reliably, in clinic without requiring hospitalisation and is haemostatic and relatively painless. However, the American Sleep Disorders Association recommended against LAUP due to the lack of inadequate data and high costs and potential complications.14

Radiofrequency-assisted uvulopalatoplasties (RAUP), on the other hand, have been found to be minimally invasive, cost effective, and cause minimal pain and scar-induced contracture.15 Radiofrequency ablation is used to create a lesion on the area from the base of the uvula to the posterior nasal spine. The necrotic tissue will be resorbed, shortening the palate.16 However, evidence on the short-term efficacy is limited and long-term outcomes are unknown.15,16

Injection snoreplasty is a technique that involves injecting a sclerosing agent such as ethanol, doxycycline or sodium tetradecyl sulphate into the midline of the soft palate and either side of the midline. This results in scarring and contracture. As a result, the palate becomes stiffer and shorter, reducing the vibration of the palate, resolving the snoring concerns.17,18

This procedure has brought about serious secondary effects such as tissue necrosis and allergic reactions and can only be considered if the cause of snoring is caused by palatal vibration, which would therefore need to be assessed prior to considering this treatment.18,19 This is also the case for the use of botulinum toxin as a non-surgical treatment option.

Botulinum toxin as a treatment option for snoring

In 2003, Bigalke et al. considered long-acting muscle relaxants as a treatment option as relaxed muscles do not vibrate. Therefore botulinum toxin was used to block the release of acetylcholine causing the muscles to relax; eliminating snoring. This would be an off-label use.1

A small study of eight patients was carried out in 2008 in which 20 units of botulinum toxin (Dysport) in a concentration of 50 units/ml was administered into the soft palate.20 The injection point can be seen in Figure 1. To avoid unwanted effects, the levator veli palatini muscle was injected only on the left side.20 Injection of botulinum toxin was administered in the soft palate, 1cm dorsal to the junction with the hard palate and 1cm medial to the alveolar ridge.20

The patients and their partners reported a significant improvement. A side effect reported by 50% of the patients was dullness of the soft palate with no change to their lifestyle or function. One patient reported that she was unable to speak temporarily, however, this was deemed unrelated to the study as it occurred earlier than known pharmacological effects of botulinum toxin. Three patients found no improvement in snoring.20

As per Kuhnel et al., the theory behind snoring is that an equivalent and opposing force breaks the adhesive forces between the tongue and the soft palate and, by doing so, this causes the soft palate to form a convex arc such that it is further away from the tongue, resulting in the vibrations.20 Kuhnel et al. found that use of botulinum toxin for treatment of habitual snoring is a safe, non-invasive and fully reversible option.20

Palatal tremor (palatal myoclonus) was also treated using botulinum toxin in another study in 2006, in which the toxin was injected into the tensor and the levator veli palatini muscles, resolving the symptoms in four of the five patients treated.22

Bigalke et al. carried out multiple experiments of dosages using botulinum toxin A, B and C. They used a solution of botulinum toxin and saline (300 picogram/ml) which was administered into the tensor veli palatini using a curved cannula with video control.

Using botulinum toxin A, three people were injected at three locations along the tensor veli palatini. 100μl in person 1, 200μl in person 2 and 300μl in person 3 was administered, therefore the dosage per palate was 50- 150pg (8-25 units). The muscle relation occurred within three to five days and sustained for three to four months.

Using botulinum toxin B, the method was replicated, however 15pg (1ml) was distributed along four points of the tensor veli palatini of one person. As with botulinum toxin A, the results occurred within three to five days, however sustained for approximately six weeks.

Using botulinum toxin C, the method was modified by administering 50pg (1ml) to four locations of the tensor veli palatini and once again, muscle relaxation occurred in three to five days and lasted approximately 14 weeks. Bigalke et al. explained that a higher dosage of botulinum toxin C was required as it has a reduced specific toxicity in comparison to A and B.

In all cases, the snoring noises occurred again, becoming increasingly louder. No swallowing or speech impairments were noted during this investigation.1 Hence, snoring can be reduced/eliminated on a short-term basis with one treatment of botulinum toxin A, B and C, however the best suited agent and dosage for this therapeutic use are yet to be determined.

The results of the toxin studies show promise, however further high-level evidence investigations are warranted with larger patient samples.20,21,22 Currently, there is no standardised measurement of snoring, therefore this may be required to determine a patient’s suitability for treatment and the dosage required to treat them.

I would consider using botulinum toxin to treat snoring however, I would only do so when there is more recent and sufficient high level evidence and a protocol is devised ensuring standardisation, thus the safety of patients. Prior to treating a patient with snoring concerns, it is vital to determine any medical conditions, lifestyle habits and medication that may be the cause of the snoring and to ensure that the patient does not suffer from sleep apnoea. A delayed diagnosis could be dangerous for the patient. If in doubt, refer to a sleep clinic or specialist.