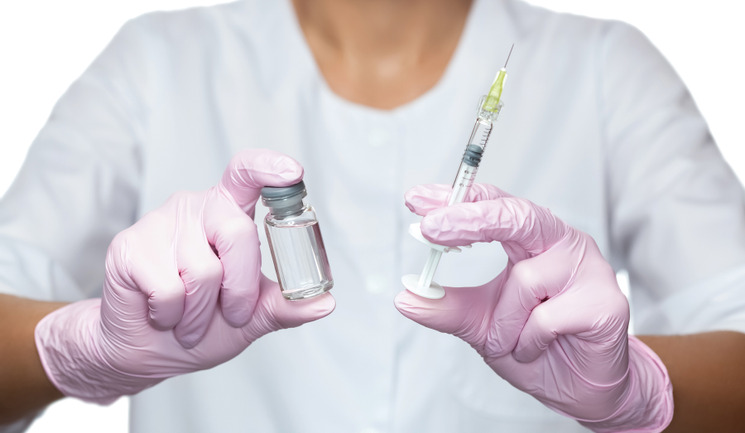 Last month, The Sunday Times published an investigation exposing four medical professionals running side-line businesses in which they prescribed botulinum toxin for patients they’d never met.1 Using an app called Faces, doctors and nurses are able to connect with non-medics and provide them with access to the prescription-only medicine (POM). A reporter from The Sunday Times posed as a beautician on the app and contacted medics whose profiles suggested that they were prescribing remotely, requesting advice on how to obtain prescriptions for patients. Out of the seven medics that were contacted, four agreed to help.1

During conversations with the medics, it was suggested by them that patient safety was the responsibility of the practitioner and not the prescriber, and that it was okay to prescribe without having contact with the patient.1 This is not the first time prescribing has been highlighted as an issue within the aesthetics industry; in 2015 it was reported by the BBC that an aesthetic doctor practising on Harley Street received a 12-month suspension from the General Medical Council (GMC) as a result of teaching non-prescribing nurses how to illegally obtain botulinum toxin.2 Immediately following the BBC’s investigation, the GMC tightened its prescribing rules, banning medicines such as toxin from being prescribed remotely, meaning practitioners must now always hold a face-to-face consultation with the patient for these types of drugs for cosmetic purposes.2

With the latest report once again bringing the problem to the forefront of the specialty, we spoke to the chair of the British Association of Cosmetic Nurses (BACN) Sharon Bennett and chair of the British College of Aesthetic Medicine’s (BCAM) Regulatory, Ethics and Professional Standards Committee Dr John Curran to find out industry stances on remote prescribing for cosmetic purposes.

Bennett explains that remote prescribing in medicine exists for a very good reason in order to provide members of the public with medications when they are unable to see the doctor for various reasons, and the consultation is often done via telephone or video call. She says, “It’s an important part of the medical industry, but the problem comes when remote prescribing is used as part of cosmetic practice. This is when doctors/nurses/dentists are prescribing for non-medical practitioners who they have never seen at work, and they don’t know their ability or their qualifications. The prescriber also does so having had zero contact with the patient themselves, and this leaves the patient in a very vulnerable position.” According to Dr Curran, the lack of face-to-face interaction between prescriber and patient may result in some serious complications. He says, “Remote prescribing means that the patient does not have the benefit of a proper face-to-face consultation and examination by a prescriber, who must only prescribe within the scope of their competency. It is recognised that cosmetic injectable treatments may give rise to life-changing complications such as vision changes and disfigurement, so every patient deserves to be treated by a prescriber whose first concern is the patient’s health and safety, and acts ethically within the framework set out by the regulators to ensure safe practice.”

Dr Curran also emphasises that the prescriber remains responsible for the medicine prescribed, including taking reasonable steps to ensure safe administration and is accountable for what happens to the patient after treatment. He says, “I would remind my colleagues of the four Ds of medical negligence: Duty of Care, Dereliction of that duty, Directly having a causal relationship to the outcome of treatment, and Damages. Providing a prescription to assist a third party, who is unlicensed to prescribe or hold a stock of that medicine, to carry out a potentially harmful procedure against the direct instruction of your professional body, is unethical. Should damages occur, the patient should have redress against such a poor standard of care.”

“Every patient deserves to be treated by a prescriber whose first concern is the patient’s health and safety, and acts ethically within the framework set out by the regulators”

If you suspect that one of your colleagues is remotely prescribing to non-medical injectors, Bennett recommends that the first step you should take is to speak to them directly about the seriousness of the situation. She notes, “I would suggest that you contact them and just let them know that you’re aware of what’s going on, telling them this isn’t something they should be implementing and actually educating them on why it’s unethical. Some people aren’t aware of the guidelines, even though they should be, and they may just need them to be explained. If they are aware, I think if people realise the spotlight is on them and understand further of the seriousness of what they’re doing, they should hopefully be less likely to keep going through with it.”

Dr Curran agrees, adding that if you know the practitioner you should approach the colleague in question in order to establish the facts, before going on to report them. He says, “Should there be concerns that the practitioner is failing to demonstrate the insight that this practice is unethical and contravenes the guidance of the regulator, then the matter should be escalated to your relevant association, such as BCAM, the Joint Council of Cosmetic Practitioners, or the BACN, and the relevant governing body, such as the GMC, GDC, or NMC.”

Bennett adds that if enough people report the same person, it is likely that there will be an investigation into their practice. “The problem with reporting someone is that usually there’s a lack of evidence, and evidence is needed in order to take action,” she explains, adding, “So a lot of the time we rely on patients for that evidence, but of course they’re usually quite reluctant to come forward and are worried about speaking out. This is why patient education is so important, because they need to be aware of how dangerous this can be if it’s allowed to continue. Even if there is a lack of evidence from patients, if someone is reported multiple times by practitioners then it’s more likely to be taken seriously, so I do still encourage medical professionals to take the initiative to contact the relevant authorities.”

The next steps In a letter to the GMC, which has been supported with 300 signatures of agreement from fellow healthcare professionals working in aesthetics, aesthetic practitioner Dr Steven Land suggests that the current guidance for doctors, nurses and dentists be updated to reflect those of the GPhC. Dr Land writes, “We feel this is a step that should be mirrored by both the GMC, GDC, and the NMC. It would surely be a fairly simple act and would also show that the GMC has acted quickly and decisively to protect the public in view of the recent news stories.”

He continues, “Of interest we also note that the GMC is in the process of updating the Good Medical Practice guidance and if you felt that this change in guidance did require wider consultation then this would seem to be an ideal opportunity to do it. We firmly believe though that this guidance needs issuing now and being acted upon firmly and decisively when necessary to prevent further patient harm and the damage to our collective reputation.”

Bennett notes that she is currently in talks with the NMC about updating current guidance, and Dr Curran concludes that BCAM is relying on the professional regulators to take prompt and decisive action to remove the licence to practice, as an independent prescriber, from any person wilfully ignoring their guidance on this matter.

Response from the NMC

Chief executive and registrar for the NMC, Andrea Sutcliffe, commented in relation to the recent reports on prescribing, “The NMC is deeply concerned by these findings and they will look carefully at concerns where they are raised. The regulator has highlighted that prescribers should always thoroughly assess patients to identify and minimise risks as per the Royal Pharmaceutical Society’s Prescribing Competency Framework, which they have adopted for prescribers.6 They also make it clear that remote prescribing is unlikely to be suitable for injectable cosmetics and recommend face-to-face consultations.”