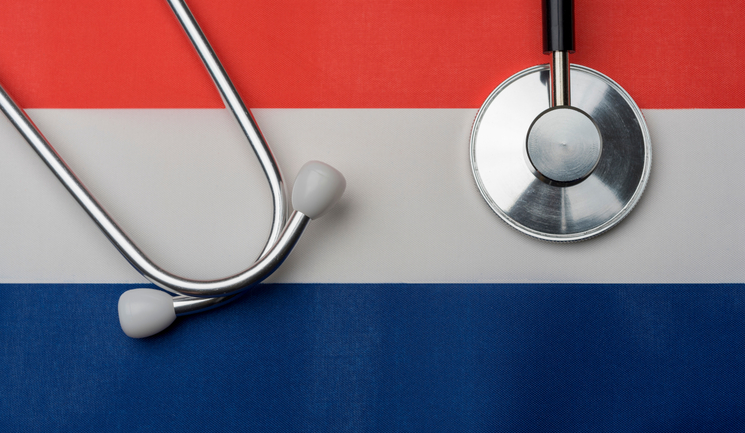 Professional titles are a controversial topic within aesthetics; many are often misunderstood by patients and some are even misused by practitioners.

It can be infuriating for some practitioners who have worked incredibly hard to obtain a particular title to see it attached to a less-experienced colleague, as well as being dangerous to patients who seek treatment from practitioners who do not have the relevant experience associated with the title they are using. With the aim to eradicate these possible concerns, the Dutch Society of Aesthetic Medicine (NVCG), announced last month that it will be introducing a protected title for practitioners who demonstrate a certain level of competency.1 The title, cosmetic doctor KNMG, is granted by the Royal Dutch Medical Association (KNMG), recognised by the Dutch Government. The title may only be used if the doctor is registered on the Register of Medical Specialties (RGS).2 Although this is not a legal requirement, it is recommend by the NVCG to help instil best practice within the industry. Aesthetics explores how this change came about, asks what the thoughts are from the industry and whether it is something that UK professionals can learn from.

The process was initiated by the NVCG with the support of the Ministry of Health, Welfare and Sport1 aiming to professionalise the industry, explains Dr Sindy Plinsinga, board member of the NVCG and head of training framework, Foundation for Cosmetic Medicine Training (SOCG), who was one of the leading forces in reaching this goal. She says, “Much like the rest of the world, regulation in aesthetics has always been a significant issue in the Netherlands. Within the NVCG we decided around seven years ago to take the professionalisation of the aesthetic medicine industry a step further. We felt that granting a protected title to those who demonstrate a certain level of competency would help to achieve that.” She continues, “We also found that patients were becoming more and more aware of the risks and many were contacting the NVCG to find reputable practitioners. The announcement of this protected title is certainly a step in the right direction for safeguarding the sector and I believe it will ultimately help patients choose trustworthy doctors.” So how do doctors obtain this title? Dr Plinsinga explains that a doctor can enrol onto the full-time two-year university and residency course implemented and developed by the SOCG and NVCG straight out of medical school.3 Once completed they will be certified and registered. However, there will be a transitional period until June 2022 for those who are already practising the profession, Dr Plinsinga assures. She explains that those already working in aesthetics must have done so for five years, treated at least 600 patients per year, worked a minimum of 16 hours per week and achieved at least 40 CPD points per year. Once they have proved this, they can then apply for inspection by which a doctor (who holds the KNMG title and is recognised as a KNMG certified inspector) and an inspection officer will assess the practitioner’s competencies. As soon as the practitioner is approved and registered, they are able to refer to themselves as a cosmetic doctor KNMG.  The NVCG explains that it also only applies to doctors, as nurses and dentists are not able to practice aesthetics in the Netherlands.

What happens to those who don’t comply?

Dr Plinsinga explains that it is currently prohibited in the Netherlands to falsely carry a protected title.4 Although currently no official consequence has been put in place for the practitioners who falsely use the title ‘cosmetic doctor KNMG’, the NVCG has stated that if such practitioners are using the title incorrectly, not only is it misleading to the public but it is also against Dutch law.4 “We are asking all practitioners to inform their patients fairly at all times and if this means communicating that they are not on this register, they should do so. We will be monitoring this over the next few months, however in the worst-case scenario, we may need to proceed with legal action. We don’t want patients exposed to doctors who are unlawfully using the title when they do not have the right to do so,” explains Dr Plinsinga.

The announcement appears to have divided opinions within the industry. Aesthetic practitioner Dr Tom Van Eijk, who trained in the Netherlands but practises all over the world, including the UK, says, “The NVCG worked hard to get this profile, but in my opinion the title represents only a small portion of the doctors that perform aesthetic procedures in the Netherlands. The potential danger of getting this title is that people who register for it hint or claim to be superior doctors to the ones who have not. Instead of a guide for patients to choose the right doctor for the safest treatment and best aesthetic outcome, this profile might be misused merely as a marketing tool.” Greg White, CEO of the British College of Aesthetic Medicine (BCAM), which has voiced its support for the title, understands why some practitioners may

Protecting Clinical Titles Aesthetics asks why the Netherlands has introduced a protected title for its aesthetic doctors and explores what this means going forward think this; however, believes that as far as the patient is concerned, it can only be considered a positive. “There may be some vested interests, however if you count this as a patient safety argument, then it’s very difficult to dispute against it. Patient safety must come first and I would like to see something similar implemented in the UK,” he shares. White also believes that whilst a protected title is something to be proud of, he’d like aesthetics recognised as its own specialty in both the UK and abroad. “I think to achieve suitable standards, aesthetics really does need to be recognised as its own medical specialty, just as cardiology or gynaecology is, for example. We are currently in talks with the General Medical Council and a number of other stakeholders to gain recognition for aesthetics as a whole,” he explains.

All interviewed agree that the patient should always be at the fore. Dr Eijk comments, “Unfortunately, we tend to drift away from the content of our job in favour of making rules, focusing on paperwork, protocols and registration processes. Of course, I agree that setting standards is a good thing but we need to ask ourselves, ‘Where does it leave the patient?’. We must ensure that our focus is on them at all times.” For the UK specifically, White adds, “The Dutch are a brilliant example and the fact that they have provided such a clear learning point for us is really welcomed. The faster we can follow in their footsteps in the UK, the better.” Dr Plinsinga concludes, “It’s been a long process, but I believe that we have given our practitioners a sense of relief that they will finally be recognised for their hard work and acquired specialised knowledge. As well as this, it will also encourage other specialties to work together in a more trusted, reputable manner; for example, if a surgeon needs to refer a patient to a cosmetic doctor and vice versa. I think the rest of the world can take this as an example and I’m incredibly proud of what we have achieved so far.”