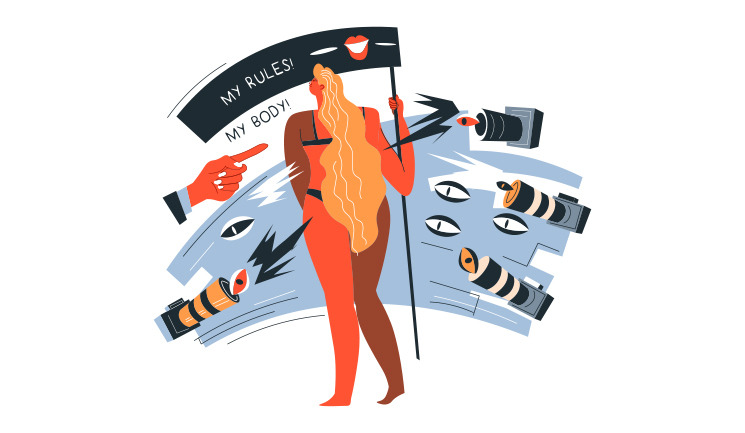 When I first began working in aesthetics, I was conscious that my patients were coming to me with this real dichotomy in their heads. On the one hand, they were saying, ‘I look really tired and exhausted’, ‘I feel old’ or ‘I feel bad about myself’. However in the same breath they were also saying, ‘I feel guilty’, ‘My partner doesn’t know I’m here’, or ‘I am selfish to be spending this much money’. With a lack of data and peer-reviewed studies about the role which guilt and shame play in patients’ decisions surrounding cosmetic treatments, any discussion around it primarily revolves around anecdotal in-clinic experience. From conversations with colleagues, I know I am not alone in hearing this narrative from patients. These kinds of conversations are sadly commonplace within our clinics, but why? You wouldn’t go and have your hair cut and say, ‘I feel terrible about spending this money on myself. I don’t want anyone to know’, so why does it happen with aesthetics? This article will explore why our patients might be feeling guilty and ashamed to seek cosmetic interventions, and explore what we can do to put them at ease.

What are guilt and shame?

While guilt and shame are often referred to interchangeably as synonymous moral emotions, they are two different things. Personally, I believe guilt is a subset of shame and tends to pertain to someone feeling they have done something wrong. Shame is more visceral – it is a feeling that you, as a whole, are wrong. While a ‘guilty pleasure’ is seen as something naughty that we overindulge in, the word shame is loaded, and it is this which is dangerous among patients. In their book Shame and Guilt

(Emotions and Social Behaviour), authors June Price Tangney and Ronda Dearing describe guilt and shame as ‘key self-conscious emotions’.1 They present compelling evidence to demonstrate that these ‘universally experienced affective phenomena’ have significant – and disparate – implications for many aspects of human functioning. In fact, there is a growing number of studies showing that shame and guilt are important features of various psychological problems, including anxiety disorders.2 One study showed that shame was more strongly associated with anxiety symptoms than guilt and that external shame (perceived negative evaluations of others) seemed to be more strongly associated with social anxiety symptoms than internal shame (negative self-evaluations).2 Another study showed that guilt and shame lead to contrasting human behaviours or behavioural tendencies.3 Shame drives people to hide or deny something, whilst guilt drives people to amend their mistakes.

Why do patients feel guilty about having aesthetic treatments? More than 80% of our patients don’t tell their families, friends or even partners, that they’ve come to seek aesthetic treatments.5,6 The question I ask myself is, ‘why do they feel bad?’ and I think the answer is complex. Some studies have looked at depression scores in patients who’ve had botulinum toxin treatments, and there has been a significant improvement in their Hospital Anxiety and Depression Scale (HADS) score.7-11

Psychologically, when we look in the mirror and we’re looking good, and not tired, angry or ill, we feel better. So why is that not to be celebrated? Why is it we feel ashamed about owning the desire to look good? Women especially are often told we should look a certain way and care for ourselves, yet we’re not encouraged to talk about it or seek treatments. Sadly, we hear a lot about ‘shaming’, particularly on social media today – fat shaming, body shaming and now even dermal filler shaming. I am often surprised by how it can take a major life event to get people out of this mindset. Patients say, ‘I’ve lived through breast cancer. I don’t care what XYZ thinks. I’m going to do this for me’. It’s brilliant that they’re doing it, but I also feel sad that it’s taken a significant life event to make them live their lives. Another factor of guilt is about spending money on yourself. Women are hormonally created due to our ability to have children. We nurture, love and care, but it’s difficult if you’re coming from a place of resentment, tiredness, and feeling bad about yourself. It’s that guilt that particularly mothers have about putting themselves higher up the ladder.

Addressing guilt and shame among your patients

In my clinic, our messaging is about ‘self-care, guilt-free’. I think it begins with training your team and recruiting members who have similar values to you. The message of looking after yourself is important. Those core values must come through by your team. When we recruit, we actively ask candidates about self-care as an interview question. We ask, ‘are you someone who engages in self-care?’ or ‘what’s your idea of self-care?’ If there’s someone who says, ‘oh, I don’t really think about self-care,’ then perhaps they are not the right person. The messaging also comes through in our social media, newsletters and marketing. We give patients tips on how to implement it as we want them to look at themselves, rather than just their skin or comparing frown lines. We even created self-care boxes in lockdown so that patients could still access a ritual for themselves and do their own facials.

For the patient, it begins with bringing the conversation into your consultation. You will never get anyone to engage with your services if they are feeling guilty. I lay it out on the table, so they can talk and express it openly. It is powerful to engage people in a conversation about their preconceptions of aesthetics and tell them they are not alone in the feelings they are experiencing. To explore this with your patients you should ask open questions. You should always ask them what brought them in? Why now? What will the results mean to them? Other good questions include, ‘what is it going to give you? Not just how you look, but how are you going to feel?’, ‘have you told anyone?’, ‘does anyone else know you’ve come along?’ It is important to ascertain how much stress is there and helps gauge my understanding of them.

For American research professor Brene Brown, vulnerability is part of the key to addressing shame. She says that when we are in shame, it is because we feel unworthy of love.4 If we can hold a space for our patients to be vulnerable and talk about these feelings, we can start to challenge them. We must never pressure patients into treatments, but I think we can pick patients up on their language in the consultation and gently challenge these stories. For example, if a patient is repeating a message or brings up a shame-fuelled concern such as, ‘what sort of role model am I for my daughter?’, I might say, ‘can I just challenge that? I disagree with you. I think it’s important that your daughter is growing up to see her mum putting herself first and looking after herself. You are saying to her, ‘I value my appearance’, and there is no shame in that.

There are many types of red flag patients, but one key red flag for me, which would cause me to refuse a patient treatment, is if someone is putting themselves in danger. This could be financial danger because they are maxing out a credit card or getting in debt. If they are in a situation where they’ve been frog-marched in, or feeling fearful of being there, for fear of their partner finding out. These are extreme examples, but I would argue that most people will voice an opinion about feeling shameful and guilty to some extent.

There is a theory that sometimes people are too scared to be brilliant. However, American author Marianne Williamson wrote in A Return to Love: Reflections on the Principles of A Course in Miracles, ‘Our deepest fear is not that we are inadequate. Our deepest fear is that we are powerful beyond measure. It is our light, not our darkness that most frightens us. We ask ourselves, ‘who am I to be brilliant, gorgeous, talented, fabulous? Actually, who are you not to be?’12 Some of my patients say, ‘I’m not going to look too done, am I? Is anyone going to notice?’ My response is ‘most likely, no one’s going to know that you’ve had injectables done, but they’re going to know that you’re looking well. Are you ready for those comments? How are you going to deal with the positive feedback about how you’re looking?’ People aren’t used to living their best life. We shouldn’t underestimate the importance of self-esteem.

Open up the conversation!

I would like to see patients moving away from shame-driven denial or hiding away when having procedures. Brown says that shame needs three things to grow: secrecy, silence and judgement, and empathy is the antidote.4 By opening the conversations around shame in our consultations, we can break the silence, challenge the judgment, and remove the stigma around the need for secrecy.