Recognising the Impact of Facial Differences 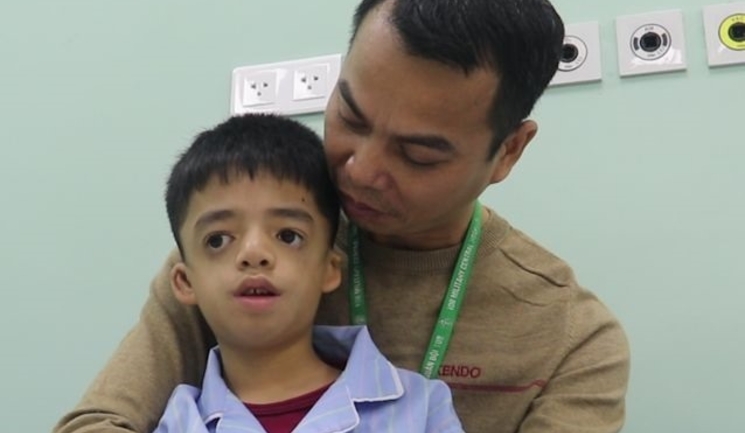 After describing the harrowing physical differences children can live with in our June issue, we spend this month focusing on the psychological trauma of these children and their families.

According to Facing the World, many children suffer from severe mental health issues as a result of their condition. The charity claims that most are unable to attend school or become productive members of society.1 And not only do the children’s facial differences affect them, they greatly impact their families too. Facing the World notes that with a lack of education in Vietnam around how and why the deformities occur, families are often blamed and shunned by their community.1

In a study published in the Journal of Paediatric Psychology, researchers explain that individuals with visible differences are likely to experience stigmatising behaviours such as staring, avoiding, teasing and manifestations of pity. They also say that the severity of a condition is not a reliable predictor of psychological distress, meaning even those with slight facial differences can be affected.2

After conducting a literature review of available information on the subject, as well as leading their own research for the study, titled ‘Stigmatisation Predicts Psychological Adjustment and Quality of Life in Children and Adolescents with a Facial Difference’, the authors summarise that individuals with a facial difference could conclude that they are ‘deficient relative to their peers, which can lead to negative self-images and subsequent psychological difficulties’.2 As a result of this, they say that affected individuals could react with avoidance of potentially painful social encounters, which again, may constrain their psychosocial development.

Teasing and poor peer acceptance may contribute to emotional problems, such as an increased sense of loneliness and social isolation.2 And while corrective surgery will of course be of benefit, complete resolution is not always obtainable. The authors therefore advise that medical care should be accompanied by psychological assistance.2 A combination of cognitive behavioural therapy and social skills training, with inclusion of the parents is advised, which Facing the World is able to offer with your kind donations.