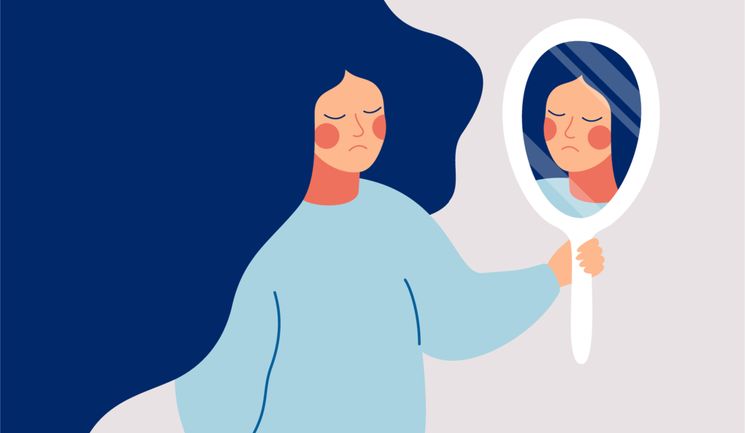 Body dysmorphic disorder (BDD) is a condition commonly characterised by a person excessively and persistently worrying about perceived flaws in their appearance.1 According to Veale et al.,2 BDD is a very underdiagnosed condition, particularly within the cosmetic surgery industry. The Cosmetic Practice Standards Authority highlights that a clinician must assess and document any evidence of a patient’s body dysmorphia prior to providing treatment.3 It is commonly thought that patients suffering from BDD frequently have ‘unrealistic expectations’ of treatment outcome and are therefore more likely to be unhappy with results.4

Additionally, there have been reported cases of dissatisfied BDD patients attempting to sue surgeons whom they believe have worsened their perceived flaw following treatment.5 In such cases, patient capacity to provide ‘valid’ consent could be questioned.6 According to the Dental Defense Union (DDU), for informed consent to be deemed ‘valid’, the patient ‘must have capacity’, and consent should be ‘given voluntarily’.7 Whether BDD decreases one’s ability to make an ‘informed decision’ is debatable, however, it is something that is important for clinicians to assess on an individual patient basis.8

When researching BDD, I found much past literature which cited the condition as a contraindication to receiving aesthetic treatment.9 A study conducted by Bouman et al. found that approximately two thirds of dermatologic surgeons considered BDD a contraindication for cosmetic procedures.10 These clinicians argued that BDD is a patient’s issue with their own body image, and therefore cosmetic surgery/ procedures will not resolve the issues the patients have. It is believed instead that the condition itself should be treated first. According to the Clinical Practice Standards Authority,3 once BDD has been identified, referral to a psychological/ psychiatric professional is advised prior to commencing cosmetic treatment.

In contrast to this view, an increasing number of clinicians believe that the decision whether or not to treat a patient should be based on the severity of the patient’s BDD.11 It is suggested that patients with ‘severe BDD’ will likely show ‘impairment of functioning’.12 They are also more likely to be depressed and have more irrational behaviour.13 In contrast to this, those with ‘mild-to-moderate’ BDD have been found to have more ‘localised appearance concerns’ and ‘realistic expectations’ when it comes to treatment.14

While most studies agree that cosmetic procedures in the ‘severe’ category of patients should be contraindicated, it is felt by some that those with ‘mild-to-moderate BDD’, may actually benefit from cosmetic treatment.15 A study conducted by Felix et al. in 2014 found that out of 31 patients, 90% with mild-to-moderate BDD were pleased with their surgical procedure outcomes one-year post-op.15 Yet despite these clinical studies, there does not seem to be any clinical guidelines specifically advising practitioners whether or not to treat patients with differing severities of BDD. For this reason, the choice fundamentally lies with the practitioner.

How this influences practice These studies do help to reinforce the importance of identifying BDD during the consultation process, prior to any cosmetic procedures. The JCCP competency framework supports this notion, stating that as a practitioner, you ‘must assess the patient for psychological conditions and deliver appropriate treatment accordingly’.16

Joseph et al. states that generally, clinicians are not very good at screening for patients with BDD on their own, in comparison to when using a validated screening tool.14 According to Higgins and Wysong, the gold standard diagnosis tool for BDD is a 24-question structured clinical interview assessment; commonly used in a psychiatric setting for evaluation of DSM-IV psychiatric disorders.4 It is believed that this assessment can take multiple hours to complete, which is unrealistic when treating patients in a busy clinic. There are therefore two validated screening tools that exist, the BDD Questionnaire (BDDQ) and Dysmorphic Concern Questionnaire (DCQ).17

These screening tools, however, have been shortened and adapted from use in a psychiatric setting to a cosmetic one, and therefore seem to only provide a ‘potential BDD’ diagnosis rather than a definitive one.4 They also don’t help to assess the ‘severity’ of BDD cases. For this reason, it is advised that if you recognise BDD as a potential diagnosis in practice, you should always involve a multidisciplinary team, for help both in the diagnosis confirmation, but also the appropriateness for treatment.11,18 According to Kapsali et al., the Yale-Brown Obsessive-Compulsive Scale Modified for Body Dysmorphic Disorder (BDD-YBOCS) is the most commonly used scale to measure BDD severity.19 Despite this, it is mainly used in research studies and in a psychiatric setting rather than in medical practice.19 I believe a clinical screening tool for BDD severity may be a useful aid for clinicians, allowing them to help assess patient suitability for cosmetic treatment. By utilising any of these BDD screening tools in practice, and referring appropriately if required, in theory this should help to optimise patient satisfaction rates of those undergoing treatments and also prevent legal implications that can occur when patients are dissatisfied post procedure.

BDD is a prevalent but underdiagnosed mental health condition commonly found in patients within the cosmetic treatment environment.10 While BDD is considered by some as a contraindication for cosmetic treatment,10 others support evaluating BDD severity prior to making a decision.13 In order to assess the severity of BDD, I believe a new validated, preoperative clinical screening tool would be beneficial in practice.17 Additionally, providing a multidisciplinary approach to treatment is also important, working with a mental health team for patient referrals once the disorder is identified.3