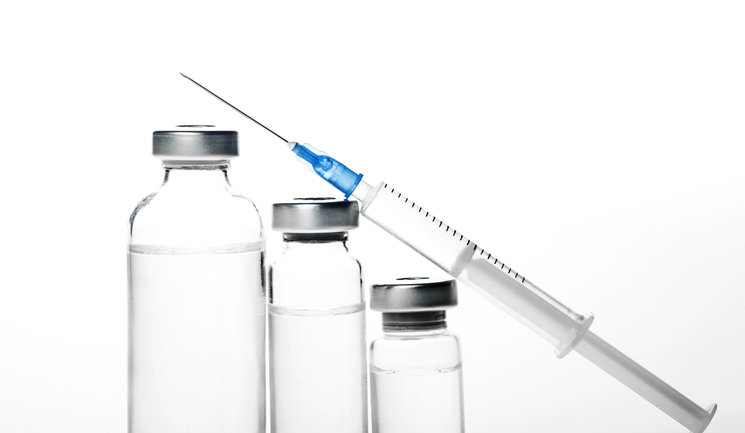 Dr Michelle Magid, Dr Jason Reichenberg and Tyler Willenbrink discuss the use of botulinum toxin A in the treatment of depression

Depression is the leading cause of disability worldwide and is a major contributor to the overall burden of disease, according to the World Health Organisation (WHO).1, 21 An estimated 350 million people of all ages suffer from depression.1 Depression varies from person to person, with some experiencing mild changes in mood and energy and others experiencing a significant sense of hopelessness, worthlessness, and helplessness. Signs and symptoms of depression include feelings of sadness, loss of interest in daily activities, loss of ability to feel pleasure, changes in sleep and eating behaviours, loss of energy, poor concentration, and in extreme cases, suicidal thoughts. It is still unclear exactly what causes depression; leading researchers believe it may be due an imbalance of hormones or chemicals in the brain (i.e. serotonin, dopamine, norepinephrine, testosterone, cortisol), or perhaps due to a dysregulated inflammatory or autoimmune response that is attacking the nervous system.22 The mainstay of treatment remains behavioural therapy and medication, but if remission is not achieved with these forms of therapy, few alternatives exist.2 Despite the myriad of antidepressants found on the market today, only 30% of patients experience symptomatic remission of their depression while taking first line medication.3 Up to a third may not achieve remission of their symptoms despite multiple medication trials.4 One, seemingly unlikely, solution has emerged as a viable option in this battle against depression: botulinum toxin A (BTA, onabotulinumtoxin A).

A case study was performed in 2006, which indicated a reduction in depressive symptoms in nine out of 10 patients with major depressive disorder (MDD) when treated with botulinum toxin A.5 Since that time, another case series,6 three randomised controlled trials,7,8,9 a pooled analysis10 and a meta-analysis11 have all supported the findings that BTA can be effective in the treatment of depression.

The second case series, conducted in 2013, studied a group of 50 women, half of whom were diagnosed with depression.6 Using validated depression scales (Hamilton Depression Rating Scale and the Montgomery-Asberg Depression Rating Scale), the level of depression measured at 12 weeks was decreased by 54% in the group suffering from MDD. The self-esteem scores of the subjects also increased by more than 20% (P=0.004). In the patients without depression, their depression and self-esteem scores did not fluctuate during the study. The pooled analysis, in particular, indicated with high statistical power that the results of the prior studies were valid.10 This study consisted of 134 males and females from three randomised controlled trials who either received BTA (n=59) or placebo (n=75) into their glabellar region. The results indicated a decrease in depression scores by 45.7% in the group with depression, versus a 14.6% decrease in the placebo group. This corresponds to a 54.2% response rate and a 30.5% remission rate in the group with MDD (Figure 1).

The injection technique for all studies involves a series of five injections of BTA into the glabellar region. Females are injected with a total of 29 units of BTA, while males are injected with 39 units.7 For females, seven units are injected into the centre of the procerus muscle, six units into the medial corrugator muscles and five units into the lateral corrugators bilaterally. For males, two extra units in each area are given to account for their increased muscle mass (Figure 2). This technique was established by Eric Finzi, who did the first case series on BTA for depression5 and replicated it in subsequent studies to allow for easier inter-study comparisons.

How does it work?

Despite the success of BTA in the treatment of depression in the clinical studies mentioned, the reason behind its success is still under debate. Although it may seem logical, the idea that ‘looking better will make you feel better’ does not seem to be the case for improved mood. One study by Magid et al (author) indicated that the psychotropic effects of BTA injection persisted for at least 24 weeks, which was the full length of the trial.8 The paralytic effects of BTA last only 12-16 weeks, which makes it unlikely that cosmetic improvement is the sole cause of the improvement in mood. Another study by Lewis and Bowler compared the effects of BTA treatment in the glabella versus other cosmetic treatments including glycolic peels, laser treatments, dermal fillers and BTA in other locations.12 This study indicated comparative levels of cosmetic improvement between the two study groups, but the group receiving BTA in the glabellar region scored consistently lower in irritability, depression, and anxiety scores (P=0.003) after the treatment. Furthermore, one of the double-blinded trials showed a patient who actually disliked the cosmetic results of his treatment but experienced full remission of his MDD.7 Finally, and most importantly, a follow up meta-analysis of the previous BTA trials looked specifically at the correlation between improvement in wrinkle scores and improvement in mood. There was no correlation between the two, indicating that firstly, patients don’t necessarily need to have severe frown lines to be a candidate for the treatment and secondly, cosmetic improvement is not how BTA is exerting its mood-lifting effects.13 Thus, there are likely other factors in play.

The facial feedback hypothesis is considered by many experts on BTA therapy to be the most prominent player in BTA’s effects on depression. First postulated by Charles Darwin in 1872, this hypothesis hinges on the idea that facial expression serves as a stimulus for human emotion.2 A study by Adelmann and Zajonc suggested that study subjects who were asked to smile while watching a cartoon rated the cartoon as funnier.14 Thus, smiling at a joke can make the comedian seem funnier, while frowning at a party can make it seem less fun. Emotions that are common in depression, such as fear, sadness and anger, result in contraction of the muscles in the glabellar region. By paralysing these muscles, the ability to form facial expressions associated with negative emotions is inhibited, making it harder for patients to maintain these emotions.12

Behavioural theory postulates that individuals who physically appear unpleasant or angry are perceived in a negative light by their peers. In response, their social interactions are generally more negative.7 This can create a vicious cycle, which may lead to feelings of worthlessness and depression, caused primarily by a disagreeable facial expression. By inhibiting the actions of the corrugator and procerus muscles, the patients’ more pleasant facial expressions can serve to break the cycle and steadily improve their social interactions and feelings of self worth.

Although it may seem logical, the idea that ‘looking better will make you feel better’ does not seem to be the case for improved mood

A third theory supports the idea that BTA itself causes neurochemical changes in the brain, specifically the amygdala. The amygdala is responsible for emotional memory and is especially active in those who have experienced trauma.2 A hyperstimulated amygdala can lead to a fear response that is out of proportion to the stimulus, which predisposes the patient to depression and anxiety. BTA has been shown by functional MRI to reduce the amygdala response to negative stimuli.15,16 The reason for this is not well understood, but may be a result of decreased facial feedback from the trigeminal nerve to the amygdala, which would lend additional support to the facial feedback hypothesis mentioned above.2

The safety record of BTA injections to the glabellar region of the face is impressive.17 In the pooled analysis, the only notable side effect from BTA treatment was temporary headache, which was seen following injection in 13.6% of BTA subjects and 9.3% of the placebo group (not statistically significant).10

In comparing costs, a study was conducted by Beer to assess how the costs of BTA treatment would stack up compared to typical treatment of depression.18 This analysis showed that the annual costs for a patient in the US would be between $1,050 and $1,600 (£741 and £1,129) for BTA. In patients who respond to a generic antidepressant, the cost of BTA may be prohibitive. However, in patients with difficult-to-treat depression who may be using a combination of branded medication ($800-$2,400/£560-£1,690 annually) plus weekly psychotherapy ($2,000-$5,000/£1,410-£3,530 annually), BTA treatment may ultimately be the more cost effective option.2,18

The effects of BTA have been indicated to attenuate depression in patients as early as two weeks and have lasted up to six months.7,8 Further studies are needed to determine if the onset of action is even less than two weeks. It will also be valuable to study the optimum time of maintenance of BTA treatments, including assessment of whether adherence would improve if the injections were less frequent (i.e. twice a year).

The vast majority of evidence in support of BTA treatment uses evidence found with similar dosing strategies in the glabellar region of the face. Currently, larger studies are underway to provide further support of the most recent research.19 Going forward, further studies identifying whether a higher dose could create an even greater response could be valuable. Furthermore, looking into other facial regions for injection, such as the depressor anguli oris, may prove fruitful and also give us insight into the mechanism of action.2

A recent study has indicated that botulinum toxin may be effective, not only in depression, but other psychiatric disorders, such as borderline personality disorder.20 The study followed six consecutive cases where patients showed a reduction in symptoms between 49-94%. The idea rests on the fact that BTA treatment may cause a global attenuation of negative emotions. Borderline personality disorder is the prototype psychiatric disease of excessive negative emotion and thus may be a perfect candidate for BTA injections. A randomised controlled trial will be valuable to assess the validity of these initial findings.

Botulinum toxin A is currently being studied for the treatment of depression and other psychiatric disorders. For now, if patients seek ‘the botulinum dose used for depression’, we recommend 29 units for females and 39 units for males in the configuration outlined above. The ambitious and curious provider may want to track patients’ depression scores before and three to six weeks after treatment. For this purpose, we recommend using the Patient Health Care Questionnaire nine (PHQ-9), a simple and validated nine-question survey that can be filled out in five to 10 minutes by the patient in the waiting room. Botulinum toxin is currently not FDA approved for these indications, but if further studies uphold previous studies, it may become a standard treatment in the future.