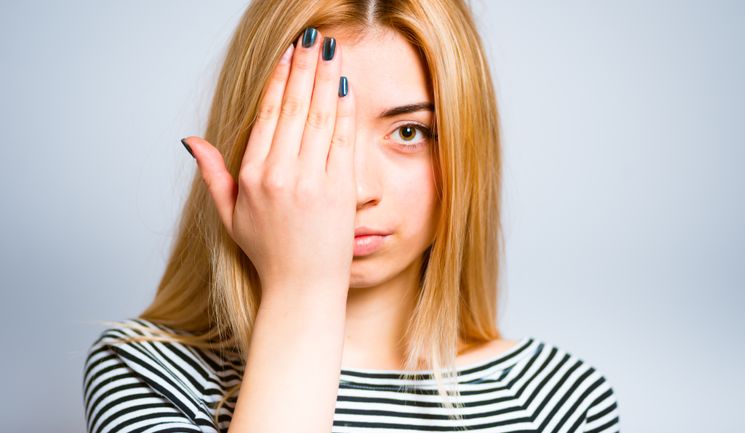 Peripheral facial nerve palsy refers to facial nerve damage from various medical conditions such as infection, trauma, malignancy, autoimmune conditions, and pregnancy. The most common disease causing peripheral facial nerve palsy is idiopathic facial paralysis, also known as Bell’s palsy.1 Reactivation of herpes simplex virus type 1 is known to be the most common cause of idiopathic Bell’s palsy, however in most cases aetiologies are not revealed.2 Bell’s palsy can be classified into acute, subacute, and chronic. Most commonly, the condition is unilateral; however, patients with bilateral facial palsy are also known.3

There is a broad spectrum of disorders associated with facial nerve paralysis that can be generally attributed to the three main pathological mechanisms: the denervated ipsilateral nerve, synkinesis of a nerve with paresis or partial recovery from complete facial paralysis, and contralateral hyperkinesis.3,4,5 Patients with complete flaccid facial paralysis, as well as the synkinetic and hyperkinetic patients, have a significant impact on their life quality.5 There are an extensive range of available treatments for facial reconstruction and reanimation, including but not limited to nerve grafting, muscle transfers, fat grafting, microsurgical patches, rhytidectomy, correction of lagophthalmos and blepharoplasty,6 however, following these, most patients have persistent facial asymmetries that require continued follow up. In long-term management, botulinum toxin A (BoNT-A) injections remain a vital tool in the treatment of patients with facial paralysis, particularly in the case of synkinesis, contralateral hyperkinesis and general facial imbalance.7

A 56-year-old Caucasian woman presented to me with concerns of altered facial aesthetics and facial asymmetry as a result of suffering from chronic Bell’s palsy. The patient had a history of idiopathic right-sided Bell’s palsy since 2000, resulting in synkinesis with contralateral hyperkinesis. Her initial medical treatment included a two-staged facial palsy reconstruction procedure followed by the direct release of tethering in the right nasolabial area and fat grafting. Nine years ago, she had a fascia lata sling operation to improve the perioral symmetry at rest. An unresolved facial asymmetry accompanied by muscle soreness and neck pain was further treated under an NHS neurology team with regular BoNT-A injections to the affected side. She had been attending a clinic under the neurologist regularly but was unhappy with a lack of continuity of care and eventually stopped attending the clinic seven years ago.

Her main objective was to decrease the pain associated with muscle spasms and to improve her facial symmetry. The patient felt that her condition not only altered her facial aesthetics, but also caused speech and chewing impairment, difficulty expressing emotions, hyperlacrimation and ectropion, and most significantly affected her ability to express her emotions and smile.

The mechanism of facial paralysis was carefully explored during the consultation and all previous facial reanimation procedures noted. A careful physical examination was performed. This included detailed photo documentation and videography to analyse the patient’s face in rest and after a series of voluntary movements. The video of the patient’s usual speech pattern was also recorded to help in evaluation and assessment of her synkinesis. Any resting asymmetries were noted before asking the patient to complete a series of voluntary facial movements such as frowning, brow elevation, full eye closure, smile, pursing lips, and showing lower teeth.

In comparison with the unaffected left side, the right side had fewer wrinkles due to lack of muscular traction on the dermis. The lack of muscle movements on the paralysed side resulted in the facial imbalance, and the non-paralysed side of the face presented deviations in the periorbital, nasal and perioral regions, even in a relaxed state.

Starting from the upper to the lower face, on the attempt to raise the patient’s eyebrows, the frontalis muscle on the affected side failed to elevate, but exhibited a light degree of contraction when the patient was asked to close her eyes. There was also notable brow asymmetry as a result of corrugator asymmetry. The brow on the affected side was at a higher position at rest and failed to elevate with the contralateral brow, however, elevated with smiling. The palpebral fissure narrows with a smile, and there was a significant tightness of the affected mid-face region. There was a poor excursion of the modiolus and notable mentalis and platysma activation with smiling on the synkinetic side. A greater smile aggravated the existing asymmetry, and the unaffected side overcompensated for the affected synkinetic side.

Current techniques for treating long-term facial paralysis were discussed. Previous treatment to re-establish the facial symmetry, such as nerve grafting, muscle transfers, fat grafting and microsurgical patches, unfortunately, were unable to achieve a desired facial balance in the past. It was also discussed with the patient that the best results could be further obtained with a variety of techniques such as a rhytidectomy, correction of lagophthalmos and blepharoplasty.8 Finally, the role of the botulinum toxin in the management of facial paralysis was discussed, and it was advised that this treatment modality remains an essential tool in the management of facial paralysis and can significantly improve facial asymmetry.

Treatment approach with botulinum toxin to improve facial asymmetry was discussed with the patient, along with the advantages and possible side effects. A two-week cooling-off period was implemented before agreeing to go ahead. It was important that she could think carefully about the treatment, weighing benefits against possible side effects. We decided to go ahead with treatment and the patient signed all relevant informed consent forms.

It is essential for practitioners to understand that facial palsy is complicated by ipsilateral synkinesis and contralateral hyperkinesis, and both sides of the face are affected. It is therefore crucial to treat and evaluate the unaffected side as well as the affected side.9,10 Makeup was removed before the procedure, and the area was carefully disinfected with Clinisept+ Prep & Procedure. The patient was also offered topical anaesthetic cream despite the fact this is rarely required, but it was declined. My product of choice was Botox, as this is the brand I commonly use in my practice. 100 units of BoNT-A per vial was diluted with preservative-free 0.9% sodium chloride to a concentration of five units per 0.1 ml. The treatment was performed with a 32 gauge hypodermic needle and a 1ml syringe was used during the procedure. Based on experience, I have found that procedure is more comfortable if performed with a 32 gauge needle.

The entire forehead was treated to address all the above asymmetries. A total of 12.5 units were administered intramuscularly in the glabellar complex and 15 units in frontalis muscle.

In the periorbital region, visible palpebral narrowing with smiling on the affected side was treated with small doses of BoNT-A close to the upper and lower lid margins in the pretarsal orbicularis oculi muscle, as it is known to contribute to the palpebral narrowing.10 The prominent lateral orbital was treated on both the affected and the unaffected side to achieve symmetry. A total of 20 units were used in the periorbital area bilaterally.

In the lower face, there was a notable asymmetric smile, caused by loss of function of the lip depressors, and strong activation of mentalis and platysma with smiling on the synkinetic side. This part of the face was treated with five units to weaken the intact depressor anguli oris, eight units to treat the entire mentalis muscle and 15 units to treat abnormal platysmal activation.

After the treatment, light pressure was applied to the injection sites, and the treated area was again carefully disinfected with Clinisept+ Prep & Procedure. It is imperative to discuss post-procedure care with the patient and to highlight the importance of the aftercare in the prevention of possible side effects. Following treatment, the patient was advised to avoid makeup, exposure to heat, keep her face clean, avoid alcohol, NSAIDs and physical activity for the next 24 hours.

Possible complications of botulinum toxin injections were discussed with the patient, and she had previously been advised that the medication is safe and effective, and that allergic reactions are rare. The most common side effects are local tissue responses such as erythema, oedema, pain, headache and short-term hyperesthesia.11 The patient was advised that the treatment outcomes could be appreciated after two weeks, and a two-week follow-up appointment was scheduled to review and to perform any additional treatment as necessary.

At the two-week review, the patient was thrilled with the results. Even at rest, there was a significant improvement in the overall facial balance and harmony of her face. She reported improvement in her speech and chewing process. Most significantly, she felt happy about achieving improvement in facial symmetry and being able to express her emotions and smile in confidence.

She was advised to attend a routine follow-up appointment to assess her progress, and repeat the treatment to maintain results.

Administration of BoNT-A injection has been proven to be effective in reducing muscular hyperkinesis in patients with residual facial asymmetry after primary surgery for facial palsy, improving aesthetic and functional facial recovery with few adverse events.8

It is essential to understand that facial palsy is complicated by ipsilateral synkinesis and contralateral hyperkinesis, and both sides of the face are affected. Therefore, it is crucial to treat and evaluate the unaffected side as well as the affected side.10